Where in health am I? : Home / Health Cloud / StaynHealthy / Brain Health / Mind

In my opinion, there is no aspect of reality beyond the reach of the human mind - Stephen Hawking 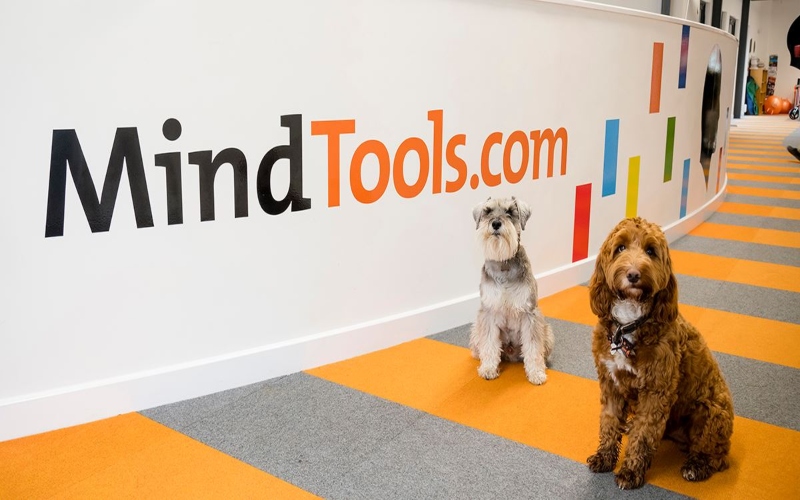 Scientists say your “mind” isn’t confined to your brain, or even your body

You might wonder, at some point today, what’s going on in another person’s mind. You may compliment someone’s great mind, or say they are out of their mind. You may even try to expand or free your own mind.

But what is a mind? Defining the concept is a surprisingly slippery task. The mind is the seat of consciousness, the essence of your being. Without a mind, you cannot be considered meaningfully alive. So what exactly, and where precisely, is it?

Traditionally, scientists have tried to define the mind as the product of brain activity: The brain is the physical substance, and the mind is the conscious product of those firing neurons, according to the classic argument. But…

The Mind vs. Brain, Is There a Difference?

The mind is more than the sum of its neuronal connections.

Feel Like You’re Going Out of Your Mind? Consider Your Mind-Set

No one likes to make mistakes, but how you manage them can be a key to a stronger future.

The Mind Of The Village: Understanding Our Implicit Biases

Where do our minds live? A simple, scientific response would be to say our minds live in our brains. But Harvard psychologist Mahzarin Banaji says we should not think of our minds as being solitary. "The individual mind sits in society. And the connection between mind and society is an extremely important one that should not be forgotten."

A guide to help you better understand your brain.

Vox’s Netflix show Explained is back with a miniseries on the mind narrated by Emma Stone.

Why we react to inconvenient truths as if they were personal insults.

Steven Zuckerberg, Sergei Brynn and Larry Page and their ilk are reportedly well-meaning people. And I imagine their employees try to live up to some version of Google’s motto. But good intentions not enough, as outlined in a recent, splendid Guardian piece by Paul Lewis. Google, Facebook & social media, Lewis suggests, are weakening our ability to think deeply, reflect and learn. They are master manipulators, Lewis continues, who are weakening us, hurting our children and degrading democracy.

Beautiful Brain Art Uncovers the Complexity of the Human Mind

Can Your Smartphone Read Your Mind?

Does the Mind Create the Brain or Does the Brain Create Mind?

One thing, however, is certain. The brain isn’t going to tell us the answers we seek—it holds no secrets about truth, beauty creativity, intelligence, insight, or personal evolution.

Gardening is the best medicine for the mind

Since I had a nervous breakdown, nothing has lifted my spirits more, or has made me feel saner, than my garden.

If you could clear your mind, clarify your thoughts, improve your relationships and visualize the path to achieve your goals, all in under two minutes or less, you’d do it, right? Sure, you can do a lot of things in under two minutes ― brush your teeth, make your bed, bake any of these saliva-inducing desserts ― but finding a two-minute exercise that’ll leave you feeling accomplished, present and fulfilled? That’s another thing.

Mr. Wheal talked about the perils of information overload in our content-rich era. “A literate person in the European Middle Ages,” he said, “consumed the same amount of content in their entire lives as we do reading a single edition of the Sunday New York Times.”

Inside the Theater of the Mind

Emotions don’t happen to us—we construct them to make sense of what’s happening inside us.

Inside the Theater of the Mind

Emotions don’t happen to us—we construct them to make sense of what’s happening inside us.

Is an Optimistic Mind Associated with a Healthy Heart?

Many poets, philosophers, and thinkers throughout history have recognized the intimate link between physical and mental health.

Move it, move it: how physical activity at school helps the mind (as well as the body)

Physical education has been perceived as only dealing with the “movement of the body” or the “non-thinking thing”. So historically, it has been pushed to the periphery. For example, physical education is yet to be an endorsed focus for the national senior secondary curriculum. Yet over the past two decades, growing research has strongly recognised the inter-connections between body and mind.

The Life of the Mind

Can biographies really help us understand the scientific ideas that shape our world?

The MIND App: GE Healthcare is Making an Impact in Neurological Disorders

The MIND app is being utilized in a variety of care settings from loved ones at home with their families to dementia care facilities, adult day stays, home health, and skilled nursing facilities across the United States, Canada and in other countries.

The Mind of the Prodigy

Prodigies dazzle us with their virtuoso violin concertos, seemingly prescient chess moves, and vivid paintings. While their work would be enough to impress us if they were 40, prodigies typically reach adult levels of performance in non-verbal, rule-based domains such as chess, art, and music before the age of 10.

The Older Mind May Just Be a Fuller Mind

People of a certain age (and we know who we are) don’t spend much leisure time reviewing the research into cognitive performance and aging. The story is grim, for one thing: Memory’s speed and accuracy begin to slip around age 25 and keep on slipping.

The Quest to Read the Human Mind

If a few very smart neuroscientists are right, with enough number crunching and a powerful brain scanner, science can pluck pictures—and maybe one day even thoughts— directly from your brain.

What Would It Be Like to Walk Through the Mind?

Our brains store and manipulate information in patterns of electrical activation. Most neurobiologists accept that those patterns are the physical embodiment of mind—but they are encased in our skulls, buried in gelatinous brain tissue. We can’t scrutinize them or feel them directly.

What’s The Difference Between The Mind And The Brain?

We all know what our brain is, right? It is that three pounds of “convoluted mass of gray and white matter” in our heads “serving to control and coordinate mental and physical actions.”

When the Body Attacks the Mind

A physiological theory of mental illness.

More fundamentally, the new studies reveal a subconscious brain that is far more active, purposeful and independent than previously known. Goals, whether to eat, mate or devour an iced latte, are like neural software programs that can only be run one at a time, and the unconscious is perfectly capable of running the program it chooses.

Why You Don’t Know Your Own Mind

It is often said that we can never truly know the minds of others, because we can’t “get inside their heads.” Our ability to know our own minds, though, is rarely called into question. It is assumed that your experience of your own consciousness clinches the assertion that you “know your own mind” in a way that no one else can. This is a mistake. Ever since Plato, philosophers have, without much argument, shared common sense’s confidence about the nature of its own thoughts.

Scientists say your “mind” isn’t confined to your brain, or even your body

You might wonder, at some point today, what’s going on in another person’s mind. You may compliment someone’s great mind, or say they are out of their mind. You may even try to expand or free your own mind.

Humans spend about half of their waking hours thinking about something other than what they’re actually doing in the present.

8 Fascinating Things We Learned About The Mind In 2015

As the New Horizons spacecraft made its historic flight to Pluto and some scientists explored the far reaches of our solar system, others were making some incredible advances in their exploration of the inner workings of the mind.

Top 10 Mysteries of the Mind

Much of what we don't understand about being human is simply in our heads. The brain is a befuddling organ, as are the very questions of life and death, consciousness, sleep, and much more. Here's a heads-up on what's known and what's not understood about your noggin.

Neuroscience and psychology news and views.

Mind Tools' mission is "to help people around the world learn the practical skills needed to excel in their careers."

At mindbodygreen we take a 360 degree approach to wellness that incorporates mental, physical, spiritual, emotional, and environmental well-being—because we believe these pillars of wellness are vital and interconnected.

I quit my job in 2015 to travel the world and work full-time on the Internet. Refine The Mind is where I question all the things and share the most vitalizing, useful insights I happen upon.

Sparring Mind is a newsletter with a single purpose: to surface practical, non-obvious advice on how to make things that matter.

This blog reports new ideas and work on mind, brain, and behavior - as well as random curious stuff.

The Insightful Bean blog is about exploring Life, Work, and Education differently. How can we learn our own skills? How can I contribute to my community? What (and why) do I care about? How do I find problems?