Where in health am I? : Home / Health Cloud / StaynHealthy / Brain Health / Mind / Daydreaming

Visualization is daydreaming with a purpose - Bo Bennett 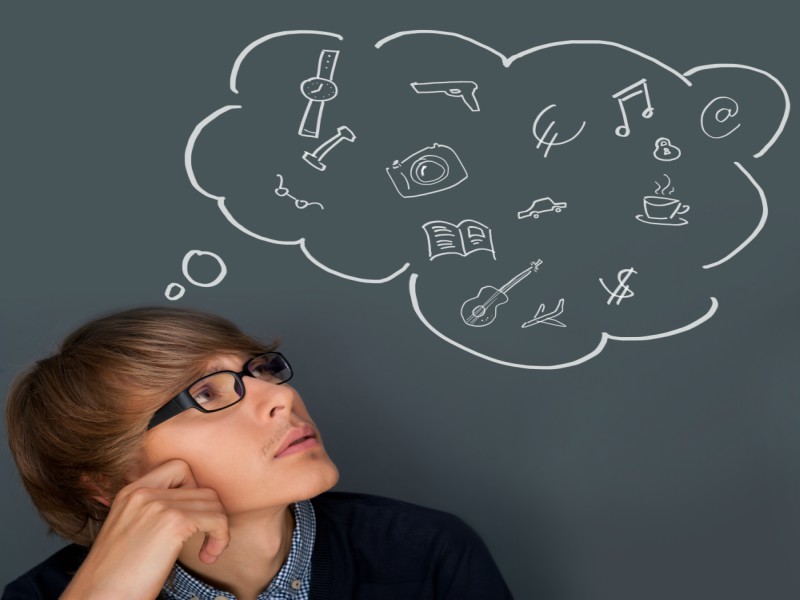 When the Mind Wanders

In 2014, one in 16 Americans visited the ER for home injuries that resulted from, among other things, fumbling knives (the cause of at least 249,000 injuries), ladders (at least 105,000), and cookware (at least 22,000). One of the main causes of these accidents? A wandering mind, says Steve Casner, the author of Careful: A User’s Guide to Our Injury-Prone Minds. By one estimate, he notes, people daydream through nearly half their waking hours.

Psychologists have recently focused more intently on the tendency to think about something other than the task at hand. For one experiment, two Harvard researchers developed an iPhone app to analyze the relationship between daydreaming and…

Daydreaming may, in fact, be a sign of greater intelligence

Your high-school teacher may have been wrong to tell you off for not paying attention. Scientists at the Georgia Institute of Technology recently published a study in the journal Neuropsychologia that suggested a strong correlation between a person’s tendency to daydream and the strength and efficiency of their brains.

The dark side of daydreaming

One of the downsides to daydreaming is that it can get in the way of learning. When people daydream during reading tests, they tend to perform poorly in subsequent comprehension tests. If attention is diverted away from words on the page and directed to the content of the daydream, retrieving information can be seriously affected. Considering reading and understanding is one of the main ways in which educational success is measured, daydreaming can come at a high price.

The daydream that never stops

Once, the idea of daydreaming into adulthood horrified her. She wanted to grow out of it. But now she thinks it's a useful tool for creative projects like writing. “I would love to have it for the rest of my life,” she says. “I hope it never goes.”

A Wandering Mind Isn’t Just A Distraction. It May Be Your Brain’s Default State.

This realization may help us better understand creativity and mental illness.

Are Social Daydreams Related to Well-Being?

Daydreaming often gets a bad reputation. While yes– researchers have associated “lapses of attention” with memory loss and depression, here’s the thing: not all daydreaming is a lapse of attention.

Jerome L. Singer is the father of daydreaming. His seminal research over the past 50+ years with his colleagues (including John Antrobus and Eric Klinger) has laid the foundations for virtually all current investigations of the costs and benefits of daydreaming and mind wandering...

Daydream believer: why your brain is wired to wander

We are usually told that daydreaming is a waste of time and mental power, but the ability to daydream offers us tremendous flexibility in our daily lives.

Doodling, Daydreaming And Eight Other Ways To Tap Your Creative Side

Daydreaming is great for your creativity, too. We are too task-oriented at work most of the time and it hurts us. We don't see obvious connections between things we're working on, because we're stuck at the task level of activity — nose almost in the dirt.

How Daydreaming Can Actually Make You Smarter

Daydreaming gets a pretty bad rap. It’s often equated with laziness, and we tend to write off people with wandering minds as being absent-minded “space cadets” who can’t get their heads out of the clouds.

Remember all those times you’ve found yourself rudely jarred back to reality after a nice daydream by somebody telling you to “snap out of it” or somebody waving their hand in front of your face like you were some sort of deranged motion detector?

The Benefits of Daydreaming

A new study indicates that daydreamers are better at remembering information in the face of distraction.

The Cost of Daydreaming

The insight was stunning. I began to realize what daydreaming had done for me — and to me.

Is sluggish cognitive tempo a disease or disease mongering?

The Origins of Positive-Constructive Daydreaming

This is an exciting time for mind-wandering in psychology. In the past decade, research has shed much light on the mental state of inattention. Amidst all this research, however, we want to make sure daydreaming doesn’t get overlooked.

The Power of Daydreaming

Exciting new research compares daydreaming in the laboratory with that in the real world.

When Daydreaming Becomes a Problem

Should elaborate fantasies be considered a psychiatric disorder?

When the Mind Wanders

An anatomy of daydreaming.

Daydream Education is recognized as a leading provider of educational posters, study guides and interactive software with a range that spans over 20 subjects from kindergarten to grade 12 and higher. By combining a bold, visual approach with simple, concise information, we have provided over five million products to more than 500,000 classrooms worldwide.

Do you daydream in an excessive way? Do you weave intricate, elaborate fantasy worlds in your mind? Do you experience daydreaming as an addiction, or find that it causes real problems in your life? If you do, you are far from being alone; there are a lot of people out there who experience this as well. I've seen many, many people post comments about this issue in various forums all over the internet.

Hello & welcome to Keep Your Daydream. We’re Marc & Tricia and we’re glad you’re here. We personally want to invite you to follow our adventure on YouTube, listen to the podcast and read our blog for inspiration to turn your “someday” into now! There is no question that we’re living the dream…but it wasn’t by accident and it wasn’t easy.