Where in health am I? : Home / Health Cloud / StaynHealthy / Brain Health / Mind / Paranormal

But I do believe in the paranormal, that there are things our brains just can't understand - Art Bell 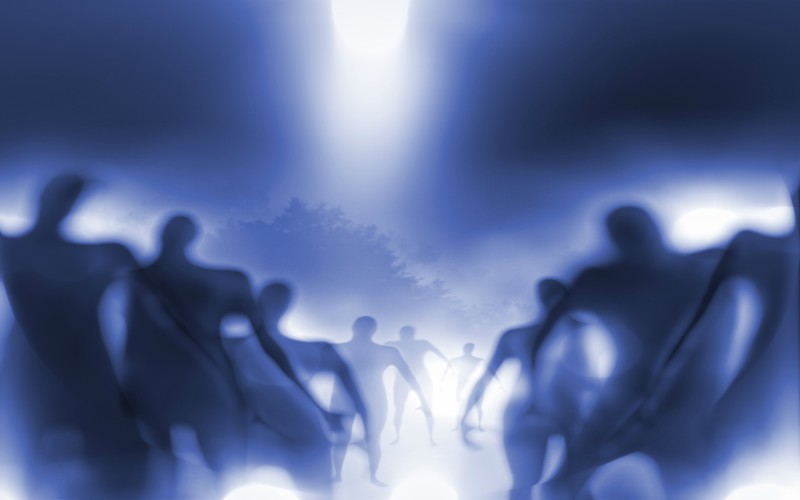 The Truth about the Paranormal

Soon after World War II, Winston Churchill was visiting the White House when he is said to have had an uncanny experience. Having had a long bath with a Scotch and cigar, he reportedly walked into the adjoining bedroom – only to be met by the ghost of Abraham Lincoln. Unflappable, even while completely naked, Churchill apparently announced: “Good evening, Mr President. You seem to have me at a disadvantage.” The spirit smiled and vanished.

His supposed contact with the supernatural puts Churchill in illustrious company. Arthur Conan Doyle spoke to ghosts through mediums, while Alan Turing believed in telepathy. Three men who were all known for their razor-sharp thinking, yet couldn’t…

Brilliant Scientists Are Open-Minded about Paranormal Stuff, So Why Not You?

As Turing noted, paranormal phenomena such as telepathy and telekinesis "seem to deny all our usual scientific ideas. How we should like to discredit them! Unfortunately the statistical evidence, at least for telepathy, is overwhelming.

How Come Some People Believe in the Paranormal?

Recent research has shown that people who espouse paranormal and conspiratorial beliefs are much more susceptible to the conjunction-fallacy.

Is It Possible to Measure Supernatural or Paranormal Phenomena?

Where the known meets the unknown we are tempted to inject paranormal and supernatural forces to explain unsolved mysteries. We must resist the temptation because such efforts can never succeed.

The science behind the myths: Are there clinical explanations for vampires, zombies or werewolves?

This tendency of humans to create their own explanations for unusual phenomena may have led to the invention of mythological creatures such as those now seen dominating fantasy writing and films. From a scientific point of view, it is interesting to investigate the source of these myths. How did they come about and why did they become so popular?

The Truth Is Out There, and the Feds Paid to Find It

I had my first paranormal experience as a teenager. My father had purchased a small cabin on a lake in Minnesota, and needed a new well.

The Truth about the Paranormal

In the 21st Century, why do so many people still believe in the paranormal? David Robson discovers that there’s good reason we hold superstitions – and a few surprising benefits.

It's easy to believe in the supernatural when you're lying awake in bed at 3 a.m. after many episodes of the show Supernatural. However, many people stick to the "ghosts are totally real" mindset even once the sun has come back up, despite researchers' ongoing attempts to ruin every single seemingly supernatural mystery with easy explanations. After all, everyone has seen something they can't explain.

8 Eminent Scientists Who Believe(d) In the Paranormal

There is a long history of scientific inquiry into the paranormal. Most scientists won't openly profess to a belief in the paranormal or supernatural for fear of professional ridicule. But that's not always the case.

The Most Unique Paranormal Blog Ever!

Here, you'll see some of the most bizarre pieces of evidence regarding all things supernatural. In addition to being provided with as much information on a piece of evidence as possible, you'll be given reasons as to why said evidence could be seen as being either real or fake.

Your one stop for all things paranormal, strange, dark and macabre!