Where in health am I? : Home / Health Cloud / StaynHealthy / Child Health / Environmental Hazards

We do not inherit the earth from our ancestors, we borrow it from our children - Native American Proverb 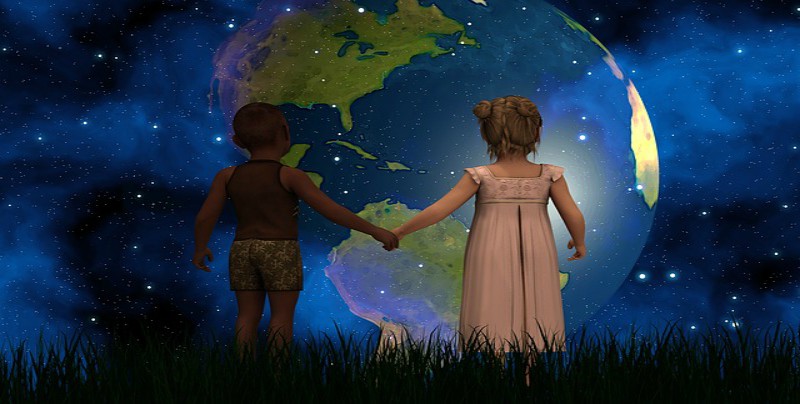 Too Clean for Our Children’s Good?

When a toddler’s pacifier falls out of his mouth and onto the ground, does it get confiscated and boiled by anxious parents or just licked off and reinserted by the more casually inclined?

Many parents, quite reasonably, worry about germs and dirt finding their way into a child’s mouth. But many have also heard in recent years of the “hygiene hypothesis,” which holds that some exposure to germs and microorganisms in early childhood is actually good for us because it helps develop the immune system. A 2013 Swedish study, for example, showed that children whose parents just sucked their pacifiers clean had a lower risk of developing eczema.

When we talk about the hygiene…

Do YOU know the hidden hazards putting your child at risk?

Accidents are an inevitable part of growing up, but they are also the leading cause of death in children and account for 1 in 12 deaths of children aged one to four in the UK. Here are the ones to watch out for that you might not think of.

These Common Household Products Are Actually a Choking Hazard

Just as soon as you think you have one stage of parenthood and babyhood mastered another stage comes, well, crawling along — and everything changes.

When 'Safer At Home' Comes At A Risk. Health Hazards Lurk For Some Low-Income Renters

Why Do Kids Chew on Everything?

Do you constantly find yourself telling your kids to stop biting their shirt sleeves or chewing on their pencils or even their hair? If so, you aren’t alone. Many kids will chew everything in sight, even without realizing they are doing it. So what is it about chewing? Why do kids do it past the age where it is deemed socially acceptable, and is it something parents should be concerned about?

A lack of data and guidelines is leaving consumers in the dark about virtual reality's potential negative side effects for kids.

Children Face Dangers On Farms, But Not From Farmwork

For anyone who's spent time on a farm, it's not hard to imagine a child killed by falling off a tractor, being crushed in a combine, or suffocated in a grain silo. But the vast majority of the cases – 86 percent of the deaths and 71 percent of the injuries — were not work-related.

A new study offers the most solid evidence to date that radiation from CT scans increases children's risk of developing leukemia and head and neck cancer.

Fact or Fiction?: Vaccines Are Dangerous

Overwhelming medical evidence shows that negative side effects are rare and minor.

How to Avoid the Biggest Holiday Hazards for Kids

Kids can be reckless and unpredictable (“He put WHAT in his mouth? She climbed up WHERE?”), but the good news is that adults can take a few simple steps to help stave off disaster — and respond sensibly if something does go wrong.

The story of Flint, Michigan's children being poisoned by lead-contaminated drinking water has, rightly, shocked and scandalized the nation. But while the situation in Flint is certainly an extreme case, the problem is much more widespread than many realize: Children in essentially every city in America are being exposed to hazardous levels of toxic lead, and very little is being done about it.

Experts identify common hazards in the home and what can be done to prevent accidents.

Making Your Home Safe for Children

You want your home to be a safe haven for your kids. Keep in mind that every year, thousands of children are hurt or killed in home incidents. But with a little care, many incidents can be prevented. Follow these tips to keep all areas of your home safe for children.

Repeated or lengthy use of general anesthesia may harm children’s brain development, the FDA warns.

While researchers debate about how harmful cellphones and wearable computers actually are, most agree that children should exercise caution.

The Impact of Technology on the Developing Child

While no one can argue the benefits of advanced technology in today’s world, connection to these devices may have resulted in a disconnection from what society should value most, children. Rather than hugging, playing, rough housing, and conversing with children, parents are increasingly resorting to providing their children with more TV, video games, and the latest iPads and cell phone devices, creating a deep and irreversible chasm between parent and child.

Think Again Before Letting Your Kid on a Trampoline

Parents have no idea how dangerous they are. Here’s what you need to know.

What are the key health dangers for children?

About two-thirds of child deaths are preventable through practical, low-cost interventions. WHO is improving child health by helping countries to deliver integrated, effective care in a continuum - starting with a healthy pregnancy for the mother, through birth and care up to five years of age. Investing in strong health systems is key to prevention and delivery of quality care.

What You Can Do to Protect Children from Environmental Risks

Or to put it in simpler terms: Wi-Fi is not more dangerous than previously thought, and it's not going to give your kids cancer.

Too Clean for Our Children’s Good?

Scrupulously separating children from the microbes that can be found in impure water, for example, or unpasteurized milk has played a major role in reducing infant and child mortality, enabling millions of children to live and thrive. But we’ve also come to ask, in recent years, whether children who are too completely walled off from the microbial surroundings in which our species evolved may grow up with some negative consequences of our ever-cleaner homes.

10 Hidden Health Hazards in Your Home

Some of the most serious hazards aren't outdoors—they're hiding in plain sight in even the most safety-minded households. Learn which unexpected items are risky, and take steps to avoid an accident.

Because of the frequency with which these chemicals are present in our everyday lives – even banned ones – and the rising rates of developmental disorders in children, the authors say that urgent change should take place: “A new framework of action is needed.”

It’s an exciting time when your baby starts walking and officially becomes a toddler, but their newfound mobility leaves them free to roam your house and get into all sorts of things. At best, it’s a nuisance; at worst, it’s straight-up dangerous.

4 Tips to Keep Your Kids from Swallowing Button Batteries

The biggest risk in swallowing these button batteries isn’t choking, as many people might suspect. It’s burning. When a button battery is swallowed, the saliva triggers an electrical current. This leads to a chemical reaction that can cause severe damage to kids in as little as two hours. Once burning begins, the results can affect a child for a lifetime.

A young boy performs a skateboard jump. He does not wear a helmet.From toxins to head injuries, children today face serious threats to their health. Perhaps more than ever it is important for parents to be aware of potential childhood dangers.

The national Green & Healthy Homes Initiative (GHHI) is implementing a cost-effective and integrated approach to housing interventions by combining federal and philanthropic investments in weatherization, energy efficiency, health and safety. GHHI is setting a new standard for policies and practices to create more sustainable, affordable and healthier homes.

TVA has a lot of information to help students understand what electricity is and how it's generated.

The Columbia Center for Children’s Environmental Health (the Center) conducts community-based research in the United States and overseas to study the health effects of prenatal and early postnatal exposures to common urban pollutants, with the aim of preventing environmentally related disease in children.

Much about how the environment can affect our health is unknown. What we do know is that environmental hazard exposure can affect a child's growth and development. The Tracking Network's information on children's environmental health can help you understand how you can protect children from environmental exposures so they can live a safer, healthier lives.

Children may be more vulnerable to environmental exposures than adults because their bodily systems are still developing, they eat more, drink more, and breathe more in proportion to their body size & their behavior can expose them more to chemicals and organisms. Protecting children's health from environmental risks is fundamental to EPA's mission.