Where in health am I? : Home / Health Cloud / StaynHealthy / Complementary & Alternative Health / Grounding

I do a lot of reading, meditating, and praying to stay as grounded as I can be in this crazy world - Jada Pinkett Smith 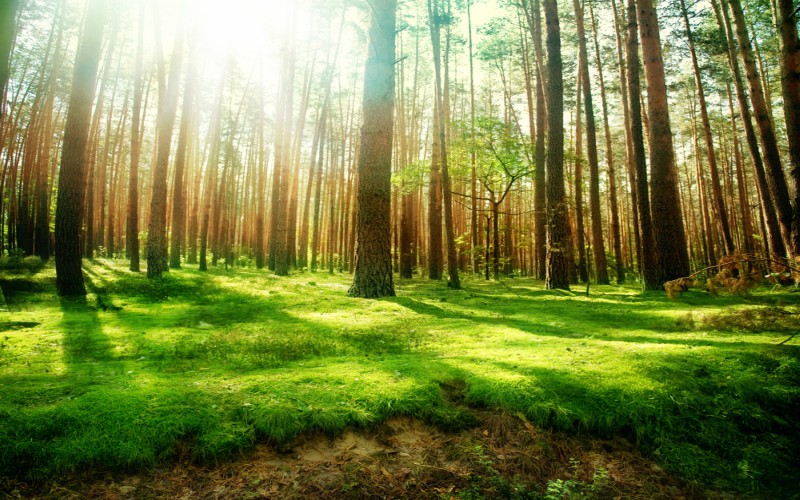 Human beings evolved in connection with the Earth's energy. We walked barefoot and we slept in contact with the Earth never realizing that its surface contained limitless, natural, healing energy. Walking around barefoot is not our main mode of travel any longer. We live indoors much of the time and when we do walk or run outside we wear rubber soled shoes which prevent our feet from being able to absorb the Earth's subtle energy. Rubber is not conductive, but our bodies are!

So here we find ourselves. Civilized in a modern world, but disconnected from a primal, powerful source of energy and healing. See, the Earth is basically a six sextillion (that's a six followed by twenty-one zeroes) metric ton battery that is continually being replenished by solar radiation, lightning, and heat from its deep-down molten core. The natural rhythmic pulsations of energy flowing through and emanating from the surface of the Earth keep the biological machinery and global life running in rhythm and balance-and that includes you! Unfortunately, we live like cut flowers, detached from the nourishing Earth energy. Earthing, also known as grounding, is simply reconnecting to the Earth's healing energy.

How do you ground? It is very simple; you've no doubt done it before! Walk barefoot in the grass, sand, dirt or on concrete. Like your body, these are conductive surfaces and the Earth's energy flows through them and into your body. Wood, asphalt, and vinyl, are not conductive. You can also connect to the Earth's energy by using simple barefoot substitutes. Barefoot substitutes consist of mats, bands, patches, and sheets, that when connected to the ground port of a grounded home or office outlet with a simple cord, connects you to the Earth's energy via the ground wire of the outlet.

Why should you ground? In recent years, inflammation has come to the forefront of medical attention and has been recognized as the leading trigger of chronic pain and most major health disorders, including cardiovascular disease, diabetes, arthritis, Alzheimer's, and cancer. "All roads to chronic disease lead through inflammation," researchers are increasingly saying. Bodies are on fire. Earthing appears to extinguish the flames through the transfer of negatively-charged electrons from the surface of the Earth into the body where they neutralize positively-charged destructive free radicals involved in chronic inflammation. The Earth's energy makes the ground beneath our feet an extremely effective and abundant antioxidant! And it's free. No pills, no prescriptions. All you have to do is reconnect.

The phenomenon of Earthing was discovered in 1998 while Clint Ober, a retired pioneer of the American cable TV industry, sat on a park bench watching people walk by. He realized that every one of us wears rubber soled shoes and that these shoes prevent us from connecting to the Earth. He knew from working in telecommunications that it was necessary to ground cable systems to protect them from other electromagnetic signals in the environment which would cause interference in the cable transmission.

He began to wonder what benefits humans could receive from connecting with the Earth and he set out to find the answer. After configuring simple grounding systems that could be used indoors (www.earthing.com), Mr. Ober discovered, first on himself and then on others, that the very same stabilizing influence of grounding used in telecommunications on wires could also lessen pain and improve sleep for humans when connected to the Earth. He subsequently set off on a scientific odyssey, working with researchers including biophysicists and electrophysiologists, and developed comfortable Earthing systems that people could use indoors.

2010 marked the groundbreaking release of Earthing: The most important health discovery ever? Earthing was written by Clint Ober, well-known cardiologist, author, and electromedicine expert, Dr. Stephen Sinatra, and veteran health writer, Martin Zucker. The Earthing book tells the story of the powerful, natural, phenomenon of reconnecting to the Earth and introduces the scientific findings being compiled through research as well as a multitude of testimonials that have been received from people who have grounded. The book has been published in multiple languages around the world and in 2011 the Earthing book won the 2011 Nautilus Book Award. This was a great honor as the Nautilus Book Award recognizes books that promote spiritual growth, conscious living & positive social change.

Several Earthing pilot studies have very exciting implications. One, on the electrodynamics (zeta potential) of blood cells, indicates that Earthing significantly improves viscosity (blood thickness), inflammation, and flow. There are clear indications that individuals with diabetes, who have inflamed blood and a high risk for cardiovascular disease, may benefit greatly from Earthing, both preventively and therapeutically. Testimony from both individuals and doctors, have told of improvements in circulation, blood pressure, arrhythmias, and neuropathy...

Today, we live in a modern world and we learn more about the natural world around us every day. We now understand that we don't have to live like cut flowers any longer. Whether you choose to reconnect by walking or running barefoot, or by using barefoot substitutes, reconnecting to the Earth's subtle energy is easy, safe, and simple to do.

Source: What is Grounding & Earthing? Grounded.com

Earthing & Grounding: Legit or Hype? (How to & When Not To)

Earthing (also called grounding) can be a controversial topic. Many people report amazing benefits, while critics point out the lack of solid scientific studies supporting this practice.

Earthing, Grounding – What Science Really Tells Us About It

Earthing, grounding, going barefoot. Some love it, others hate it. The companies selling the earthing kits and materials speak of it as some kind of ‘panacea’. But what do we really know about earthing? What does the science tell us?

Earthing: Another Reason to Go Barefoot?

When I first heard of the concept, I was on the verge of dismissing it out of hand, but a friend convinced me to read the book. I thought it was going to be another artfully construed, new agey round of BS. I finished the book a little disappointed at the vague physics summary and a few infomercial style sections but nonetheless intrigued by the concept and some of the study results.

Earthing: Health Implications of Reconnecting the Human Body to the Earth's Surface Electrons

Environmental medicine focuses on interactions between human health and the environment, including factors such as compromised air and water and toxic chemicals, and how they cause or mediate disease. Omnipresent throughout the environment is a surprisingly beneficial, yet overlooked global resource for health maintenance, disease prevention, and clinical therapy: the surface of the Earth itself.

Earthing: Studies Show Walking Barefoot Might Be An Essential Element Of Optimal Health

Earthing, otherwise known as grounding or simply barefoot walking, is an extremely accessible and simple holistic therapy that offers abundant healing properties. It lowers inflammation, decreases stress and offers a means to allow us to feel more connected to the very Earth that gifts us with the ability to exist.

"Grounded" is an independent feature film about what many authorities consider "The Greatest Health RE-discovery of all Time". The concept was tested on the people of Haines, Alaska, population 1,700.

The Baffling Rise of Goop

How a new-agey website started by an actress became so popular—and what it says about the future of health journalism.

The effects of grounding (earthing) on inflammation, the immune response, wound healing, and prevention and treatment of chronic inflammatory and autoimmune diseases

Accumulating experiences and research on earthing, or grounding, point to the emergence of a simple, natural, and accessible health strategy against chronic inflammation, warranting the serious attention of clinicians and researchers.

The Healing Benefits of Grounding the Human Body

We are bioelectrical beings living on an electrical planet. Our bodies operate electrically. All of our cells transmit multiple frequencies that run our heart, immune system, muscles, and nervous system.

Will Getting Grounded Help You Sleep Better and Ease Pain?

There is little credible proof of health benefits, scientists say. Several studies show connecting subjects to an electrical ground changes bodily measurements, such as a marker of central-nervous system activity in infants. But the studies are "preliminary at best," poorly designed and too small to be meaningful...

What is Grounding & Earthing?

Human beings evolved in connection with the Earth's energy. We walked barefoot and we slept in contact with the Earth never realizing that its surface contained limitless, natural, healing energy.

4 Grounding Techniques That Will Help You Stay More Calm

Do you feel often like life is passing you by? Is it hard to find a minute to calm down and really take things in around you? Grounding techniques, or simple ways to bring your body and mind back to the present moment, might be a good idea for you.

At Grounded we are passionate about educating others about the phenomenon of Grounding & Earthing. We are experts at Grounding because we all Ground ourselves! It is our mission to help you understand how easy, natural and powerful Grounding can be!

Reconnecting people to the planet.