Where in health am I? : Home / Health Cloud / StaynHealthy / Cosmetic Surgery / Blepharoplasty

You can call double-eyelid surgery wrong, or see it as evidence of body dysmorphia, but don't overplay the race issue. It's insulting to those of us who are merely vain - Euny Hong 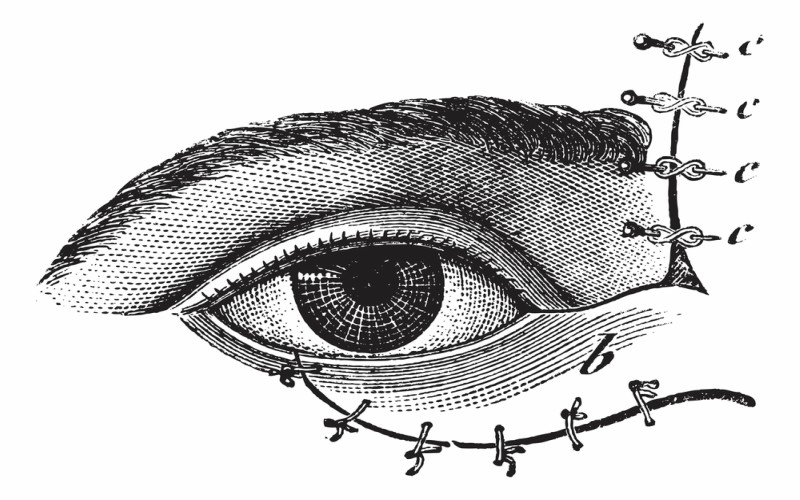 I Got Eyelid Surgery, but Not to Look White

Last week, the Chinese-American talk-show host Julie Chen revealed on CBS's "The Talk" that she had double-eyelid surgery early in her career, after a boss at an Ohio TV station insisted it was the only way she would get in front of the cameras. An agent told her the same thing. Plenty of people found fault with the TV executive and the agent for putting that kind of pressure on Ms. Chen, but critics—most of them Asian—have also laid into the broadcast journalist, claiming that blepharoplasty is a form of racial reassignment surgery, indicative of Asian self-hatred and white-worship.

The accusation is bogus. I should know: In 2002, I had the double-eyelid procedure. I did it because…

Standard eyelid surgery (blepharoplasty) techniques, which remove lower eyelid skin, and often muscle, tend to drop the lower lid margin, further rounding the space between the upper and lower lids. As a result, newer techniques have been designed to avoid this rounding effect.

The most common procedure by far is that of the double eyelid, also known as blepharoplasty. This type of surgery creates an extra fold of skin above the eye that is visible when the eyes are open. Only around 50 percent of the East Asian population is born with a natural "double lid."

Why double eyelid surgery is on the rise in Asia

Every year millions of young people in China undergo an operation to add creases to their eyelids - to help them get a job, be happy, or because it’s fashionable.

A Dual Approach to Understanding Facial Perception Before and After Blepharoplasty

The important thing for most people is to take good care of the skin to help keep it taut and minimize the bags that can come with aging, said Dr. Scot Glasberg, president of the American Society of Plastic Surgeons and a surgeon at Lenox Hill Hospital in New York City.

My Pointless Battle Against Puffy Eyes

I've tried creams, wands, and almost got surgery. Now, a new treatment is on the horizon.

Why do bags form below our eyes?

As we age, fat comes out of the space enclosed by the eye socket, called the orbit, and forms a puffy area under the eye. This fatty tissue can fill with water. Thus, it becomes more noticeable when water is retained, which can occur for a variety of reasons including eating too much salt, lying flat in bed, not getting enough sleep, allergies, and monthly hormonal changes.

I Got Eyelid Surgery, but Not to Look White

Every year, hundreds of thousands of men and women choose blepharoplasty to improve the way they look. Droopy eyelids can make you look older and can also impair vision. Blepharoplasty corrects these problems and also removes puffiness and bags under the eyes that make you look worn and tired. This procedure cannot alter dark circles, fine lines and wrinkles around the eyes, nor can it change sagging eyebrows.

Eyelid surgery, or blepharoplasty, is a surgical procedure to improve the appearance of the eyelids. Surgery can be performed on the upper lids, lower lids or both.