Where in health am I? : Home / Health Cloud / StaynHealthy / Drink / Water / Tap Water

Thousands have lived without love, not one without water - W. H. Auden 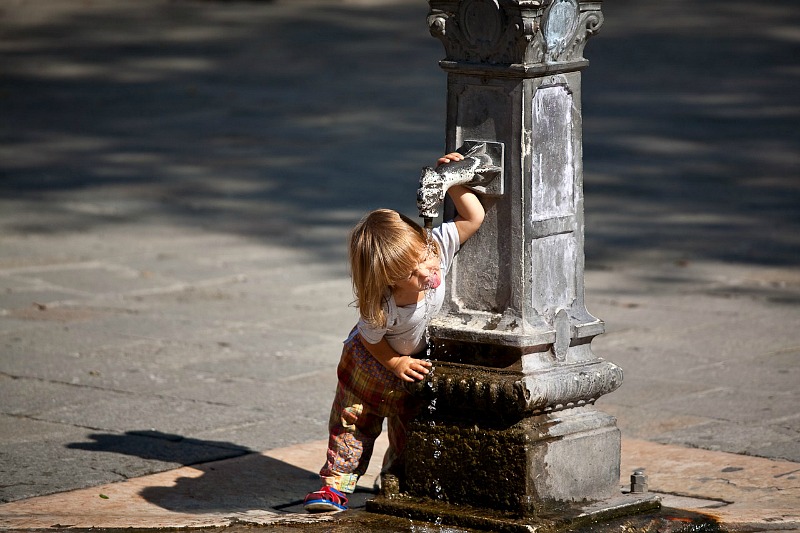 An EPA study released earlier this year found trace residues of at least 25 different drugs in drinking water. Scientists examined samples from 50 wastewater plants and tested for 56 different drugs; they found medication to treat high blood pressure was found in the highest quantities, but over-the-counter drugs like ibuprofen and prescription drugs such as hydrocodone were also found.

This makes sense, considering a 2013 Mayo Clinic study that found 70 percent of Americans now take prescription drugs, compared to 48 percent just five years ago. The drugs get into our water when we excrete them or flush old drugs down the toilet.

But what is the impact on our health? And how can we avoid them in the first place?

Because the pharmaceuticals register in such small amounts -- measured in parts per billion, in some cases -- health officials aren't worried about the risk to humans. But some are concerned about their effect on plants and wildlife, especially fish. In fact, last year the FDA denied a petition that would have required pharmaceutical companies to do a more thorough analysis of how drugs in wastewater will affect aquatic life.

Scientists have been measuring pharmaceuticals in the water supply for more than a decade, after fish were found to have both male and female characteristics linked to oral contraceptives.

But is bottled water any better for your health? Not at all. In fact, it could be worse. Here's why:

1. A Natural Resources Defense Council report found that 25 percent of bottled water is actually filtered tap water.
2. Although they now must label bottled water from municipal sources, manufacturers aren't required to regularly test their water -- or disclose what they find in it -- unlike tap water, which is tested weekly by the EPA.
3. Many plastic water bottles contain hormone-disrupting chemicals like BPA, which can leach into water.
4. Bottled water is expensive -- ringing up as much as $50 per month for a family of four.

A much better bet is filtered tap water. Here's how to do it right:

1. Find out what's in your water: Contact your local utility for a water-quality report, call the EPA's Safe Drinking Water Hotline (800-426-4791) or use EWG's National Drinking Water Database. (This is a great and easy-to-use tool, but because it was last updated in 2009, it may be out of date.)
2. Find a filter that addresses pharmaceutical residues as well as toxins: Activated charcoal filters remove some drugs, as well as lead and toxic chemicals; reverse osmosis filters cost a bit more but address drugs and lead, as well as substances that carbon can't, such as arsenic, chromium and perchlorate. EWG's Water Filter Buying Guide is a great resource to figure out the best water filter for your family.
3. Whatever filter you're using, reduce your exposure to lead in pipes by using cold water for cooking, and run the water at the tap a few minutes before use.
4. Change your filter! Make sure you are following manufacturers instructions and scheduling changes that keep your water filtered.

e-WaterTest.com's Priority Water Test Kit follows U.S. EPA-approved water testing methods. Eliminate any doubts about the quality of the water your family uses everyday...water testing puts you in control. Once you have the results of the water test, you are in a much better position to eliminate any and all contaminants found in your drinking water. Let e-WaterTest.com test your drinking water today.

How safe is your drinking water? The National Testing Laboratories, Ltd. Network will strive to supply our customers with information to allow them to make educated decisions to protect themselves and others around them.

In some parts of the country people are learning their drinking water contains pollution from a group of chemicals called Per- and Polyfluoroalkyl Substances (PFAS). These chemicals have been linked to illnesses, including cancer. But a lot of questions remain including how exactly they affect people's health and in what doses.

To ensure that tap water in the United States is safe to drink, the federal government has been steadily tightening the health standards for the nation’s water supplies for decades. But over and over again, local water systems around the country have failed to meet these requirements.

Should You Be Worried About Whether Your Tap Water Is Safe?

When it comes to clean water, the most important factor is where you live.

There are almost 3,000 locales in the United States with at least double the amount of lead contamination found in the water in Flint, Michigan.

How Do We Get Our Drinking Water In The U.S.?

Before you take a gulp of water, try to mentally trace where that water that just gushed out of your taps has been: How did it go from that weird-tasting raindrop to the clear, odorless water that is sitting in your glass now? Safe drinking water is a privilege Americans often take for granted — until a health crisis like the one in Flint, Mich., happens that makes us think about where it comes from and how we get it.

How Safe Is Our Drinking Water?

We take the quality of our drinking water for granted, and for good reason. More people in the United States have access to safe water than ever before. Yet recent events raise an obvious concern: How safe is our drinking water really?

A Quest for Even Safer Drinking Water

Nicholas Ashbolt, a microbiologist at the University of New South Wales in Sydney, Australia, says pathogens exist at greater concentrations in water supply systems with more chlorine, not less, and especially with another chlorine-based treatment chloramine.

In Flint, Michigan, lead, copper, and bacteria are contaminating the drinking supply and making residents ill. If other cities fail to fix their old pipes, the problem could soon become a lot more common.

Tap water is the best way to stay hydrated. But it’s not so simple for some.

‘We all let the people of Flint down,’ authorities tells Congress in hearing that also highlights flawed water testing practices that persist in other major US cities.

Let's face it, we're all a little baffled about where our water comes from. If we learned anything from water management scandals and health crises in Pittsburgh and Flint, it's that knowing the source of your water supply is important. Rather than jumping down a pipe à la the Super Mario Bros., check out this breakdown of how your water is getting into your home.

How Do I Know If My Tap Water Is Safe?

So how do these contaminants get in our water in the first place? And how can you, as an individual, know whether or not your tap water is safe for you and your family to drink?

What’s in your drinking water? Whether you’re wondering if your water is safe or just what that weird smell is, a new tool is now available that could help.

The Politics of Drinking Water

Most Americans take cheap, safe drinking water for granted. Globally, one out of 10 people can’t access clean water. Some 1,400 children die each day from water-related diseases. Unless there’s a spill or equipment failure, these numbers exclude U.S. residents.

"The last 100 years has been the golden age of water in the developed world: water that has been safe, unlimited and essentially free," he tells Fresh Air's Terry Gross. "But that era is over. We will not, going forward, have water that has all three of those qualities at the same time: unlimited, unthinkingly inexpensive and safe."

There Are Drugs In Your Drinking (and Bottled) Water

They might even be interacting with the drugs you're intentionally on.

What's in Your Water

We all know the value of hydration. Drinking water lubricates our muscles and skin, and gives our brainpower a boost. We know we should hydrate throughout the day, and especially before and after exercise, and post-caffeine. Next time you take a sip, stop and think: What's in my water? Did you know that the majority of U.S. cities are home to contaminated water sources?

What’s in Your Water? 5 Gross Things Always On Tap

What’s in your water? I hadn’t even considered that question until recently. Quite honestly, despite the fact that I am concerned about health and what I am putting in my body, I never stopped to question what was in my water. I mean, c’mon…it’s water. Everyone knows water is healthy.

With Drinking Water, Safe Enough Is the EPA’s Goal

Are You Drinking Drugs?

An EPA study released earlier this year found trace residues of at least 25 different drugs in drinking water. Scientists examined samples from 50 wastewater plants and tested for 56 different drugs; they found medication to treat high blood pressure was found in the highest quantities, but over-the-counter drugs like ibuprofen and prescription drugs such as hydrocodone were also found.

The importance of environment in the policy making of all the governments in the world is increasing with every passing day. One of the most important factors of a clean environment is the availability of clean drinking water for everyone.

We realize there is a ton of information for you to sift through and, therefore, we have made a mini-guide for you...

Take Back The Tap

Residents, students, activists, and communities across the country want to kick the bottled water habit and protect their access to clean, safe, affordable water. Get inspiration from college campuses and find out what you can do to Take Back the Tap.

So what are the options for those of us not interested in drinking a chemical cocktail every time we are thirsty?

AquaKnow is dedicated to helping people get peace of mind about their drinking water by providing comprehensive water quality testing information and analytical services. We take the time to consult with our clients to determine the proper testing recommendation for desired end results, whether it's for regulatory, litigation or informational purposes.

Drinking water comes from a variety of sources including public water systems, private wells, or bottled water. Ensuring safe and healthy drinking water may be as simple as turning on the tap from an EPA-regulated public water system. Other water sources may need a water filter, a check on water fluoridation, or an inspection to ensure a septic tank is not too close to a private well. It is important to know where drinking water comes from, how it’s been treated, and if it's safe to drink.