Where in health am I? : Home / Health Cloud / StaynHealthy / Drink / Water / Water Scarcity

Water is easy to take for granted. It falls from the sky, and, though it’s vital, we sometimes treat it as if it’s worthless - Tim Gray 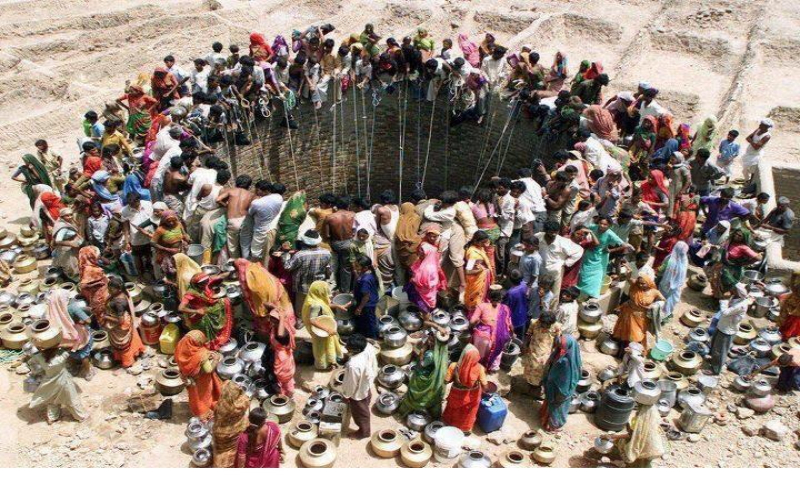 To solve global water scarcity, we need to get more serious about desalination

As the climate warms, many of Earth’s arid regions will get even drier—while human populations and their water needs grow. Up to 60 percent of the global population may face severe water scarcity by 2025.

Earth’s H2O is 97 percent seawater, and most of the remaining 3 percent is inaccessible, frozen in glaciers or permafrost. Only a small portion, about half of a percent, exists as freshwater in aquifers and rivers that humans can tap into. A process called desalination, however, allows us to dip into the oceans to satisfy our thirst.

Desal has been around for decades and is used to make both seawater and salty groundwater drinkable. But scientists think that it will become…

Today, among cities with more than 3 million people, World Resources Institute researchers concluded that 33 of them, with a combined population of over 255 million, face extremely high water stress, with repercussions for public health and social unrest. By 2030, the number of cities in the extremely high stress category is expected to rise to 45 and include nearly 470 million people.

As Fresh Water Grows Scarcer, It Could Become a Good Investment

Water is easy to take for granted. It falls from the sky, and, though it’s vital, we sometimes treat it as if it’s worthless. How often have you seen sprinklers running in the rain? Yet the prospect of shortages in the years ahead could make water a precious commodity. That represents an opportunity for investors.

By 2040, most of the world won’t have enough water to meet demand year-round

What happens when we run out of an invaluable resource? We tackle the crisis on this week’s episode of our Netflix show, Explained.

Water is essential for human life, but in many parts of the world water supplies are under threat from more extreme, less predictable weather conditions due to climate change. Nowhere is this clearer than in the Peruvian Andes, where rising temperatures and receding glaciers forewarn of imminent water scarcity for the communities that live there.

The Merchants of Thirst

In Nepal and many other countries, private tanker operators profit from growing water scarcity.

The Water Wars that Defined the American West Are Heading East

Urban growth and surge in irrigation fuel fight between Georgia and Florida; soybeans or oysters?

The need for reliable sources of fresh water is as old as our species, of course. What is new today is the combustible combination of surging global demand for increasingly scarce fresh water in certain volatile regions of poor governance.

America has a water crisis no one is talking about

Outdated infrastructure is making water too expensive for millions of families.

Cape Town's water crisis is exposing a dire reality: Pockets of humanity may have to rely on desalination to survive drought in the very near future.

The Global Water Crisis: What Travelers Need To Know

Travelers use water in all kinds of ways: they drink it, and brush their teeth and bathe with it, yet how many know there is a serious water shortage in some countries and regions, and what impact it might have on them?

These Nations Are About to Start Running Out of Water

The World Resources Institute says 33 nations are likely to face extreme water scarcity by 2040 because of climate change and growing populations.

Human survival depends on access to water. It sustains living bodies and nourishes the land. Wars have been waged over water, often called "blue gold," for centuries. So it's not surprising that prolonged drought renders societies volatile.

We Can’t Waste a Drop.’ India Is Running Out of Water.

To solve global water scarcity, we need to get more serious about desalination

Scientists suggest we more strongly consider the technology as the climate warms.

We are here to challenge many of the commonly held assumptions about our water systems and change how people think about water. Our goal is to bust the global sense of impending doom by painting an alternative, optimistic water future and mapping out the ways to get there. We believe that even one person with enough knowledge can make a difference and inspire a movement. We are here to provide that knowledge

Uniting together to bring clean water to all, one atta time.

We're bringing relief to communities around the world who suffer needlessly from a lack of access to clean water and proper sanitation.

Thirst Project is a nonprofit organization that works with the support of young people to END the global water crisis by building freshwater wells in developing communities that need safe, clean drinking water. Why Water? Health and Sanitation: Waterborne diseases kill more children every single year than HIV, Malaria, and all world violence combined. Small children typically do not have strong enough immune systems to fight diseases like cholera, dysentery, or schistosomiasis.