Health is about your behaviors around food, movement, and stress — not about your weight - Alissa Rumsey 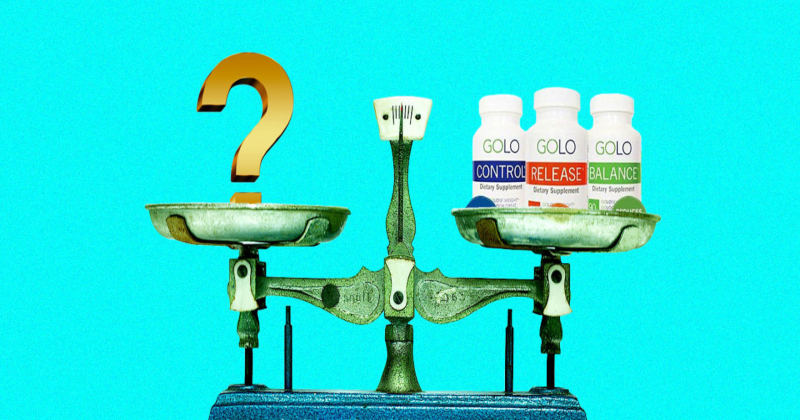 You probably stumbled upon the mysterious GOLO Metabolic Plan while desperately searching for weight-loss programs after New Year, and if you perused their website, you also probably have no... clue what the GOLO Metabolic Plan actually is. That’s because their website is crowded with healthy-sounding jargon that seems designed to confuse wide-eyed dieters into believing the hype, such as, “The secret to sustainable weight loss is to eat more food, not less while optimizing your metabolism and maintaining healthy insulin levels to lose fat.”

Simple! But like… how does that even work? With the help of nutritionist David Friedman, author of Food Sanity: How to Eat in a World of Fads and Fiction, we’re here to make some sense of this strange-ass weight loss program.

What is the Gold Metabolic Plan?

The program promises to promote weight loss by managing insulin levels, but again, their website never really explains how. The concept is encouraging: Studies have shown that meal plans based on foods that stabilize insulin levels (such as mushrooms, spinach and berries) can promote weight loss. However, the GOLO Metabolic Plan is somewhat contradictory in this regard, since it allows you to eat “the foods you love to eat, including bread, butter and pasta,” which are some of the absolute worst offenders when it comes to causing insulin spikes.

The brand also positions itself as an alternative to counting calories; however, their weight loss claim relies on you consuming somewhere between 1,300 and 1,800 calories per day (did we mention the contradictions?). Furthermore, research provided (and indeed, conducted) by GOLO shows that dieters who successfully lost weight on their plan “were directed to attempt 15 minutes of exercise per day or 105 minutes per week and to preferably exercise using high-intensity workouts.”

Finally — and this is where things become extra sketchy — GOLO dieters are expected to consume the GOLO weight loss supplement, Release, with every meal. The supplement (which costs about $35 per monthly supply) contains several minerals and healthy-sounding extracts, like magnesium and banana leaf extract. But it’s worth pointing out here that scientists generally agree that supplements do absolutely nothing when you already eat a well-rounded diet.

How does the plan work, then?

Despite their somewhat inexplicable fixation on insulin levels and weight loss supplements, the GOLO Metabolic Plans is actually quite simple: It works by encouraging dieters to cut calories and get more exercise, aka, the same as every diet ever. “The GOLO diet has you restricting your caloric intake to between 1,300 and 1,800 calories per day,” Friedman explains. “Eating half of the calories that you would usually consume each day will obviously cause you to lose weight.”

Exercising more is another no-brainer when it comes to weight loss. “Research shows the average obese woman gets the equivalent of about one hour of exercise per year, and for obese men, it’s about 3.6 hours per year,” Friedman says. “Most average-sized Americans spend only two hours per week being physically active, which doesn’t include any vigorous exercise. The GOLO diet recommends that participants do 15 minutes of ‘high-intensity workouts’ every day — that’s 1.75 hours per week, which is equivalent to the amount of exercise that the average obese woman does in 18 months.”

All of which obviously amounts to significant weight loss. “When people practice portion control by consuming 1,000 or 1,500 fewer calories per day, and they burn an additional 300 calories per day from vigorous exercise, they can easily lose up to eight pounds per week,” Friedman says.

As far as I can tell, if you already know how to eat less and exercise more, signing yourself up for the GOLO Metabolic Plan is essentially just signing yourself up for a supplement delivery service. And again, the supplement is a crapshoot: “It may help you slim down faster, but there’s no way to know for sure until there’s research comparing two control groups — those who eat less calories and exercise without the GOLO supplement and those who include them in their diet and exercise regimen,” Friedman says. “Until such unbiased, third-party research exists, eating less and exercising more is a much cheaper and proven weight loss solution.”

You heard the man: Say “YOLO!” to the GOLO and go run down the block instead.

Does The GOLO Diet Work? Here's What You Should Know

The bottom line is, we'll never say a diet that focuses on whole foods and overall health is a bad thing, but the jury is still out on the supplements. GOLO's website has promising reviews, but the reviews on Amazon may show another side of the story, with more negative reviews than the website reveals. At the very least, GOLO does offer a 60-day money-back guarantee, so if it's not working for you, you can always send it back.

What Is the GOLO Diet and Does the Plan Work for Weight Loss?

Everything you need to know about whether or not this meal plan is worth the money, according to health experts.

For some, it’s hailed as the best weight loss plan that works by balancing hormone levels and keeping blood sugar stable. For others, it’s considered confusing, unsustainable and overly restrictive.

What Is the GOLO Diet? Why Dietitians Aren’t Fans of the Pricey Weight Loss Plan

GOLO promises to fix your out-of-whack hormones, but is there any science behind its claims?

What is the GOLO diet? Why experts question its weight-loss claims

There's limited research on the diet's effectiveness for weight loss, and some of the few studies that have been done were funded by GOLO For Life.

What Is The GOLO Diet?

There are many diets on the market, and one of the newest—the GOLO diet—is gaining traction. But what exactly is the GOLO diet, and does it work the way it claims? Here’s an overview of the GOLO diet, including a rundown of the meal plan, price and commitment it requires.

What the Hell is the Golo Diet Anyway

And what the HELL is the deal with their secret supplement?

GOLO was developed to find a natural and effective weight loss solution. We’re different because our plan was created by doctors and researchers – not marketers. We want our customers to break free from the dieting cycle and be free to never diet again.