The ‘80s were all about reducing fat. In the ‘90s, carbs became the new culprit. But it takes a combination of protein, plants, and fat to either lose weight or maintain a healthy one - Olga Khazan 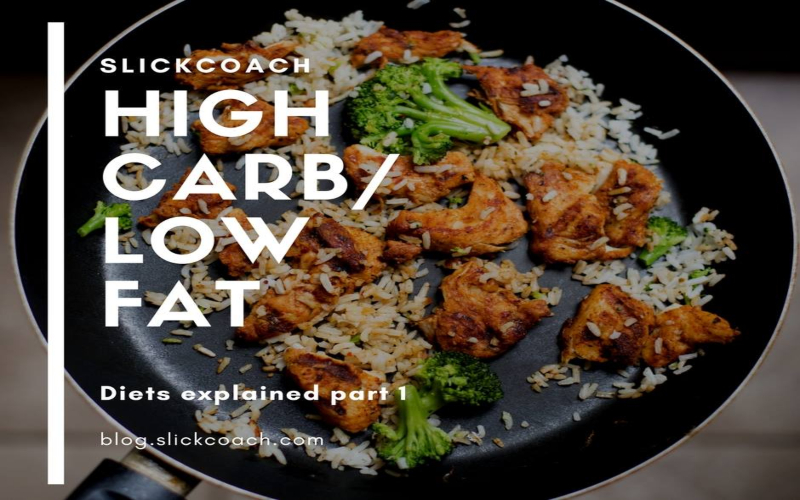 People sometimes describe themselves as lusting passionately for baked goods. (I.e. “Omg I am obsessed with cake pops!”)

Well, recent nutrition news serves as somewhat of a Modern Love column for eaters of bagels, cookies, and (my personal favorite) a Finnish pastry that consists of rice stuffed inside of bread. People who are in a relationship with carbohydrates should quit worrying, these new studies seemed to say. Your romance may have suffered some upswings and doldrums—some weight-gain here, a disastrous Atkins attempt there—but it ends on a hopeful note. The relationship may not always be easy, but that doesn't mean you have to end it.

The first sign that you and your donut should make it Facebook official actually did come in the form of a New York Times article. (Not Modern Love, alas.) Science writer Carl Zimmer explored a recent study in the Quarterly Review of Biology in which the authors argued that hominins, the “Paleo” people the eponymous carb-free diet references, actually ate starches aplenty.

Today, Paleo dieters painstakingly bake with coconut flour in an attempt to avoid carbs, but scientists at the University College of London theorized that real Pleistocene hunters threw the occasional tuber on their newly discovered fires.* The glucose from starchy plants is what allowed their brains to grow to the size of modern-day humans’.

Then came even better news. A study by the National Institute of Diabetes and Digestive and Kidney Diseases punched a kolache-sized hole in the idea that cutting carbs works better than cutting fat for weight loss. Researchers brought 19 obese volunteers into a lab and kept them there for two weeks. They fed half of them a low-carb diet and another half a low-fat one. Both groups cut their calories by 30 percent. The results, published in Cell Metabolism, showed that the two diets worked equally well: Everyone lost about a pound of body fat.

In other words, you and that croissant might as well start scouting one-bedroom apartments. You’ll probably get married, and the rent’s too high in this city anyway.

“The great thing about this study is that it is strong science,” Susan Roberts, a professor of nutrition at Tufts University, told me in an email. “So much of what gets published in nutrition ... these days is weak stuff: non–compliant participants, poor methods, not enough subjects, self-reported data, etc.”

This study, by contrast, was perfectly controlled. And though it relied on obese participants, it likely would have yielded similar results for people who were simply overweight.

The latest research does away “with the pervasive nonsense that there is something magical about high-fat diets that melt away body fat through promoting fat oxidation,” Roberts said. That idea was popularized by the ketogenic diet, which was originally intended for epileptic children but has since been adapted by healthy adults who try to shed pounds by eating almost no carbs whatsoever.

But Roberts and other experts suggested it’s not quite time to put a ring on that Twinkie. The paper didn’t address whether it’s easier to keep a low-carb or low-fat diet in the real world. Some studies have found that people lose more weight on low-carb diets, but that might be because they end up cutting more calories overall.

It’s worth applying these findings cautiously. Certain carbs, like the types of added sugars found in soda, do little good and lots of harm. Meanwhile another type of carb, fiber, has shown to be beneficial for weight loss in some studies.

Instead, what this latest research suggests is that Americans should end our fixation with—or love of—one macronutrient or another. The ‘80s were all about reducing fat. In the ‘90s, carbs became the new culprit. But it takes a combination of protein, plants, and fat to either lose weight or maintain a healthy one.

“We can’t distill our messages about what to eat to down to a single nutrient,” Roberts says. “That is just too simplistic to be effective.”

Yoni Freedhoff, an obesity expert at the University of Ottawa, said most nutrition research misses the most important aspect of diets: sustainability. “It doesn’t matter one iota whether or not there’s a marginal difference between calorie cuts from carbs or fats or proteins or whatever on short-term weight loss and body-fat percentages," he said. “Obesity is a chronic condition. Consequently, treatment by definition needs to be lifelong.”

As in love, it seems, the only thing that matters in weight loss is which diet you can commit to for the long haul.

Can You Carbo-Load Your Way to Good Health?

A revolution is afoot in bakeries across the country. With highly processed flour giving way to freshly milled whole grains rich in nutrients as well as flavor, it might just be OK to love bread again.

Low vs. High Carbohydrate Diet: Which is Better?

The main danger with high-carb diets is not paying close attention to the kinds of carbohydrates you are consuming, which can easily result in weight gain. Carbohydrates are easily overeaten and lack essential, healthy fats, so seeing a good nutritionist for proper meals and menus prior to starting a diet is essential.

The High Carb Diet That Keeps You Healthy, Fit and Trim

Several new studies suggest starches are an essential human nutrient and can be part of an effective weight-loss plan.

Eating a diet packed with the right kind of carbs is the little-known secret to getting and staying slim for life.