Of course, you can’t pig out on high-fat foods all day every day and expect to stay slim and healthy. But for far too long, people took low-fat to an unhealthy extreme - Melaina Juntti 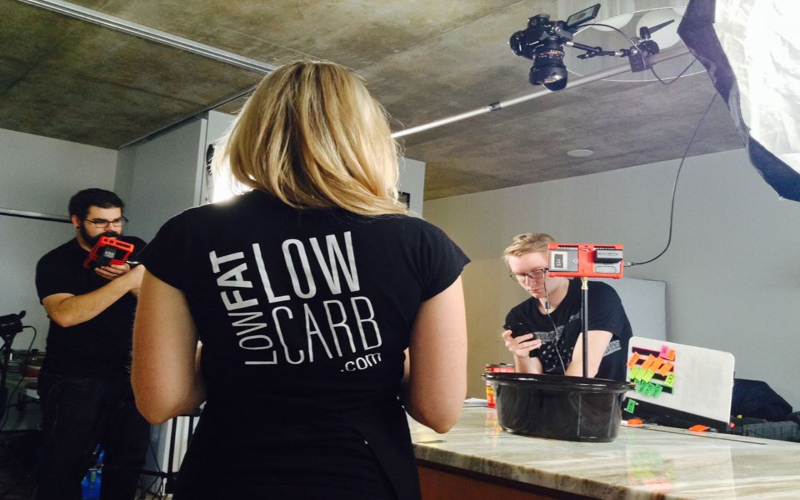 The Truth About Fat In Your Diet

Eating fat makes you fat, right? If this is what you think, you’re wrong. But it’s not your fault — it’s probably what you were led to believe.

Actually, unsaturated fats, like those found in plant-based oils, nuts and fatty fish, are good for you because they help protect you from heart disease, help you maintain a healthy weight and even have some superficial benefits for your skin and hair. But there’s a lot of confusion out there about the role dietary fat plays in our lives, and it’s no wonder we’re mixed up about it.

Starting around 1980, top nutrition experts and the federal government advised all Americans to dramatically cut back on dietary fat…

Low-Carb And Low-Fat Diets Battle To A Draw

A new study comparing a low-carbohydrate diet with a low-fat diet found no important differences in weight loss or other important outcomes between the two diets. Some experts believe the result shows that the debate over the relative worth of these different diets has been overblown and confirms the view that calories count. Others say that the issue is not yet settled and that the study did not test the effectiveness of a true low-carb diet.

In the unending tug-of-war between low-fat and low-carb diets, it’s seemed in recent years like the low-carb camp has inched ahead, at least for short-term weight loss. But a well-controlled new study finds that – at least in the lab – low-fat might be slightly better for weight loss over the long term. That does not mean that we should all revert to the low-fat insanity of the ’80s and ’90s. Rather, the more valuable take-home message might be that rejecting carbs may not be so necessary for long-term weight loss as many of us believe, and that a nutrient-balanced diet is probably the smarter strategy in the long term.

Can You Carbo-Load Your Way to Good Health?

A revolution is afoot in bakeries across the country. With highly processed flour giving way to freshly milled whole grains rich in nutrients as well as flavor, it might just be OK to love bread again.

Fat Is Back: New Guidelines Abandon The Upper Limit On Dietary Fat

The latest version of the Dietary Guidelines for Americans – the government-sanctioned recommendations about what we should and shouldn’t eat – will include a game-changing edit: There’s no longer going to be a recommended upper limit on total fat intake. This hasn’t gotten as much press as the other big change – that cholesterol will no longer be considered a “nutrient of concern,” meaning that we can now eat eggs without feeling guilty.

For more than two decades, many commentators have discussed and cussed so-called low-fat diets and gotten away with talking nonsense. It is time to look at some facts.

Low-Fat Diet Not a Cure-All

The low-fat, high-starch diet that was the focus of dietary advice during the 1990s-as reflected by the USDA food guide pyramid-is dying out. A growing body of evidence has been pointing to its inadequacy for weight loss or prevention of heart disease and several cancers. The final nail in the coffin comes from an eight-year trial that included almost 49,000 women.

Your Low-Fat Diet Could Be Making You Fat

I’ve got some bad news. You’ve been duped. In fact, for the better part of the last century we’ve all been lied to about what it means to eat a healthy diet.

The Truth About Fat In Your Diet

Eating fat makes you fat, right? If this is what you think, you're wrong. But it's not your fault -- it's probably what you were led to believe.

Combining scientific rigor with riveting storytelling, Teicholz argues that more, not less, fat — including the saturated fats in meat, dairy and eggs — is what leads to better health and weight loss.

For a regular healthy diet, it is recommended that of the total calories eaten, no more than 30% should come from fat. However, certain diseases and medical conditions can make it difficult for the body to tolerate even that much fat, so a low-fat diet may help people with these conditions.