Where in health am I? : Home / Health Cloud / StaynHealthy / Eat / Diets / Raw Foods

Before I got into raw food, I felt rubbish and I most definitely looked rubbish - Russell James, the Raw Chef 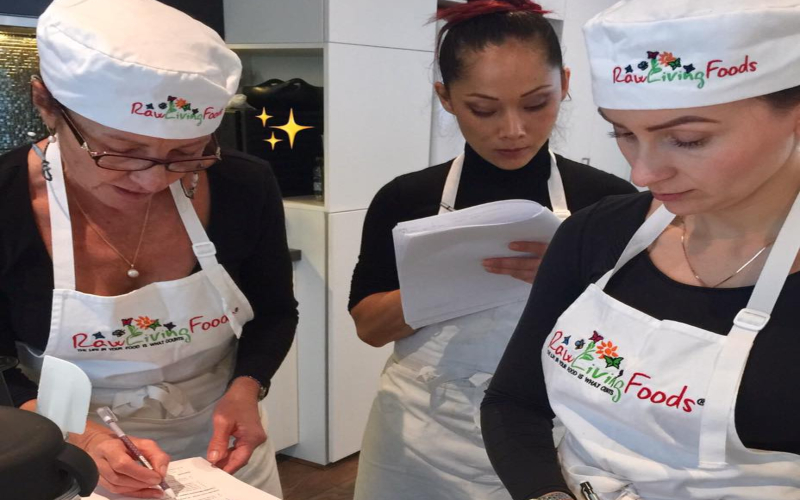 Raw food diets have emerged as a pop culture preoccupation. They seem to have considerable traction in the public psyche, as evidenced by the volume of websites they populate, and the coverage they command in print.

It is doubtful they have comparable traction at the dinner table, of course. We have enough trouble getting people to eat a reasonable amount of reasonable foods, and to renounce ingestibles that glow in the dark. In this context, it seems a bit far-fetched that we would shift, en masse, to a strict diet of raw, unprocessed foods.

But our appetites for the concept, and the claims made in its defense, seem insatiable. So let's chew on it.

The activist sought to bring independence to every Indian—including by freeing up the time that might be spent in the kitchen.

It was actually really easy for me to transition into eating raw. For the first time in years I was eating a lot of food, and more importantly the right kind of food. I felt wonderful, and it reflected in every area of my life -- physically, mentally, career, relationships, etc.

Where the science gets murky is claims that raw food is better because cooking destroys enzymes in plants. It’s 100% correct that cooking will do this. But so too does digestion. Few enzymes survive their trip through a hydrochloric acid spa bath in the stomach.

The Real Scoop on the Raw Food Diet

What is the healthiest diet? This question is being asked over and over again, and is being answered in a variety of different ways. The truth is there is no single correct answer. One approach that is gaining popularity is the raw food diet, where dieters adhere to a regimen of strictly uncooked food. The raw food diet has proponents and critics, but it's important to get the facts before adopting 100 percent raw food or any specialized diet over the long term.

Making the decision to eat a raw food diet is not an easy one. You have to first mentally take the steps to go vegetarian, then vegan, then gluten-free, and then basically give up ever eating hot food again.

Many foods can be eaten raw, and many foods are the better for it. An emphasis on eating mostly plants direct from nature is irrefutably good, be they raw or cooked. But as is true of so much in the realm where opinions about nutrition masquerade as gospel, the case for raw food eating is oversold, the rhetoric is overheated, and the claims of universal benefits -- substantially overcooked.

5 Foods You Should Never Eat Raw

Long, long ago, humans were capable of eating lots of things raw. Now, not so much. We've rounded up nine foods that you really need to cook before eating.

For many of us, the words “raw food” conjure up images of odd and exotic dishes, most of them doused in sprouts and seeds. While raw food (food that’s prepared without heating past 115° F) can be delightfully offbeat, it doesn’t have to be.

One day I woke up and decided to be vegan; I'm just that type of person (sorry, pretty boring story). Very soon after, I got into raw food, and following that, the high-carb lifestyle. Now I eat a vegan, high-carb, mostly raw diet and couldn't feel better.

Raw Food Recipes is the ultimate compilation of healthy, raw, vegan, and vegetarian recipes ever seen on one site.

Bringing news of the raw vegan community to the world since 2001. Celebrating the unparalleled delights of raw foods cuisine with a chef's eye view.

Our goal it to spread the word about raw and living foods! We want everyone to be healthy and well. We also want to empower you with raw knowledge so you can have a balanced raw food lifestyle and enjoy a fruitful life.

www.Rawmazing.com is a great resource to learn about raw food. You will find articles and wonderful recipes that are easy and delicious!

Let’s get a few things out of the way: I don’t have dreadlocks, I don’t have a clue how to roll a spliff, and you’re more likely to find me playing drums along to Coldplay than in a tribal drumming circle. But I do eat raw food – and I’ve made it my mission in life to make raw food part of 10 million people’s everyday lives worldwide.

Raw food hasn’t been cooked, processed, microwaved, irradiated, genetically engineered or exposed to pesticides or herbicides. It includes fresh fruits, berries, vegetables, nuts, seeds and herbs in their whole, natural state. Proponents say cooking obliterates most of the vitamins in food and nearly all of the immune-boosting plant nutrients (though scientific evidence to support these claims is lacking). Most who follow the plan consume only half the calories they would eat on a cooked diet.