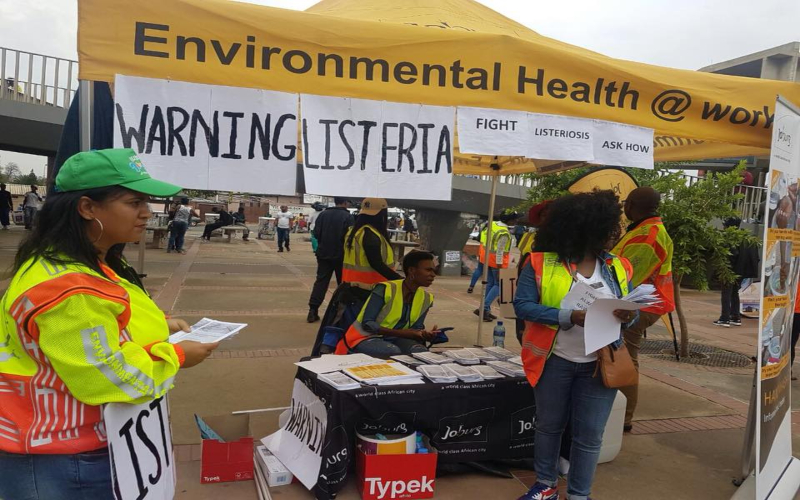 image by: City of Joburg

How Much Of A Health Risk Is Listeria Really?

Listeria is a particularly ugly pathogen since the number of people who die from it relative to the number infected is quite high.

All You Need to Know About Listeria

Called an “opportunistic pathogen,” Listeria is noted to cause an estimated 2,600 cases per year of severe invasive illness. Perhaps not surprisingly then, “foodborne illness caused by Listeria monocytogenes has raised significant public health concern in the United States, Europe, and other areas of the world.” As one noted expert observed, summarizing the history of these bacteria and their significance for public health...

Keep Listeria Out of Your Kitchen

Contaminated food can bring Listeria into the home. Unlike most bacteria, Listeria germs can grow and spread in the refrigerator. So if you unknowingly refrigerate Listeria-contaminated food, the germs not only multiply at the cool temperature, they could contaminate your refrigerator and spread to other foods there, increasing the likelihood that you and your family will become sick.

The Listeria blog supplements Marler Clark's Web site www.about-listeria.com, a site that provides information about Listeria monocytogenes, the symptoms and risks of infection, testing and detection of Listeriosis, and how to prevent the spread of the Listeria bacterium.

Why Listeria bacterium is so hard to fight

The harmful and potentially deadly bacterium Listeria is extremely good at adapting to changes. Now research uncovers exactly how cunning Listeria is and why it is so hard to fight. The discovery can help develop more efficient ways to combat the bacteria.

Blue Bell Creameries knew there was listeria in one of the company's plants as far back as March 2013, according to a government investigation. But the company didn't issue any recalls or shut down its production until after the products were linked to listeria illnesses this year — including three deaths in Kansas.

Listeriosis, a serious infection usually caused by eating food contaminated with the bacterium Listeria monocytogenes, is an important public health problem in the United States. The disease primarily affects older adults, pregnant women, newborns, and adults with weakened immune systems. However, rarely, persons without these risk factors can also be affected. The risk may be reduced by recommendations for safe food preparation, consumption, and storage.

Listeria is unlike many other germs because it can grow even in the cold temperature of the refrigerator. Listeria is killed by cooking and pasteurization.

Killer Cantaloupe, Scary Sprouts: What To Do?

Avoid foreign produce. Wash and peel your fruit. Keep it refrigerated. None of these common tips would have guaranteed your safety from the deadliest food outbreak in a decade, the one involving cantaloupes from Colorado. Whether it's sprouts or spinach, turkey or hamburger; whether the government doubled, tripled or quadrupled inspections, the truth is that no food will ever be completely free of risk.

Pools of water on the floor and old, hard-to-clean equipment at a Colorado farm's cantaloupe-packing facility were probably to blame for the deadliest outbreak of foodborne illness in 25 years, the Food and Drug Administration said Wednesday.

Listeria bacteria can be found in soil, water and animal feces. Humans typically are infected by consuming: •Raw vegetables that have been contaminated from the soil or from contaminated manure used as fertilizer •Infected animal meat •Unpasteurized milk or foods made with unpasteurized milk •Certain processed foods — such as soft cheeses, hot dogs and deli meats that have been contaminated after processing. Unborn babies can contract a listeria infection from the mother via the placenta.

In most people, Listeria infection symptoms and signs mainly include the common symptoms of food poisoning such as fever, nausea and vomiting, diarrhea, abdominal pain and cramping, back pain.

Listeriosis is a foodborne illness caused by Listeria monocytogenes, bacteria found in soil and water. It can be in a variety of raw foods as well as in processed foods and foods made from unpasteurized milk. Listeria is unlike many other germs because it can grow even in the cold temperature of the refrigerator.

In most people, listeriosis is mild and causes symptoms including a high temperature (fever), vomiting and diarrhoea. These symptoms usually pass within three days without the need for treatment. However, in rare cases, the infection can be more severe and spread to other parts of your body, causing serious complications, such as meningitis. Common signs of severe listeriosis include a stiff neck, severe headache and tremors.

Listeria spp. are not very pathogenic to healthy adults, who are likely to experience only mild infection, causing flu-like symptoms or gastroenteritis. However, listeriosis can occasionally lead to septicaemia or meningitis. Pregnant women, the elderly and people with weakened immune systems (including those treated with oral corticosteroids) are more susceptible to listeriosis.

Listeria monocytogenes is a Gram-positive rod-shaped bacterium. It is the agent of listeriosis, a serious infection caused by eating food contaminated with the bacteria. Listeriosis has been recognized as an important public health problem in the United States. The disease affects primarily pregnant women, newborns, and adults with weakened immune systems.