Where in health am I? : Home / Health Cloud / StaynHealthy / Eat / Kimchi

Koreans eat so much of this super-spicy condiment...that natives say 'kimchi' instead of 'cheese' when getting their pictures taken - Health.com 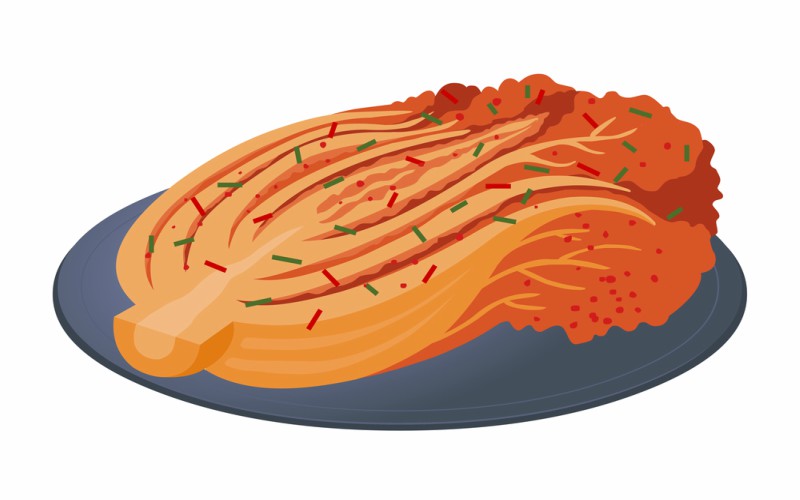 Vegetarian Kimchi Is Just as Gloriously Stinky as the Real Stuff

It's a sunny morning on Queensbridge Road in East London—ideal weather for making kimchi. The last thing you need if you're fermenting veg into stinky, slimy, spicy (and extremely tasty) stuff like kimchi is cold weather.

I've come to meet Kylee Newton, a Londoner by way of the coastal town of New Plymouth, New Zealand. Newton sells an array of jams, chutneys, pickles, and preserves on her Newton and Pott market stall at nearby Broadway Market. Think gin-pickled cucumbers, baked peach and Vermouth jam, and feijoa chutney (a small, green tropical fruit often likened to guava).

And of course, there's the fabled kimchi. The way the world has fallen for Korea's fermented vegetable…

Can fermented foods and drinks boost your health?

Gut-friendly fermented foods like kefir, sauerkraut, kimchi and tempeh may have benefits that go far beyond just adding texture and flavor to your favorite meals.

What Makes Kimchi so Healthy?

Korean kimchi is undoubtedly the healthiest food on the planet. In a tradition dating back thousands of years, vegetables are pickled and and combined in a multitude of ways that suit every taste. This article explains the health benefits that derive from kimchi in general, and the Ultimate Kimchi recipe in particular.

What South Korea Can Teach The World About Living Well

Kimchi — fermented cabbage with garlic, vinegar and spices — is a staple of Korean cuisine. Labeled one of the “world’s healthiest foods” by Health.com, kimchi is a condiment served with most meals in Korea. (And, they report, it’s so abundant that Koreans even say “kimchi” instead of “cheese” when snapping photos!) It’s filled with vitamins A, B and C, but perhaps more importantly, kimchi is loaded with probiotics, which can support healthy digestion. What’s more, lactobacilli, one probiotic found in kimchi, is thought to possibly be an anticancer agent.

Why Kimchi Should Be in Every Healthy Man’s Fridge

Buy refrigerated kimchi from the supermarket to start. After you’re hooked, try your hand at making it from scratch. (We like Rachel Yang’s cookbook My Rice Bowl, which has seven variations.) You’ll spend the fermentation time devising lots of dishes to put it on.

Kimchi might be loaded with vegetables, but it is usually not a vegetarian-friendly product. If you’ve got a good nose, you can figure that out just by opening a jar of kimchi. But if your olfactory senses are lacking, you may not have noticed that kimchi is made with some salty elements of the sea. We’re talking salted shrimp, anchovy sauce and fish sauce, to name a few.

Beyond Kimchi And Kale: How Millennial 'Foodies' Are Challenging The Supply Chain From Farm To Table

It’s no longer just a chef’s challenge to write a menu with kimchi and kale; it’s now the farmer’s job to grow what the consumers are demanding, which often means, re-thinking the system they’ve long worked within.

Eating Kimchi and Yogurt Can Make You a Less Awkward Person

This study—which links probiotic foods with improved social engagement and decreased neurosis—will have you swapping your medication for a dill pickle.

You'll be pleasantly surprised with how simple it actually is.

Homemade kimchi is easier than you think. Chef Ryan Miller of Momofuku Culinary Lab demos the fermented Korean side dish, noting that if you have extra veggies or even fruit at home, feel free to sub in for napa cabbage.

Mr. Park, 65, is a door-to-door salesman of kimchi, the pickled-vegetable offering that is both Korea’s national dish and a staple of the Korean diet. He is a familiar sight in Korean gathering spots — coffee shops, pool halls, karaoke parlors — in New York, with his cargo pants tucked into combat boots, a cap and his sales booklet at the ready inside his shoulder bag.

Vegetarian Kimchi Is Just as Gloriously Stinky as the Real Stuff

While the fermented vegetable dish is traditionally made with fish sauce, London-based preserver Kylee Newton is fueling Britain's continued kimchi obsession with an entirely vegetarian version.

Another version of this Korean condiment.