Where in health am I? : Home / Health Cloud / StaynHealthy / Endocannabinoid System

The endogenous cannabinoid system, named after the plant that led to its discovery, is perhaps the most important physiologic system involved in establishing and maintaining human health - Dr. Dustin Sulak 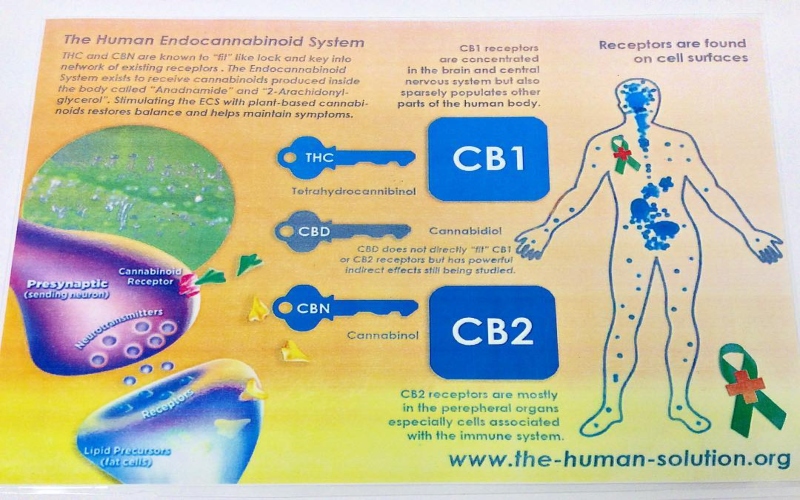 The endocannabinoid system: Essential and mysterious

Many of us have heard of some of the transmitter systems within our bodies, such as the sympathetic nervous system, which gives us our fight-or-flight response. Fewer have heard of the more recently discovered endocannabinoid system (ECS), which is amazing when you consider that the ECS is critical for almost every aspect of our moment-to-moment functioning. The ECS regulates and controls many of our most critical bodily functions such as learning and memory, emotional processing, sleep, temperature control, pain control, inflammatory and immune responses, and eating. The ECS is currently at the center of renewed international research and drug development.

What is the ECS?

Introduction to the Endocannabinoid System

The endocannabinoid system, with its complex actions in our immune system, nervous system, and all of the body’s organs, is literally a bridge between body and mind. By understanding this system we begin to see a mechanism that explains how states of consciousness can promote health or disease.

Med schools need to get with the times on medical marijuana, chronic pain, and more

In fact, cannabis science is one of the fastest moving frontiers in pharmacology and has accelerated by the realisation that we’re all already marinated in cannabis-like molecules (endocannabinoids) and their receptors. Endocannabinoids help regulate many physiological processes: mood, memory, appetite, pain, immune function, metabolism and bone growth to name a few (there are even cannabinoid receptors in sperm).

The Brain Produces Its Own Version of THC

By studying how weed affects us, researchers got a much better sense of how the body functions when not under the influence of tetrahydrocannabinol (THC), the main active ingredient in cannabis. Because, it turned out, the endocannabinoid system wasn't just lying dormant waiting for THC to enter the body. It's working all the time. And, as one paper put it, "the endocannabinoids are literally a bridge between body and mind."

The Endocannabinoid System, Cannabinoids, and Pain

Only recently have we gleaned scientific insight into several of the pharmacologically distinct cannabinoids and their effects at specific receptors within various animals and humans.

The Endocannabinoid System, Our Universal Regulator

ECS is a unique system in multiple dimensions. To begin with, it is a retrograde system functioning post- to pre-synapse, allowing it to be a “master regulator” in the body.

The Endogenous Cannabinoid System: A Budding Source of Targets for Treating Inflammatory and Neuropathic Pain

The Science of the Endocannabinoid System: How THC Affects the Brain and the Body

After several decades of research, scientists studying the effects of marijuana made several important discoveries. Not only did they identify the active ingredient in marijuana, they also discovered where and how it works in the brain—via a new system they called the endocannabinoid (EC) system. The EC system—named after the marijuana plant Cannabis sativa and its active ingredient delta-9-tetrahydrocannabinol (THC)—is a unique communications system in the brain and body that affects many important functions, including how a person feels, moves, and reacts.

​How (and Why) Your Brain Makes Its Own Cannabinoids

The endocannabinoid system: Essential and mysterious

Study of the ECS was initially focused on attempts to understand (and demonize) an illegal drug, but new research has since flourished into a far more broad-based exploration into what is an astoundingly intricate and far-reaching system by which our bodies learn, feel, motivate, and keep themselves in balance.

The ECS is perhaps most notable for its role in regulating the limbic system, a part of the brain responsible for emotions, motivation, and our stress response. This system responds to our body’s own endogenous cannabinoids, anandamide and 2-AG, and to exogenous cannabinoids.

Canntelligence will transform consumers and healthcare practitioner’s understanding of the endocannabinoid system and science of the cannabis plant.