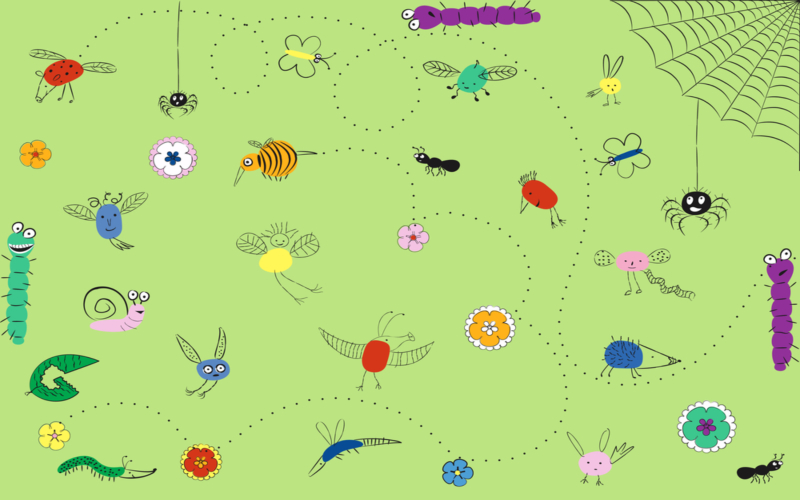 Why Do Bugs Bite Only Certain People?

Recall when you were last at an outdoor event, such as a work barbecue or family get-together. Were you repeatedly bitten by insects, especially mosquitoes, while a person sitting near you was left unscathed? Many species of insects are attracted to humans for the odors we unknowingly give off.

Insect-Borne Diseases Have Tripled. Here's Why.

More people get sick from mosquito, tick, and flea bites than ever before. Climate change is a culprit, yes. But there are other factors at play.

Catch a Buzz With Two New Books About Bugs

If you happen to hit the beach at any point this summer, here’s a little thought experiment. Scoop up some sand and try to count the grains. Then look left and look right, and try to estimate all the trillions of grains around you. And when you finish that, chew on this fact: By some estimates, there are more insects on earth than there are grains of sand on all the world’s beaches combined.

The number of reported cases of disease from mosquito, tick, and flea bites has more than tripled in recent years, according to a new report from the Centers for Disease Control and Prevention.

How To Tell If A Bug Bite Needs Medical Attention

While most bug bites and stings are harmless, some can be dangerous if not treated properly -- especially if you have an undiagnosed allergy to a particular bug venom or if that bug is a disease carrier.

Kissing Bugs: How You Can Get Heart Disease From A Bite

Seven bug bites you should never, ever ignore

Even though most bites are just itchy nuisances, others can be extremely dangerous and escalate into something far worse if not treated properly. Here’s a lowdown on the pesky critters—and the bites—you need to be on the lookout for.

What Bit Me? Spot These 12 Summer Bug Bites

Parasitosis is the condition of being parasitized, bitten, or lived on by another organism. Recognizing this condition in people, however, is not always easy, and undiagnosed “bites” are one of the most frustrating of all pest control problems. This fact sheet is intended to shed some light on situations where diagnosis of a biting problem is difficult to obtain.

Is There an Alternative Way to Prevent Bug Bites?

A doctor explains the myth of garlic and the gold standard in bug-bite prevention.

For many moms, the hardest thing about bug bites is keeping their kids from scratching them. If you're looking for an over-the-counter treatment, many readers suggest using products like calamine lotion, anti-itch creams, and hydrocortisone creams, but if you'd rather avoid the drugstore, moms say you don't have to look any farther than the kitchen.

The cooler temperatures of autumn may not be a cause for celebration if you prefer lounging on the beach to cuddling by the fire, but at least they provide a reprieve from summer's most pernicious irritant—bugs.

Bugs (including mosquitoes, ticks, and some flies) can spread a number of diseases. Many of these diseases cannot be prevented with a vaccine or medicine. You can reduce your risk by taking steps to prevent bug bites.

Distinguishing between bed bug bites and chigger bites can be a little tricky; however, there are some clues you can look for to figure out which of the two bit you.

Dust Mite Bites – The allergy that looks like a bite

The dust mite is a microscopic pest that’s difficult to see without magnification. It can’t bite but can contribute to dust allergens and cause severe allergies in humans. On the other hand, a bed bug is tiny but visible. It can bite humans and leave specific markings on the skin.

How to Deal With All the Bites and Stings of Summer

Summer can be relaxing. It can be fun. It can be rejuvenating. Summer, though, can also itch. It can sting. It can bite. In a number of ways, summer might just be a terrible season.

Insect Stings: Why Do They Ouch So Bad?

Justin Schmidt does not have any tattoos or piercings. Not that he's afraid of getting pricked. Or rather, stung. By bugs. Schmidt's been stung by many, many, many bugs. Tiny, squishable things that leave temporary marks, but would probably have the most inked-up Hells Angel shaking in his chaps.

Taking the ouch and itch out of insect bites

Mosquitoes, biting midges, bedbugs, ticks and fleas will make a meal of us given the opportunity. And it isn’t the pain or annoyance of the bite but our bodies’ reactions that often cause greater problems. Biting insects are different to stinging insects. The former primarily cause allergic reactions due to the saliva they inject when feeding, while stinging insects (such as ants, bees and wasps) inject venom when they bite.

Bug bites, merely annoying for most of us, can be medically perilous to some who encounter the wrong creepy crawler or experience a severe allergic reaction. When those bites go beyond a bothersome itch, it's important to know what to look for, how your body may react and if this might be the time to see your doctor.

What Bit Me? Identifying Bugs and Their Bites

Summer is the season of backyard barbecues, lazy beach days and nights around the campfire. But any time you’re outdoors, you risk contact with insects and arachnids that can leave you covered in stings and bites. If you feel a sting this summer, consult this guide to help figure out what bit you – and whether you should consider seeking medical attention

Why Do Bugs Bite Only Certain People?

Recall when you were last at an outdoor event, such as a work barbecue or family get-together. Were you repeatedly bitten by insects, especially mosquitoes, while a person sitting near you was left unscathed? Many species of insects are attracted to humans for the odors we unknowingly give off.

Insects in the City

Whether it’s termites or fire ants, white grubs or aphids…if it’s an insect pest, we’ll try to provide you with the best in science-based, pest management solutions.

Whether you’re facing a roach, rat, mosquito or even an ant invasion. At the Pest Killers, we are a dedicated team designed to be the informational hub for how to get rid of pests.

Stings and bites from insects are common. They often result in redness and swelling in the injured area. Sometimes a sting or bite can cause a life-threatening allergic reaction or transmit pathogens (viruses, bacteria or parasites, for example) to humans.

Bug bites and stings are, for the most part, no more unpleasant than a homework assignment — kind of annoying but basically harmless. Occasionally, though, an insect bite or sting can cause serious problems. So you should know when a simple ice pack can bring some relief and when a visit to the local hospital is in order.

What can I do to keep insects away? Use structural barriers such as window screens and netting. Avoid wooded, brushy, and grassy areas when possible. Don't wear heavily scented soaps and perfumes. Use caution eating outside and drinking; don't leave drinks and garbage cans uncovered. Don't wear bright colors, which attract bees. Wear long sleeves and long pants when possible. Tuck pant legs into socks or shoes. Wear a hat for extra protection.

Most insect bites are harmless, though they sometimes cause discomfort. Bee, wasp, and hornet stings and fire ant bites usually hurt. Mosquito, flea, and mite bites usually itch. Insects can also spread diseases. In the United States, some mosquitoes spread West Nile virus. Travelers outside the United States may be at risk for malaria and other infections.

Buzzing bees, marching ants and swarms of midges are becoming as much a part of the British summer as deckchairs, picnics and ice creams. Get the lowdown on these pesky creatures so you can spot and avoid the ones waiting to feast on you.

If there is a localised allergic reaction (swelling around the site of the sting) then: •Take an antihistamine tablet as soon as possible. You can buy these at pharmacies, or get them on prescription. (Antihistamines block the action of histamine, which is a chemical that is released by certain cells in the body during allergic reactions.) •Use a cold compress to ease pain and to help reduce swelling. For example, use a cold flannel or an ice pack. •Painkillers such as paracetamol or ibuprofen can help to ease the pain. •Continue with antihistamines until the swelling eases. This may be for a few days. •See a doctor if the swelling is severe. Your doctor may prescribe a short course of steroid tablets to counter the inflammation