The bird a nest, the spider a web, man friendship - William Blake 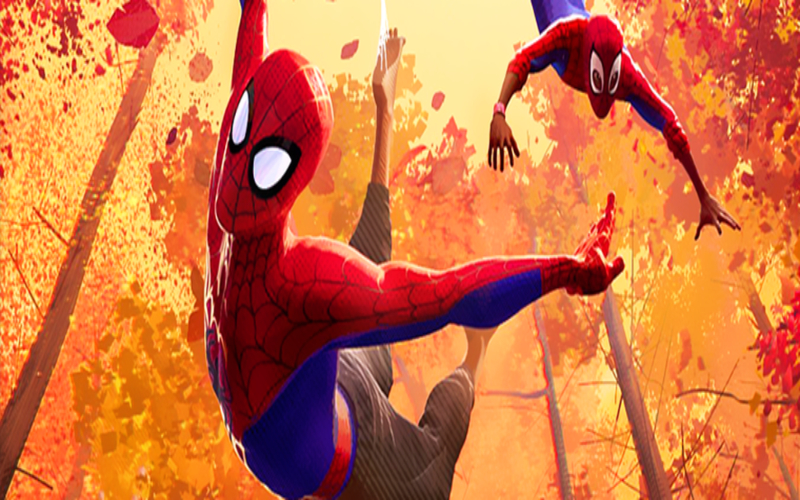 The Surprising Cause of Most 'Spider Bites'

If the thought of spiders makes your skin crawl, you might find it reassuring that the chances of being bitten by a spider are smaller than you imagine, recent research shows. Most so-called "spider bites" are not actually spider bites, according to researchers and several recent studies. Instead, "spider bites" are more likely to be bites or stings from other arthropods such as fleas, skin reactions to chemicals or infections, said Chris Buddle, an arachnologist at McGill University in Montreal.

"I've been handling spiders for almost 20 years, and I've never been bitten," Buddle told LiveScience. "You really have to work…

How To Tell A Spider Bite Apart From A Mosquito Bite

Spiders inject venom from one or two “fangs,” or chelicerae, though the two bitemarks (like a tiny vampire bite) will vanish. It won’t look too different from a mosquito bite, though it will probably hurt more than itch. They do not carry diseases. Some spider bites, like brown recluse bites, are flat or sunken rather than swollen. Some bites may ulcerate, like some recluse bites after a week (no earlier!) but it won’t be as bad as legends say. Most alleged spider bites are not spider bites at all, as spiders only bite in self defense, and necrotic bites are even rarer.

There is currently no clinical test to determine if you have been bitten by a spider. And there is no blood or swab test that can be performed to positively identify what spider it is if a bite is suspected. Whether it is a bite from a spider or another insect, the management is the same – most will get better without any medical treatment.

The World Shifts When a Black Widow Squats

A spider’s web is more than a trap or a home. It is also an extension of the spider’s senses. By paying attention to vibrations traveling through the silken threads, the arachnid can learn about its surroundings.

"Spider in da House," which might be the best name for an app ever, has photos, identification tricks and other info to help you figure out which crawly you just found hiding in the corner or under your pillow. You might find them creepy, but spiders are friends...

The spider Hyptiotes reinvented the concept of the web, building an extraordinary, spring-loaded trap.

Among the nearly 40,000 spider species and more than 100,000 species of insects, very few species are responsible for any morbidity and mortality in humans. Anaphylaxis is the most common reason for morbidity and mortality from Hymenoptera (wasps,bees, and ants) envenomation; it is estimated to occur in between 0.4% and 5% of the general population, with approximately 40 to 100 Americans dying because of it yearly, although these figures probably grossly underestimate the true numbers.1 Emergency physicians should be able to recognize, evaluate, and manage spider and insect envenomations.

And we’ve blamed spiders for treacherous bites for centuries at least—in medieval Europe, spiders were blamed for spreading plague, an infectious disease that was later correctly linked to the flea.

That ‘Spider Bite’? Blame It on Something Else

It is a misconception that spiders are habitually out to bite human beings. Spiders prefer to feed on invertebrates, often paralyzed with venom evolved for that purpose. Bites to humans, when they do occur, are most likely defensive.

SPIDERS ARE RADICAL. Eight legs, plural eyes, armored bodies, silk-shooting butts, and best of all: venom. Delivered through stiletto-sharp fangs, spider venom shuts down a victim's central nervous system, rendering it paralyzed—or dead—so the spider can turn its innards to mush and gulp down the organ soup.

The Spiders Were Biting

I knew as soon as we groped our way in the dark onto our camp porch the first week in August that the fishing was going to be good. The beam of my flashlight revealed arachnid horror tableaux draped between the porch bannisters...

Our review of the literature suggests that the witnessed effects of antivenom are usual, which leads us to believe that Antivenin Latrodectus mactans is safe when given correctly.

Welcome to Louisiana, Just Watch Out for the Spider That Turns Your Flesh Into Pizza

We moved to New Orleans from New York, where the most frightening bugs are bed bugs. I had bed bugs. They're terrible, but child's play compared to the recluse. Can bed bugs rot your face off? No. For me, however, they left giant welts that itched for weeks, a worst reaction than most endure. And herein lies my dilemma. I'm extremely sensitive to bug bites, even a mosquito will light me up with welts. Simple bug arithmetic tells me, if mosquitos do nothing much to the average person but give me welts, then the recluse, which leaves saucer-sized holes in the average person would dissolve my entire upper body.

What Does a Black Widow Spider Bite Feel Like?

If this happens to you, hang in there and ride it out. You will get better, but it takes some time.

A writer is subjected to one of the most painful experiences known to man, and lives to tell about it.

Why You Need Not Fear the Poor, Misunderstood Brown Recluse Spider

It’s hard to think of a critter that inspires as much hyperbolic hysteria as the brown recluse spider. They’re pretty much universally hated.

The literature suggests that antivenin to one species of Latrodectus is likely to be effective against other species. The conclusion drawn was that latrodectism is a common envenomation worldwide.

The Surprising Cause of Most 'Spider Bites'

If the thought of spiders makes your skin crawl, you might find it reassuring that the chances of being bitten by a spider are smaller than you imagine, recent research shows.

Welcome to BadSpiderBites.com where you’ll learn about bad spiders, what they look like, bite symptoms including pictures of bites and what to do if bitten by a spider.

Both black widow and brown recluse spiders are common in North America and throughout the world. Human contact with these spiders is usually accidental.

Spiders sometimes can be frightening little creatures! Spider bites are even scarier. They live in your home, your yard, the woods and many other places. Spiders are territorial and if you invade their space, they may bite. With eight legs and only two body parts, they may be small, but can deliver a potent bite. Some are poisonous, but some are not. The spiders whose bites are poisonous deliver venom via their fangs.

Because most spider bites don't fully penetrate human skin, they usually cause only mild reactions. However, black widow and brown recluse spider bites can cause serious reactions and need immediate care. Allergic reactions can happen but are rare.

Most spider bites cause only minor injury. A few spiders can be dangerous. In the United States, these include the black widow spider and the brown recluse spider.

Most spiders are harmless; the two exceptions in the U.S. are the black widow and brown recluse spiders. Spider bites are actually rare occurrences, and most presumed cases of spider bites are likely due to another condition that mimics the symptoms of a spider bite.

Though many people are afraid of spiders, they rarely bite people unless threatened. Most spider bites are harmless. Occasionally, spider bites can cause allergic reactions. And bites by the venomous black widow and brown recluse spiders can be very dangerous to people.

There are over 34,000 species of spider worldwide (except Antarctica). Almost all are fanged and venomous; however, fewer than 0.5% are able to bite through human skin and, of these, only a handful are considered dangerous. Most spiders are shy and not naturally aggressive, with most bites occurring when the spider is provoked or trapped. In the UK the chance of a significant spider bite is very low; however, travelling overseas[2], keeping an exotic pet spider or handling fruit shipments can increase the risk. The vast majority of spider bites, despite the myths and hype, are not medically significant.