I am shocked, truly shocked. I was in Siberia a few weeks ago, and I am now just back in from the field in Alaska. The permafrost is melting fast all over the Arctic, lakes are forming everywhere and methane is bubbling up out of them - Katey Walter 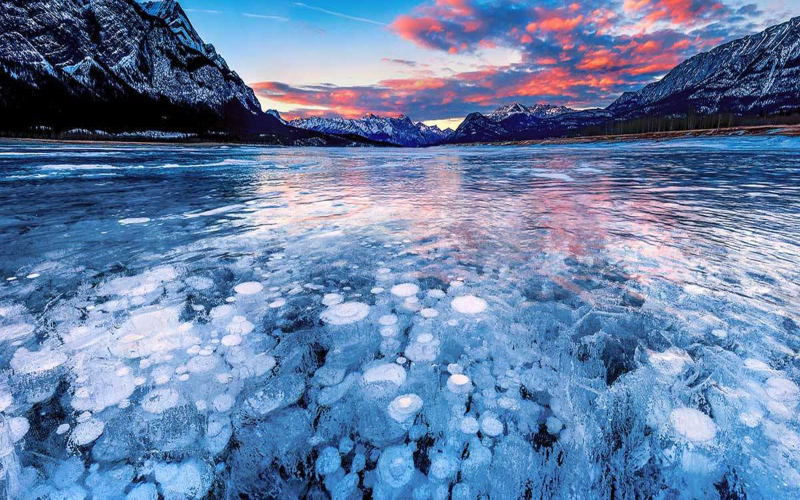 Cows -- Not Coal -- Are the Real Climate Change Culprits

President Obama recently likened denying climate change to believing the moon is made of cheese. As it turns out, ignoring this particular food's role in climate change is just as irresponsible. Getting serious about climate change would mean finally addressing the gorilla - or, more appropriately, the cow -- in the room. If you really care about the environment, you'd leave the cheese -- and all meat and dairy products for that matter -- off your plate.

By some estimates, the meat and dairy industry is responsible for up to half of all human-caused greenhouse gas emissions -- contributing more to climate change than even coal-fired power plants. Trying to regulate climate change…

Methane, the second-most emitted greenhouse gas on the planet, is at least 25 times more effective than carbon dioxide at keeping heat locked in the atmosphere. But it also has a much shorter half-life, lingering in the air for less than a decade. So, it’s been somewhat overlooked as a catalyst for a warming world.

Going after methane, a compound of one carbon atom with four hydrogens, makes sense, for it is a potent greenhouse agent. Over the 20 years subsequent to its emission a tonne of methane causes 86 times more warming than does a tonne of CO2. Also, it does not hang around. It has a half-life in the atmosphere of about a decade, so what is released soon vanishes. By contrast, CO2 lingers for hundreds, or even thousands, of years.

Everything you should know about methane as regulations loosen

Since carbon dioxide tends to hog the spotlight as the climate change villain (with good reason), it might be hard to see why these regulatory changes matter. But methane is not far behind CO2 in its contribution to global warming, and slashing emissions of the gas are an important opportunity to slow rising temperatures. Here’s a little more about this molecule.

"This paper shows that the emissions of methane from the oil and gas industry are a lot higher than what is currently estimated by the Environmental Protection Agency," Ramón Alvarez, one of the lead authors of the new study, says. "The fact is that the magnitude of emissions are so large that it has a material impact on the climate impact of natural gas as a fossil fuel."

The level of methane in the atmosphere has risen dramatically in the last decade – and climate scientists are worried. Although there’s still roughly 60 times less of it floating around than carbon dioxide, the gas heats the planet 86 times more intensely than CO₂ over a 20-year period, meaning that it accounts for about a quarter of human-caused global heating we’re experiencing today. And because it’s so potent in the short-term, fluctuations in its levels can have large and rapid impacts on how much global temperature rises in the next few decades.

It is a complicated gas to predict and manage since it is released from multiple sources. Some are natural processes, such as emissions from wetlands and bogs, methane that bubbles up through the ocean, or even through termite farts. But many different human activities also result in methane being released. Flooded rice paddies produce lots of methane, as do cow and sheep stomachs, while the gas is also released from waste buried in landfills.

In the face of rising methane pollution, cutting methane emissions is essential to combating climate change and building healthier communities.

Nobody is arguing that trees are therefore bad for climate and should be cut down. Indeed, in most cases, their carbon storage capability easily outweighs their methane emissions. But in a world where corporations plant trees to offset their carbon emissions, we badly need to know if their numbers add up, or if they are undermined by the complex chemistry of trees and methane.

Hundreds Of Methane Plumes Seeping Out Of Seafloor Along East Coast

Methane is a greenhouse gas that disappears more quickly than carbon dioxide in the atmosphere, but has more warming power than carbon dioxide. Millions of tons of methane are frozen in Arctic permafrost, both on land and in the seafloor. Recently, several studies have warned that rapid warming in the Arctic could upset these deposits, melting them and freeing the gas. This would boost the planet's greenhouse gas levels and could accelerate climate change.

Methane Emissions Are On The Rise. That’s A Big Problem

The good news? Cutting methane could be the fastest route to mitigating climate change.

Methane is Really Bad. Our Methane Rules Need To Be Really Good.

Methane, the second largest contributor to global warming after carbon dioxide, is a short-lived but extremely powerful greenhouse gas.

Pluto’s Purple Mountains’ Majesty Turns Out to Be … Methane

On Earth, methane is a gas. But on Pluto it’s a little more complicated. Pluto has an atmosphere, but it’s very thin, and that affects methane’s behavior. Temperatures on Pluto’s surface vary by a little bit; in some places it’s cold enough for methane to be an ice, and other places its warm enough to turn from an ice directly into a gas. In Cthulhu, apparently, the lower parts of the mountains are warm enough to keep methane as gas, but higher up it cools and methane freezes out as snow.

To Fight Climate Change, the Entire World Will Have to Eat Less Meat

Serious about battling climate change? Then you might want to consider going vegetarian. That's because it's looking like world temperatures will continue to climb unless people stop chowing on so much meat and dairy, according to new research from Sweden.

The U.S. and Canada will commit to cut methane emissions from oil and gas by between 40% and 45% below 2012 levels by 2025, a commitment the Obama administration has previously made.

‘Short-Lived’ Methane Could Raise Sea Levels for Another 800 Years

A new study shows that sea levels will keep increasing long after emissions leave the atmosphere.

Cows -- Not Coal -- Are the Real Climate Change Culprits

The Arctic-News Blog describes the situation in the Arctic, focusing especially on the threat of large abrupt methane eruptions from the Arctic Ocean seafloor. Contributors to the blog all share a deep concern about the way climate change is unfolding in the Arctic and the threat that this poses for the world at large.

While methane doesn’t linger as long in the atmosphere as carbon dioxide, it is initially far more devastating to the climate because of how effectively it absorbs heat. In the first two decades after its release, methane is 84 times more potent than carbon dioxide. Both types of emissions must be addressed if we want to effectively reduce the impact of climate change.