Where in health am I? : Home / Health Cloud / StaynHealthy / Environmental Health / Ecology 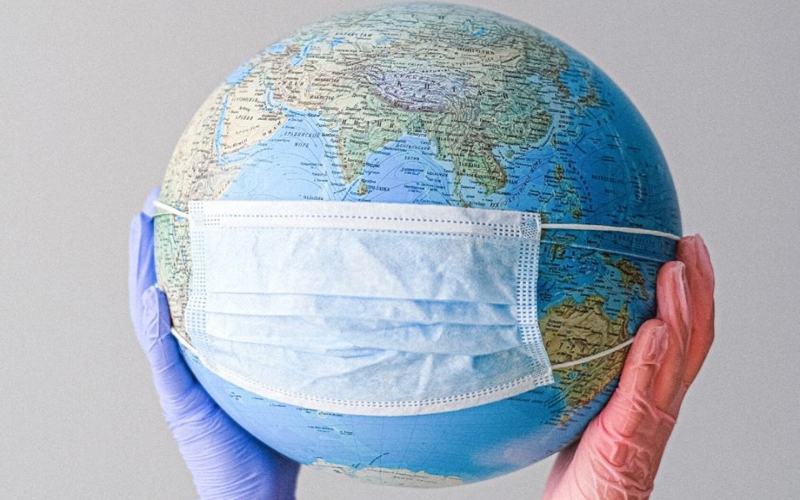 SINCE the Earth Summit in Rio in 1992, the environment has become a major concern for people across the world. Climate warming, the pollution of freshwater reserves, the destruction of habitats and the disappearance of many living species have made us realise that far from freeing humankind from nature, our extraordinary economic growth has given us an unprecedented responsibility towards it.

We can no longer ignore the evidence of environmental erosion: the destruction of primary tropical forests, home to over half of the planet’s species; the shrinking of natural habitats due to demographic and urban growth; the slow demise of coral reefs, nearly one-third of which have already…

The pandemic could signal that we've passed a series of civilizational tipping points that will usher in a new era of ecological emergencies.

If fences seem like an odd thing for ecologists to study, consider that until recently no one thought much about how roads affected the places around them. Then, in a burst of research in the 1990s, scientists showed that roads – which also have been part of human civilization for millennia – had narrow footprints but produced enormous environmental effects.

Ecosystem degradation is a global phenomenon. It is expected that by 2050, 95% of Earth’s land will be degraded. A whopping 24 billion tons of soil have already been eroded by unsustainable agricultural practices. This land degradation is the leading cause of losses of ecosystem functions such as nutrient cycling and climate regulation. These functions sustain life on Earth.

Huge ecosystems could collapse in less than 50 years – new study

We know that ecosystems under stress can reach a point where they rapidly collapse into something very different. The clear water of a pristine lake can turn algae-green in a matter of months. In hot summers, a colourful coral reef can soon become bleached and virtually barren. And if a tropical forest has its canopy significantly reduced by deforestation, the loss of humidity can cause a shift to savanna grassland with few trees. We know this can happen because such changes have already been widely observed.

One in five countries are at risk of their ecosystems collapsing, threatening more than half of global GDP (US$42 trillion, or £32 trillion), according to recent research. This scary sounding statistic raises all sorts of questions. What does “ecosystem collapse” actually mean? What causes an ecosystem to collapse and how do we know when it’s happened? Perhaps most important of all, what comes next?

Our impact on Earth’s ecosystems and biodiversity – in graphics

If we are to begin to rebalance our relationship with nature, we must first establish how out of kilter things are. But ecosystems are complex and no single measure can capture all the changes human activities have caused. Nevertheless, there are various ways of auditing biodiversity and humanity’s impact on it, from extinctions and species richness to land use and how much of the planet is set aside for nature. Almost all of them paint a worrying picture.

So You Want To Save Humanity? Manage Nature Like A Business

“Human well-being depends upon a robust, well-functioning ecosystem and nature,” Kumar says. “This can be treated like the balance sheet of a business, just like any other form of capital.”

The Earth could be entering a planetary fire age

Climate change acts as a performance enhancer, and understandably, it claims most of the attention because it’s global and its reach extends beyond flames to oceans, mass extinctions, and other knock-on effects. But climate change is not enough by itself to account for the plague of megafires. Climate integrates many factors, and so does fire. Their interplay makes attribution tricky.

The Next Decade Could Be Even Worse

A historian believes he has discovered iron laws that predict the rise and fall of societies. He has bad news.

On a rapidly changing planet, there are many ways to measure the health of an ecosystem. Can sound be one of them?

‘Incomprehensible’: The Australian Bushfires Are an Ecological Catastrophe

The enormous fires, which are being amplified by climate change, have killed up to a billion animals and may drive species to extinction.

The Ecology of Disease

THERE’S a term biologists and economists use these days — ecosystem services — which refers to the many ways nature supports the human endeavor. Forests filter the water we drink, for example, and birds and bees pollinate crops, both of which have substantial economic as well as biological value. If we fail to understand and take care of the natural world, it can cause a breakdown of these systems and come back to haunt us in ways we know little about.

“Ecosocialism combines the ideas of ecology and socialism, meaning that you have a society without class divisions that lives in some kind of harmony or balance with nature,” Victor Wallis, author of Red-Green Revolution: The Politics and Technology of Ecosocialism, told me in a phone interview . “You can’t make the decisions necessary for the health of the environment on the basis of profit calculations.”

Structural racism and classism could profoundly affect the existence of flora and fauna in our cities, according to a recent landmark publication in the academic journal Science.

Humans are transforming Earth’s natural landscapes so dramatically that as many as one million plant and animal species are now at risk of extinction, posing a dire threat to ecosystems that people all over the world depend on for their survival, a sweeping new United Nations assessment has concluded.

The ecological disaster that is Trump’s border wall: a visual guide

New sections of wall will cut through a Texas wildlife refuge and the habitat of beautiful cats.

The species the world lost this decade

This decade has made it clear: Humans are killing Earth’s great biodiversity.

SINCE the Earth Summit in Rio in 1992, the environment has become a major concern for people across the world. Climate warming, the pollution of freshwater reserves, the destruction of habitats and the disappearance of many living species have made us realise that far from freeing humankind from nature, our extraordinary economic growth has given us an unprecedented responsibility towards it.

ESA is the largest community of professional ecologists and a trusted source of ecological knowledge.

International Union for Conservation of Nature

IUCN is a membership Union composed of both government and civil society organisations. It harnesses the experience, resources and reach of its more than 1,400 Member organisations and the input of more than 15,000 experts. This diversity and vast expertise makes IUCN the global authority on the status of the natural world and the measures needed to safeguard it.

Our national campaign is working to raise awareness of biodiversity loss, the need for increasing protected areas in Canada and solutions for this unprecedented issue. If we live in harmony with biodiversity and work with nature’s systems, species will thrive, including humans.

UN-Habitat promotes transformative change in cities and human settlements through knowledge, policy advice, technical assistance and collaborative action to leave no one and no place behind.

The COVID-19 pandemic is a human tragedy, with effects that will ripple throughout economies and communities for years. WRI offers expert analysis to build back better after the coronavirus crisis.

Ecology is the study of how organisms interact with each other and their environment. It considers processes that occur at the population, community and ecosystem levels and has a particular focus on biodiversity.

Your source for the latest research news