Where in health am I? : Home / Health Cloud / StaynHealthy / Environmental Health / Electric Vehicles

Electric cars aren't pollution-free; they have to get their energy from somewhere - Alexandra Paul 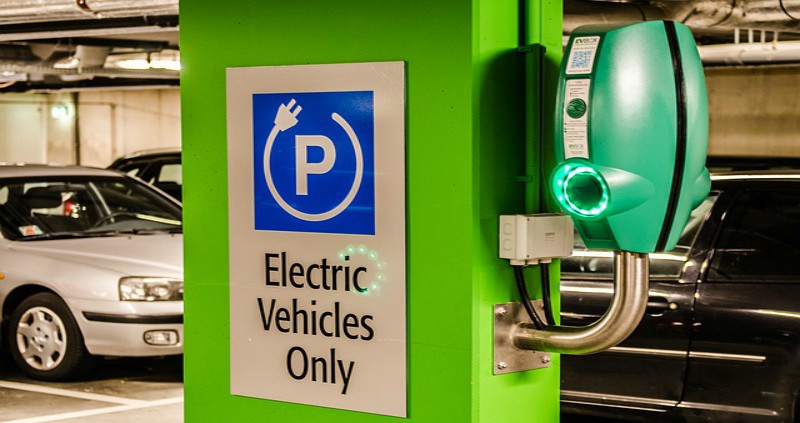 The oil and automotive industries’ increasingly crude attempts to spread misinformation about electric vehicles is a bid to protect a business model increasingly recognized each day as harmful to the planet and to each and every one of us. Media outlets such as The Guardian and CNBC have written about this issue. The misinformation includes the contention that electric vehicles are bigger polluters than conventional vehicles; this has been disproven time and again, especially as more and more states and countries are generating their electricity from sustainable sources. And even when electricity is produced from fossil fuels, the use of electric cars still means a major reduction in air pollution in our cities.

Another falsehood is that transportation is not the real issue, that the actual causes of pollution are heating or industrial emissions. The truth is that cars and trucks account for more than a third of polluting emissions, a good part of which occur precisely in the places where we live and work. So any reduction is likely to have a positive effect on our quality of life.

Then there are the claims that electric vehicles are too expensive or generate anxiety in their drivers: an idea refuted by the growing driving range of electric vehicles, which is already approaching or even surpassing that of their fossil fuel counterparts. Mercedes says its next electric vehicle will have a range of 500 kilometers, and some Teslas, like the next Roadster, are expected to have a range of around 1,000 kilometers. Even though these examples are not precisely cars for regular people, the trend is clear. With the progressive increase in the density of batteries, these figures can only evolve one way: upward.

Batteries are also the targets of misinformation campaigns: some of my readers say that batteries rely on supposedly scarce mineral sources and can’t be recycled. First, batteries can be recycled. Their elements are perfectly reusable, and, contrary to what many think, batteries degrade with use or over time much less than expected. Rigorous scientific studies show battery degradation of around 1% every 30,000 kilometers, making them much more efficient than their internal combustion rivals. In many cases, this falsehood has led leasing or renting companies to offer bad deals (based on a supposed residual zero value at the end of the contract) to people interested in electric vehicles, thus discouraging sales. As more batteries are produced, the technology is improving and prices falling, while other technologies, such as solid-state batteries, offer even more potential.

Then there are the fearmongers spreading untruths about our inability to generate enough electricity to charge all those electric cars. This claim has already been refuted by none other than the UK’s association of energy providers, which says its members will be more than able to meet the demand of the several million electric vehicles that are projected to arrive in the coming years.

And then there's the issue of maintenance. Internal combustion engines are have more than 10,000 moving parts that must be permanently lubricated and periodically replaced. As any car owner knows, replacing spare parts is extremely expensive. A typical electric vehicle has around 18 moving parts, with very low degradation and drastically lower maintenance needs than vehicles with internal-combustion engines.

We need to move quickly and efficiently toward using electric vehicles, bypassing hybrids completely (hybrids are inefficient and are only meant to extend the life of the internal combustion engine, an already out-of-date technology that should be banned sooner rather than later. Anybody considering buying a car should forget diesel, gasoline or hybrids, and go electric.

In some countries, such as Spain, the automotive industry is still using trotting out arguments based on its fictional “technological neutrality” that are actually anything but neutral. These arguments are essentially designed for an extremely lengthy transition period to protect a traditional industry that has already exceeded all limits of ethics and corporate social responsibility.

By all means, let’s have a discussion about the future of transportation, but let’s do so based on facts, not rumors, half-truths and outright lies.

A Brighter Future for Electric Cars and the Planet

There is simply no credible way to address climate change without changing the way we get from here to there, meaning cars, trucks, planes and any other gas-guzzling forms of transportation. That is why it is so heartening to see electric cars, considered curios for the rich or eccentric or both not that long ago, now entering the mainstream.

Even More Evidence That Electric Cars Could Save the Planet

“For the US overall, an electric vehicle is much cleaner than a gasoline vehicle, even when you take into account the emissions from natural gas, coal, or however else you’re generating the electricity,” says Dave Reichmuth, a senior engineer in the nonprofit's clean vehicles program.

Not so fast: why the electric vehicle revolution will bring problems of its own

Electric cars are praised as the answer to questions of green and clean mobility. But the overall sustainability of electric vehicles is far from clear. On closer examination, our entire transport paradigm may need to be rethought.

The Grim State of Electric Vehicle Adoption in the U.S.

Plugging in cars and trucks will be critical to averting climate catastrophe, according to the IPCC. How far has the U.S. come?

Is "range anxiety" a thing of the past?

What Needs to Happen Before Electric Cars Take Over the World

Electric vehicles have only a tiny market share, but the auto industry is betting billions that they will soon be as cheap as conventional cars.

We had our carpets cleaned the other day, and when the cleaner guy found out what I did, the very first thing he said was, "I was going to get an electric car." Then he looked at me almost apologetically. "But I heard they're actually worse for the environment." It's not the first time I've heard it. The media loves these stories.

Electric Cars Are Not Necessarily Clean

Your battery-powered vehicle is only as green as your electricity supplier.

Electric Vehicles - Healthy for the Planet or Not?

Is the electric car more of a public relations creation than an environmentalist’s dream?

Electric Vehicles Will Triumph Because They're Better, GM Veteran Says

Electric vehicle sales may be driven mostly by policy and preference right now, but they’ll soon be powered by dominant economics—including a profitable symbiosis between electrical drive and autonomous control, according to a former researcher for General Motors.

Forget Saving the Planet, Driving an Electric Car Will Save Your Life

If you want to sell the climate change fight, make it about personal health.

Well, we are not experts on the environment, but as electric cars enthusiasts we would like to answer yes, however everything strongly depends on the how electricity is produced and what materials/recycling methods will be used for batteries and where the emissions occur. Sadly, most of the reports are limited to CO2, which is just one of many emission components, and not necessarily the worst (some others could be more dangerous for health in large cities).

Plug-In Electric Cars - Do They Merit the Hype?

For all the hype, and even assuming that the taxpayer subsidies will continue indefinitely, it seems highly unlikely that electric vehicle sales will rise to even 5% of total light duty vehicle sales for several years. In other words, the internal combustion engine will be the norm for the foreseeable future. We will still need the oil.

Tesla's Electric Cars Aren't as Green as You Might Think

Overall, “the greenhouse-gas-emissions footprint of electric vehicles can be pretty high on the front end, as they’re being built,” says McConnell. “And so you need to get a lot of benefits on the other side, when you use it.” And after you’re done using it.

The Car That Killed Glamour

Tesla and the end of the automobile as an object of desire.

There Are Places Where Electric Cars Pollute More Than Gas Guzzlers

If you think they're always greener, these county-level maps will take you by surprise.

Electric cars are the technology of the future. Drive one today and let the herd follow you in times to come.

Voters Should Be Mad at Electric Cars

How much subsidy is flowing to electric cars these days? An accidental experiment in California might open some eyes.

The Misinformation Around Electric Vehicles

The misinformation includes the contention that electric vehicles are bigger polluters than conventional vehicles; this has been disproven time and again, especially as more and more states and countries are generating their electricity from sustainable sources. And even when electricity is produced from fossil fuels, the use of electric cars still means a major reduction in air pollution in our cities.