Where in health am I? : Home / Health Cloud / StaynHealthy / Environmental Health / Fracking

My answer is a lot shorter. No, I do not support fracking - Bernie Sanders 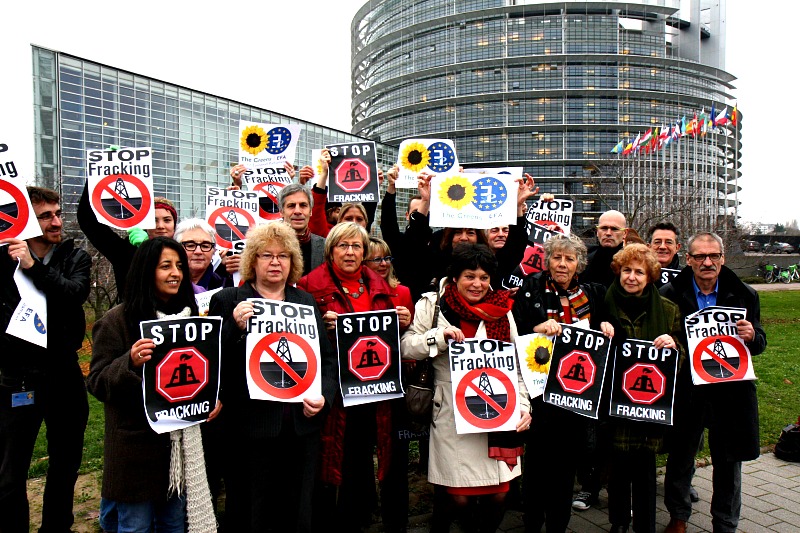 Arsenic, benzene, formaldehyde, lead and mercury are among more than 200 toxins found in fracking fluids and wastewater that may pose serious risks to reproductive and developmental health, according to a paper published on Wednesday.

And that list may just be just the tip of the iceberg, said Nicole Deziel, an environmental health expert at the Yale School of Public Health and senior author of the new study. Many more chemicals known to be used in fracking…

Fracking can cause earthquakes tens of kilometres away – new research

In the absence of a known mechanism by which fracking could cause earthquakes more than a mile or two from drilling sites, operators have often denied responsibility for such quakes. However, new research has now linked distant earthquakes to fracking, providing evidence that much larger areas surrounding sites may be at risk from drilling operations than previously demonstrated. This is a critical problem not only for fracking, but for cleaner energy solutions too.

Fracking may be a bigger climate problem than we thought

The mysterious recent spike in methane emissions? It just might be US fracking.

Satellites have revealed the fracking heartland of the US is leaking a powerful greenhouse gas at a record-breaking rate. The methane escaping from the oil and gas wells of the Permian basin, which straddles Texas and New Mexico, has the potential to warm the atmosphere by almost as much as the carbon dioxide released by all homes in the US annually.

A child born very close to a well is likely to be smaller and less healthy than a child born farther away.

The Leaks That Threaten the Clean Image of Natural Gas

Energy companies are producing record volumes of natural gas, thanks in part to the U.S. fracking boom. They have ambitious plans to make the cleaner-burning fuel a big part of the global energy mix for decades to come by sending tankers of liquefied gas around the world. But growing public concern over leaks and intentional releases of gas and its primary component, methane, threaten to derail the dominance of gas in the new energy world order.

What is fracking and why is it controversial?

Environmentalists say potentially carcinogenic chemicals used may escape and contaminate groundwater around the fracking site. The industry suggests pollution incidents are the results of bad practice, rather than an inherently risky technique. There are also worries that the fracking process can cause small earth tremors. Campaigners say that fracking is simply distracting energy firms and governments from investing in renewable sources of energy, and encouraging continued reliance on fossil fuels.

The dirty truth behind the new natural gas.

For years, the green movement has spread falsehoods about hydraulic fracturing -- or fracking -- the practice of unlocking hydrocarbons by injecting high-pressure liquid deep into the earth. Lately, the leave-it-in-the-ground lobby has doubled down on its mission to thwart the latest oil and gas extraction techniques. But research consistently shows that fracking is a secure -- and economically savvy -- form of energy production. Banning it, as New York State and Maryland have done, hurts economies -- and the environment.

Fracking is a hotly debated environmental and political issue. Advocates insist it is a safe and economical source of clean energy; critics, however, claim fracking can destroy drinking water supplies, pollute the air, contribute to the greenhouse gases that cause global warming, and trigger earthquakes.

Fracking and Radium, the Silvery-White Monster

Fracking for gas not only uses toxic chemicals that can contaminate drinking water and groundwater — it also releases substantial quantities of radioactive poison from the ground that will remain hot and deadly for thousands of years.

Fracking by the Numbers

The bottom line is clear: America deserves better than fracking, and renewables provide that brighter future.

It took nearly a decade, but former EPA scientist Dominic DiGiulio has proved that fracking has polluted groundwater in Wyoming.

Fracking Wasn’t Supposed to Cause Quakes in U.K. But Then the Ground Shook

Still, the fact that any tremors were recorded may prove a setback for the industry. “It has demonstrated quite clearly that they cannot undertake the fracking process without causing earthquakes,” said Miranda Cox, a local councilor in Kirkham, which is about three miles from the site, and an opponent of fracking.

The United States is banking on decades of abundant natural gas to power its economic resurgence. That may be wishful thinking.

The Fracturing of Pennsylvania

Popular concerns about natural-gas drilling have centered on what chemicals companies are putting into the earth, not least because this list is a proprietary secret. But the problem, it turns out, lies also in the dissolved substances coming out: namely salts (bromides, chlorides), radionuclides like strontium and barium, as well as what are commonly called BTEX (benzene, toluene, ethylbenzene), volatile organic compounds that can be injurious to human health.

Chemical lists like this one weren't publicly available until September 2010, when Wyoming adopted an unprecedented rule requiring companies to publicly disclose them amid rising concern about fracking's potential health effects.

What Is Hydraulic Fracturing?

Learn how fracking uses water to extract oil and natural gas from shale plays, why fracking is an economic and energy security solution, and where fracking is safely taking place in America.

New research reveals fracking involves hundreds of toxins that may pose serious ills and many more that remain unstudied.

From the beginning, Gasland's been more than just a movement to protect our environment and health. This is a movement about protecting our democracy and right to decide the future of our country. Join us today to make sure decisions are made by the people and not the fossil fuel industries.