Apart from feeling just a bit more sweaty, there are no known risks from avoiding talcum powder - and I'm a firm believer in better safe than sorry - Dr Sarah Jarvis 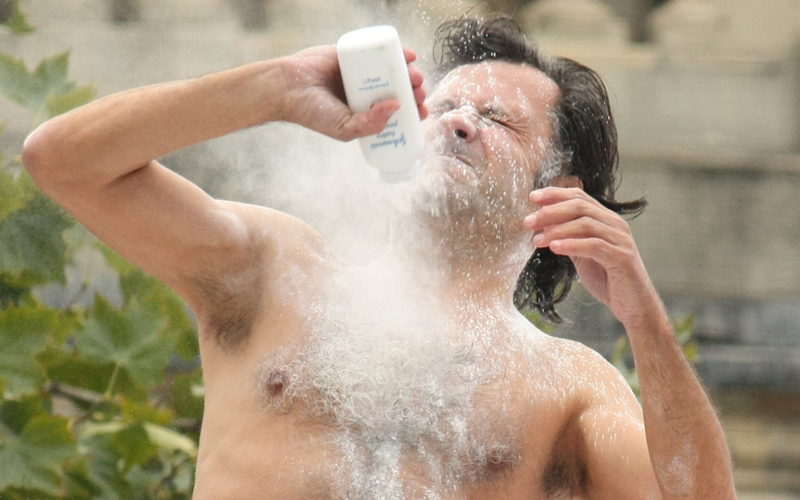 Talcum Powder: Just How Much Risk Does It Pose?

Johnson & Johnson is a trusted name whose baby powder has long been a staple of many homes. The powder absorbs excess moisture and protects skin from chafing and irritating rashes. Women in particular use it as a part of feminine hygiene.

Now we are being told that this household item could be linked to cancer.

Johnson & Johnson just lost a huge lawsuit brought by the family of a woman who died of ovarian cancer after years of using the product. The decision wasn’t actually based on hard evidence of a known link between talc and ovarian cancer, leading to a lot of confusion for consumers.

Baby powder’s main ingredient is talc — a natural product made of magnesium, silicon,…

Science provides a direction and can offer an evaluation of the potentially deadly risks and negligible benefits associated with a consumer product.

There's no research that definitively links Johnson & Johnson's talc-based baby powder with ovarian cancer, but the medical consensus on the safety of talc when used cosmetically remains murky. According to the American Cancer Society, it's not clear whether products that contain talc (and don't contain asbestos) could still increase the risk for cancer, as studies in both humans and lab animals have produced conflicting results.

What Is Talc, Where Is It Used and Why Is Asbestos a Concern?

Asbestos is also found underground, and veins of it can often be found in talc deposits, leading to a risk of cross-contamination, geologists say.

Does Baby Powder Cause Ovarian Cancer? Here's What You Need To Know

Whether or not you’ve heard it before, this question about talcum powder and ovarian cancer is nothing new—and the evidence supporting a link is not strong.

How Freaked Out Should We Be by the Possibility That There Was Asbestos in Baby Powder?

What we know is a paradox: Asbestos shouldn’t be in baby powder. And most people will not be affected in the least by the fact that it was.

Johnson & Johnson Will Not Sell Its Controversial Baby Powder in the US and Canada, But Will Continue in Other Countries

The company faces almost 20,000 lawsuits from those claiming its talc products cause cancer.

U.S. government-led research found no strong evidence linking baby powder with ovarian cancer in the largest analysis to look at the question. The analysis involved 250,000 women who participated in four long-running studies and were asked periodically about their use of powder in the genital area. About 40% said they did.

The debate about whether or not talcum powder causes ovarian cancer has rumbled on for decades. However, it recently reached fever pitch after a US court awarded damages to the family of a woman who died of ovarian cancer, allegedly as a result of having used talc as a feminine hygiene product for many years. Does that mean women should avoid using talcum powder? What does the science say?

Does talcum powder cause ovarian cancer?

Most health agencies have not declared talc a risk factor for ovarian cancer, although in 2010, the World Health Organization’s International Agency for Research on Cancer concluded that “perineal use of talc-based body powder is possibly carcinogenic to humans.”

Despite the $72-million verdict, scientists say the evidence of real danger is inconclusive.

FDA Issues Ban On The Use Of Powdered Surgical Gloves

FDA has issued a ban on the sale, manufacture, and use of powdered surgical and examination gloves — as well as associated absorbable powders — that will begin on January 19, 2017. The agency first proposed the ban in March, citing evidence of wound inflammation, allergies, and post-surgical adhesions and complications.

Talcum powder was once thought safe enough for a baby’s bottom and a lady’s, well…lady parts. It absorbs moisture, minimizes friction, and is used to prevent rashes—US manufacturer Johnson & Johnson for many years promoted the powder for infant care and feminine hygiene. Now, however, the company faces a spate of claims from thousands of women all over the US for failure to warn of talc’s dangers, especially its link to ovarian cancer in scientific studies.

Is junk science about to enter an L.A. courtroom in a lawsuit over ovarian cancer?

The scientific evidence is equivocal. Talc’s role may well be incremental or marginal, swamped by other potential contributing factors such as obesity, genetics and other aspects of the patients’ medical histories.

Johnson & Johnson has long been the undisputed leader in baby product sales and has always tried to portray itself as a gentle, caring company. But a startling new report by Reuters suggests otherwise. The report indicates that small amounts of asbestos have been lurking in some of the company’s talc — the substance that makes baby powder powdery — going back to the 1970s. The company allegedly didn’t openly communicate results, and at times purposely obfuscated them, to both consumers and the Food and Drug Administration.

More than 1,000 women and their families are suing J&J and Imerys, claiming the companies have known of the association with ovarian cancer for years and failed to warn them.

Talcum powder is an interesting case, because it’s not something that’s necessary,” said Dr. Anne McTiernan, an epidemiologist with the Fred Hutchinson Cancer Research Center in Seattle. “If there’s any doubt, why should anyone use it?”

Should you use talcum powder after Johnson & Johnson cancer lawsuits?

Women are suing Johnson & Johnson because of a potential link between talcum powder and ovarian cancer, but you shouldn’t throw out your own baby powder quite yet. The science is still out on a proven connection, and the company is fighting off additional lawsuits and appealing its lost cases.

The jury’s still out. It’s hard for researchers to actually test if purified talcum powder causes ovarian cancer, as it would be unethical to ask a group of women to apply a potentially carcinogenic substance to their bodies for decades to see if they develop tumors. And small case studies that ask participants to self-report baby powder use can be unreliable. This is because individual memory can be shoddy, and there is no standard way to measure how much talcum powder was sprinkled on the genital area, as well as other factors could be impacting it.

Cosmetic talcum powder products have been used for decades. The inhalation of talc may cause lung fibrosis in the form of granulomatose nodules called talcosis. Exposure to talc has also been suggested as a causative factor in the development of ovarian carcinomas, gynecological tumors, and mesothelioma.

Could baby powder soon come with a warning label?

It’s not clear how much of an exposure is necessary or if talc exposure is causative, but there seems to be at least a correlational link between ovarian cancer and talc usage. While the science is far from conclusive and studies asking people to remember and quantify how they use products over time are not always accurate, it’s still concerning.

If your baby has diaper rash, there may be a long trip in your future.

In recent years, women have taken talcum powder manufacturers to court over concerns that the use of the product in the genital area could cause ovarian cancer. Now, a new study finds no meaningful association between using talc-based or other powders and ovarian cancer.

Johnson and Johnson concealed for decades that some tests found their signature product contained traces of asbestos.

Talcum Powder: Just How Much Risk Does It Pose?

Johnson & Johnson is a trusted name whose baby powder has long been a staple of many homes. The powder absorbs excess moisture and protects skin from chafing and irritating rashes. Women in particular use it as a part of feminine hygiene. Now we are being told that this household item could be linked to cancer.

Most concerns about a possible link between talcum powder and cancer have been focused on: Whether people who have long-term exposure to talc particles at work, such as talc miners, are at higher risk of lung cancer from breathing them in. Whether women who apply talcum powder regularly in the genital area have an increased risk of ovarian cancer.

Some people may sprinkle on powder after showering and never think much of it. But recent court cases have shined a spotlight on the possible link between women's regular use of talcum powder on their genitals and an increased risk of developing ovarian cancer.