Why should we tolerate a diet of weak poisons, a home in insipid surroundings, a circle of acquaintances who are not quite our enemies, the noise of motors with just enough relief to prevent insanity? Who would want to live in a world which is just not quite fatal? - Rachel Carson, Silent Spring 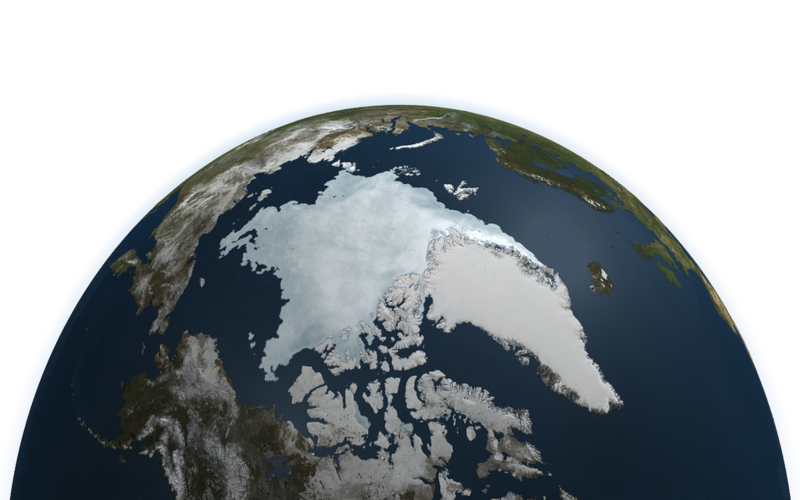 The problems won’t go away: Persistent Organic Pollutants (POPs) in the Arctic

While climate change and carbon have stolen the limelight in recent months, there has been little attention paid to Persistent Organic Pollutants—also known as POPs. As the name suggests, POPs are environmentally persistent, which means that they take a long time to degrade and can be transported over long distances. Due to the environmental conditions in the Arctic, they often end up “trapped” there.

Many of the chemicals classified as a POP were widely used globally in commercial products, in particular as pesticides and insecticides. The most well known pollutants include polychlorinated biphenyls (PCB), widely used in plastic products, and dichlorodiphenyltrichloroethane (DDT),…

Chemicals on our food: When “safe” may not really be safe

Weed killers in wheat crackers and cereals, insecticides in apple juice and a mix of multiple pesticides in spinach, string beans and other veggies – all are part of the daily diets of many Americans. For decades, federal officials have declared tiny traces of these contaminants to be safe. But a new wave of scientific scrutiny is challenging those assertions.

Hidden studies from decades ago could have curbed PFAS problem: Scientist

In the editorial, Grandjean said studies conducted up to four decades ago found health effects, including on the immune system, from PFAS chemicals, but those studies were hidden by production companies, like 3M Co.

How the Benzene Tree Polluted the World

The organic compounds that enabled industrialization have unintended, long-lasting consequences for the planet’s life.

Orca 'apocalypse': half of killer whales doomed to die from pollution

Banned PCB chemicals are still severely harming the animals – but Arctic could be a refuge. At least half of the world’s killer whale populations are doomed to extinction due to toxic and persistent pollution of the oceans, according to a major new study. Although the poisonous chemicals, PCBs, have been banned for decades, they are still leaking into the seas. They become concentrated up the food chain; as a result, killer whales, the top predators, are the most contaminated animals on the planet. Worse, their fat-rich milk passes on very high doses to their newborn calves.

The majority of persistent organic pollutants (POPs) identified until now are banned or restricted around the world owing to concerns about their harm to ecosystems and human health. However, this is not the end of the story; even long-banned POPs still linger in the environment; others are still in use and are being directly emitted; and new POPs may be identified for which we have limited information.

Where have all our insects gone?

There is a crisis in the countryside – and a massive decline in insect numbers could have significant consequences for the environment.

Convention The 12 Initial POPs The New POPs Chemicals proposed for listing under the Convention What are POPs? Persistent Organic Pollutants (POPs) are organic chemical substances, that is, they are carbon-based. They possess a particular combination of physical and chemical properties such that, once released into the environment, they remain intact for exceptionally long periods of time (many years)...

The prevalence of pesticides and other chemicals may seem like something of a bygone era, one marked by Silent Spring and the Bhopal Disaster, but the grim reality is that they are unfortunately very much around. Whether it is BPA in your water bottle or neonicotinoids decimating bee populations, action has not been uniform.

Here we are, 45 years later, still battling with the residues of these persistent poisons. Makes you wonder about all the chemicals our industries use so freely in the production of our gotta-have consumer goods, including our foods. We need to understand two things, here: (1) a corporation’s primary responsibility is to the health of its bottom line, not the health of the people who buy its products; (2) the government agencies that are supposed to protect American consumers have a long history of favoring business interests over our health and safety.

Dupont's museum of disastrous chemistry continues to spread its poison

Since 1892, when DuPont chose this site to house its smokeless gunpowder operations, Chambers Works has been ground zero for some of the world’s most environmentally devastating commercial enterprises.

Currently, tens of thousands of compounds have never been subject to safety tests because they were on the market before the law was passed in 1976. Approximately 62,000 chemicals already on the market were ‘grandfathered’ in when tosca was enacted, and the new law had little power to investigate them.

Explainer: What are endocrine disruptors?

Some chemicals can mimic hormones, and in doing so wrongly turn on or off important bodily processes.

In ToxicDocs.org, a Treasure Trove of Industry Secrets

An online database of corporate memos, meeting minutes, and letters related to a variety of toxic substances aims to augment public health and safety.

Toxic chemicals are accumulating in marine creatures in Earth’s deepest oceanic trenches, the first measurements of organic pollutants in these regions have revealed.

Industrialization and modern insect control have improved the quality of life around the globe, but they have also added some 100,000 chemical compounds that, some scientists worry, could affect the health of people and wildlife. These persistent organic pollutants, known as POP's, have gone virtually unregulated since they were developed more than 50 years ago.

The accumulation of DDT in the Himalayas exceeds levels found in the Arctic.

WHILE THE DANGERS of PFOA and PFOS are widely known, very little is known about the other chemicals in their class, PFAS. Here is some of the emerging science on how other per- and polyfluoroalkyl substances affect people.

Pollution Has Worked Its Way Down To The World's Deepest Waters

PCBs were banned decades ago. But they're still out there. Marine biologist Katherine Dafforn at the University of New South Wales in Australia says the discovery of such high levels in these trenches is "disturbing."

Thirty-eight years after DDT was banned, Americans still consume trace amounts of the infamous insecticide every day, along with more than 20 other banned chemicals.

Why Chemicals in the U.S. Are Still “Innocent Until Proven Guilty”

Originally passed in 1976, the old TSCA was meant to help the EPA regulate the safe production and use of industrial chemicals. But the act was founded on scientific assumptions and practices that are far outdated today. Perhaps worse, TSCA also grandfathered in a long list of “existing” chemicals—which made it extremely difficult for the EPA to pull them from the market even if they were later shown to be harmful.

The problems won’t go away: Persistent Organic Pollutants (POPs) in the Arctic

While climate change and carbon have stolen the limelight in recent months, there has been little attention paid to Persistent Organic Pollutants—also known as POPs. As the name suggests, POPs are environmentally persistent, which means that they take a long time to degrade and can be transported over long distances. Due to the environmental conditions in the Arctic, they often end up “trapped” there.

Protecting human health and the environment from persistent organic pollutants.

IPEN with a group of international networks has launched a new campaign which aims to raise awareness about the harms of toxic chemicals, plus engage and broaden the base of civil society groups working on issues related to the implementation of the Strategic Approach to International Chemicals Management.

Persistent organic pollutants (POPs) are a group of toxic chemicals that don’t break down easily in the environment. They can be intentionally produced and used in agriculture, disease and pest control, manufacturing, or industry. They can also be unintentionally produced from some industrial processes and from waste incineration, backyard trash burning, cigarette smoke, and vehicle exhaust. POPs can travel regionally and around the world. They bioaccumulate in the fat tissue of humans and animals, biomagnify in food chains, and are persistent in the environment. The Stockholm Convention on Persistent Organic Pollutants is an international treaty to protect human health and the environment from POPs.

Many POPs were widely used during the boom in industrial production after World War II, when thousands of synthetic chemicals were introduced into commercial use. Many of these chemicals proved beneficial in pest and disease control, crop production, and industry. These same chemicals, however, have had unforeseen effects on human health and the environment. Many people are familiar with some of the most well-known POPs, such as PCBs, DDT, and dioxins.

Inter-Organization Programme for the Sound Management of Chemicals

The key objective of the IOMC Technical Coordinating Group on Persistent Organic Pollutants (POPs) is to promote coherence among participating organizations and governments to address POPs and their obligations under the Stockholm Convention.

Persistent Organic Pollutants (POPs) are an environmental and health threat to oceanic and land creatures as well as humans. They are man-made substances that are primarily carried through air and water currents. POPs settle in colder climates in the Arctic, such as Alaska where the temperatures reach below freezing. The contaminants rest there for long periods of time because the cold climate prevents them from breaking down. This is the main reason why POPs transfer from water to soil to plants onto animals and into humans.

Persistent organic pollutants (POPs) are chemicals of global concern due to their potential for long-range transport, persistence in the environment, ability to bio-magnify and bio-accumulate in ecosystems, as well as their significant negative effects on human health and the environment.