Where in health am I? : Home / Health Cloud / StaynHealthy / Exercise / CrossFit 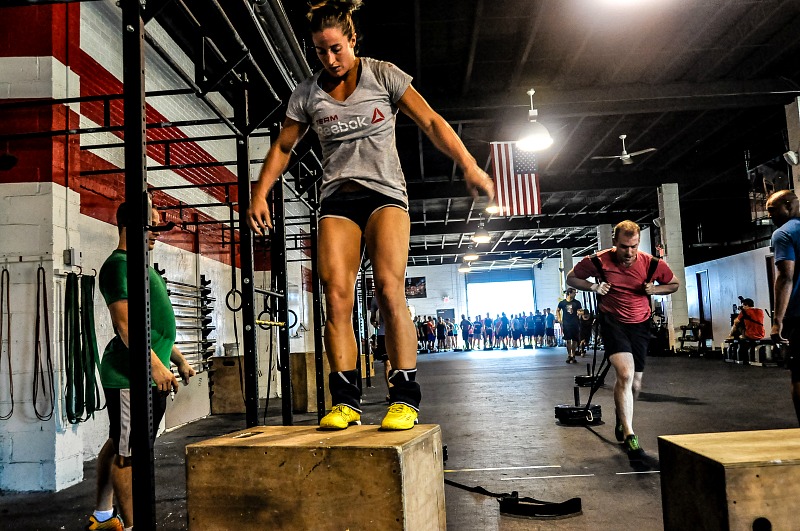 Is CrossFit bad for you?

There has never been a fitness craze that has caused such controversy as CrossFit. People seem to either love or hate it. Those that love it have developed a cult-like following and those that hate it, are equally as vocal in their loathing about why you should hate CrossFit. So is it really good for you or should you avoid it like the plague?

First of all, it must be said that if CrossFit is what you choose to do as exercise and it keeps you active three to four days a week and you enjoy it, then by all means do it. Exercising should be fun. Not everyone loves the same activities. It just doesn’t happen. Different people have different interests so if you find that it is your exercise…

What to get Fran, Grace, and any other friend or family member who spends every day at their box.

A Fierce Workout Routine Comes From a Day on Her Farm

She ditched her CrossFit membership after discovering what it takes to flip bales of hay, lug buckets of gravel and more.

Congrats on the New Baby. Welcome to CrossFit

More fitness classes are marketing to women in their first weeks postpartum. Doctors say it can be good to get moving, but worry about social media pressure to ‘bounce back.’

CEO Greg Glassman believes his program could end chronic disease — and he wants doctors to help him.

High-intensity workouts may put regular gym goers at risk of rhabdomyolysis, a rare but dangerous condition

Known as “rhabdo” for short, it’s a potentially life-threatening condition caused by damage to muscle cells. Rhabdo was originally known as “crush syndrome” and was first identified in victims of the London Blitz in the 1940s. Victims survived their crush injuries only to die several days later from kidney failure. Today, around 47% of rhabdomyolysis cases are in people who engage in extreme exercise that’s unfamiliar to them. This is known as “exertional rhabdomyolysis”.

Can You Do CrossFit Without Being a Dick?

The day is split up into five punishing 20-minute workouts, where men and women compete to extract as much exercise from their bodies as is inhumanly as possible.

Corporate cult or fitness family: what is the secret of CrossFit’s success?

CrossFitters are notoriously committed to the gruelling workouts and fierce competition that characterise the movement, and it’s often remarked that the first rule of CrossFit is to never stop talking about CrossFit. Naturally, such unconfined zeal invites derision and perhaps even suspicion. Some common and potentially awkward questions have already been posed: why is the regime so addictive? And for what – or for whom – are CrossFitters actually training?

CrossFit's health hazards: From detached retinas to wetting your pants

Numerous studies have looked at the health effects of CrossFit, finding evidence of pretty immodest injury rates and other disturbing health traumas.

CrossFit: Can Science Explain Its Success

CrossFit—both as a sport and a fitness methodology—is relentless in its growth. There’s no sign of it slowing down, but of course, most of you already know that.

Crossfit: The Good, the Bad, and the Ugly

It is a hard, fast and often brutal system that requires a certain mindset. Just like there are runners and non-runners, there are Crossfitters and non-Crossfitters. And simply because it is the latest fitness trend doesn’t mean that it is something simply anybody can do. Despite its apparent accessibility and great PR. So let’s go over a few things to see if this is the method for you.

Everyone has an uncle they’d rather you not meet. Please allow me to introduce you to Uncle Rhabdo, CrossFit’s unofficial and disturbing mascot. Uncle Rhabdo is a cartoon commonly referenced in CrossFit literature and representative of a troubling trend among CrossFitters.

How CrossFit Saved This Doctor’s Health

If you are not familiar with what happens at CrossFit, you are probably familiar with the bad rap it has gotten of late. It has been put down as being a cult, a place where people only get injured, too intense, too taxing on the human body, or too stupid.

How Will You Work Out When CrossFit Is No Longer Hip?

"High-intensity interval training is the result of a lot of these infomercials," says Thompson. "I think that in five years, we're not going to be talking about [it]." Part of the reason, he suggests, is because there's a high probability of injuring yourself when doing aggressive exercises.

Is CrossFit Safe? What '60 Minutes' Didn't Tell You

There are a lot of things to like about CrossFit. It packs a big workout into a short timeframe. It’s built around interval training and weights, which are known to challenge muscles and build fitness.

Is CrossFit Training Good For Kids?

For thousands of people across the country, going to a regular gym just doesn't cut it. Instead, they prefer CrossFit routines: like swinging kettlebells, flipping tires, and doing squats and dead lifts until they drop. Now kids as young as 4 are taking part.

The Church of CrossFit

Gyms and other secular communities are starting to fill spiritual and social needs for many nonreligious people.

When Some Turn to Church, Others Go to CrossFit

“There is something raw and vulnerable that happens to you when you go into the CrossFit gym,” Ms. Huberlie said. “A workout can bring you to your knees, so to speak.”

Why CrossFit Is (Not) Bad For Your Health

The CrossFit craze has swept the nation for over eight years now, but many health experts warn that the extreme, over-the-top workouts could be bad for your health. Though the jury is still out on the final verdict, we’ll run through some common misconceptions about CrossFit and you can decide if it is a good addition to your workout routine or if it should be shelved.

Why I don't do CrossFit

The point here is that subjecting your muscles to extremely high stress repetitively is not good. CrossFit seems to think that the more pain you are in, whether on that day or the days following the workout, the better. The more you disregard the pain and keep pushing through it, the “tougher” you are. But this is not true, and more importantly, it’s not healthy.

Why Would Anyone Want to Work Out Until They Puke?

As intense exercise programs like CrossFit and P90X gain popularity, a look at the psychology of pushing your limits—and when that can be a bad idea.

Work Out So Hard You Vomit

The rise of P90X, CrossFit, and the "extreme" exercise routine.

Is CrossFit bad for you?

There has never been a fitness craze that has caused such controversy as CrossFit. People seem to either love or hate it. Those that love it have developed a cult-like following and those that hate it, are equally as vocal in their loathing about why you should hate CrossFit. So is it really good for you or should you avoid it like the plague?

Before you decide this program is too intense, manly, dangerous, or whatever your excuse is, learn the facts. You just may find yourself signing up at a box.

The world's leading platform for health, happiness, and performance.

We are a family, our members and staff work hard to maintain an inclusive, positive and encouraging culture. We encourage everyone to get to know each other, and our members introduce themselves to anyone they don't know.

The Games began in 2007 as the first competition to objectively measure fitness. From their inception, they have been unlike traditional sports such as track and field, gymnastics, weightlifting, or even decathlon — all specialist sports in which the events are known long in advance. The early athletes flocking to Aromas, California, from around the world were tested against a variety of unannounced events, each with different movements, equipment, and time domains.

We pride ourselves on supporting each other towards our goals and sharing in those successes. Whatever those goals may be, we all come together under one roof to improve ourselves in one way or another.

Tabata Times has grown to become the largest independent media voice covering the fast-growing sport of CrossFit. Join the conversation.