We have to talk about the fact that race and racism is real, and is as much of the fabric of America as apple pie or the Fourth of July or the Second Amendment - Terry Harris 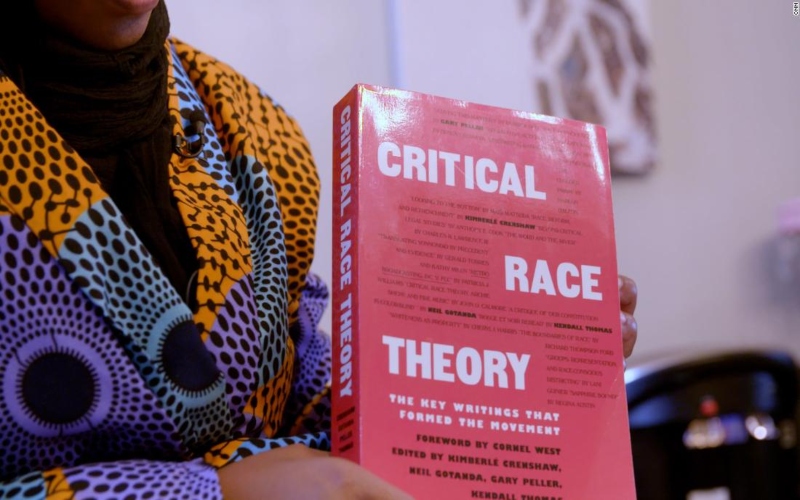 image by: The Grinning Buffalo

As a sociologist who confronts the issue of racism by showing through research how racism affects the choices and chances of individuals, I believe the only way to confront systemic racism is to confront the systems and structures that uphold it. And to do that means telling a complete history.

But the politicians in their talking points surrounding proposed legislation strategically fail to highlight one of the most critical parts of critical race theory — it’s not a Black v. white thing.

The real problem of using critical race theory to explain social inequality, especially during a time when inequality is being experienced by so many, is that if people take a moment to think about their social circumstance, they will realize America’s dirty little secret.

Americans have been conditioned to take sides (and offense) immediately when it comes to issues of race. The mere mention of the word “race” creates a framework of black-versus-white, and, like polarized magnets, people jump to their respective sides without critically thinking about how race is being used in our society.

Critical race theory is not just a theory by, about and for Black folks. It is a theory that shows how race has been used as a tool for those in power to stay in power and make money. All the current hype around the theory is a distraction from this fact: The impact of that tool affects everyone of all races.

Critical race theory is the brainchild of academics, legal scholars and activists who sought to explain the decline of the progresses made in the 1960’s civil rights movement. The theory provides an explanation for how society is organized along racial lines and hierarchies.

It does not rewrite history. Instead, critical race theory goes deeper into American history explaining the modern effects of historical occurrences.

For example, consider that many poor whites have a perception of and have experienced loss in status, prestige and money since the 1990’s. Marginalized groups cannot be blamed for the economic setback of the white underclass since they too have experienced it but at more alarming rates.

But the plight of the white underclass has not been given as much public or political attention as racialized groups. The result is racial tension concerning economic resources to which neither group has access.

One approach to explain the racial tension over economic resources is to apply critical race theory, which explains that the people who have the power to create policy and distribute economic resources, who are white and mostly male, are responsible.

As Derrick Bell summarizes in his book “Faces at the Bottom of the Well,” white people fail to see how the people in power, who look like them, have failed to change their plight because white people have been socialized to think of themselves as being better than racialized groups.

So instead of seeing how equitable access to all social resources helps them, the white underclass resists any social policy change along racial lines.

The racial tension distracts people from what they should be focusing on — social inequality. Critical race theory implores one to think about the ways in which race is used in the economy, politics, criminal justice system and society at large.

Immersing Americans in legislative and news media sideshows that define and discuss critical race theory in vague terms that signal racist and other nefarious intentions is a calculated strategy to add confusion during a time when people are paying more attention to social inequality, which is the main event.

By arguing against the ability of organizations and educational institutions to use critical race theory, important issues, such as why workers are making more money from unemployment benefits as opposed to going back to work for a livable wage, are getting pushed aside.

Critical race theory reveals how race has been used as a tool to create and exert power in ways that affects everyone – of all races – economically and politically.

The real problem with critical race theory is that it exposes those who have used race as a tool for their own political and economic gain.

Source: Monita Mungo PhD, Excerpt from The real problem with critical race theory, The Hill, May 26, 2021.

'Critical Race Theory Is Simply the Latest Bogeyman.' Inside the Fight Over What Kids Learn About America's History

It has also galvanized those who worry applying that lens will teach children to hate America or divide the nation by emphasizing our differences. This viewpoint has come to the fore amid a surge of controversy over critical race theory (CRT), a decades-old academic framework that scholars use to interrogate how legal systems—as well as other elements of society—perpetuate racism and exclusion.

Critical Race Theory Would Not Solve Racial Inequality: It Would Deepen It

Critical race theory is an ideology which maintains that the United States is a fundamentally racist country and that American institutions such as the Constitution, property rights, color blindness, and equal protection under the law are vestiges of white supremacy, patriarchy, and capitalist oppression—all of which must be overthrown in the name of “antiracism.” Ultimately, critical race theory and “antiracism” policies would deepen racial divisions and undermine the very institutions that are essential to addressing poverty and inequality across all racial groups.

The War Over Critical Race Theory

Advocates and media circle the wagons and try to conceal the truth about a pernicious ideology.

Critical Race Theory Is the Opposite of Education

It’s more of a religion. Its practitioners reject the idea of evaluating the merits of competing ideas.

Critical race theory: What it is and what it isn’t

The development of critical race theory by legal scholars such as Derrick Bell and Crenshaw was largely a response to the slow legal progress and setbacks faced by African Americans from the end of the Civil War, in 1865, through the end of the civil rights era, in 1968. To understand critical race theory, you need to first understand the history of African American rights in the U.S.

Critical Race Theory: What It Means for America and Why It Has Sparked Debate

Critical race theory: Who gets to decide what is history?

Ms. Steenman, in Tennessee, says that “there are lots of lessons to learn in history,” including slavery and Jim Crow. But she worries about where the emphasis falls. “There’s mistakes that we’ve made, but there are also redemptive elements. When you only teach the mistakes and not redemption, [students] will be ashamed of their country,” she says.

The debate about critical race theory has become circular and maddening because the phrase itself has been unmoored from any fixed meaning.

We Disagree on a Lot of Things. Except the Danger of Anti-Critical Race Theory Laws

A wiser response to problematic elements of what is being labeled critical race theory would be twofold: propose better curriculums and enforce existing civil rights laws.

The development of critical race theory by legal scholars such as Derrick Bell and Crenshaw was largely a response to the slow legal progress and setbacks faced by African Americans from the end of the Civil War, in 1865, through the end of the civil rights era, in 1968. To understand critical race theory, you need to first understand the history of African American rights in the US

What Is Critical Race Theory, and Why Is It Under Attack?

Is “critical race theory” a way of understanding how American racism has shaped public policy, or a divisive discourse that pits people of color against white people? Liberals and conservatives are in sharp disagreement.

What the hysteria over critical race theory is really all about

Watching the news or browsing social media, it would be easy to think that critical race theory is a complicated, controversial, or new idea. But critical race theory, created four decades ago by legal scholars, is an academic framework for examining how racism is embedded in America’s laws and institutions.

What the moral panic about ‘critical race theory’ is about

But if racism is a foundational reality, and not just a personal prejudice, then much bigger changes have to be made – and more is required of white people than personal innocence.

As a sociologist who confronts the issue of racism by showing through research how racism affects the choices and chances of individuals, I believe the only way to confront systemic racism is to confront the systems and structures that uphold it. And to do that means telling a complete history.

Critical Race Theory is essential for understanding developments in this burgeoning field, which has spread to other disciplines and countries. T