Where in health am I? : Home / Health Cloud / StaynHealthy / Global Health / Genocide 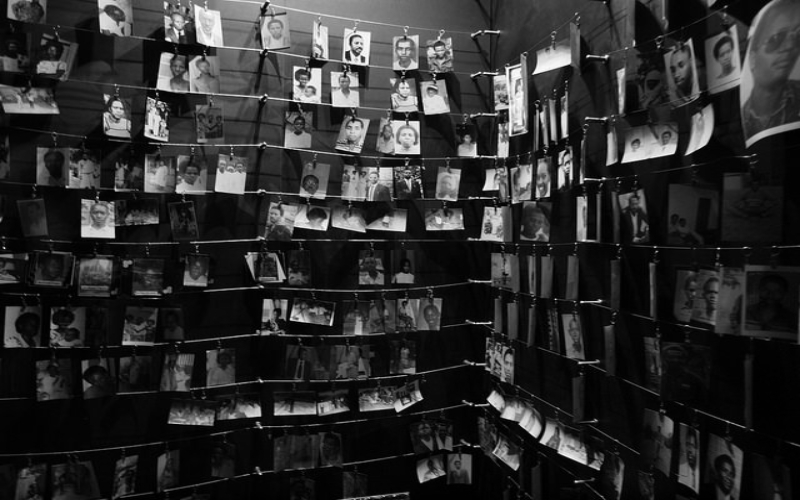 BEFORE he fired the shot, the Einsatzgruppe commander lifted the Jewish child in the air and said, “You must die so that we can live.” As the killing proceeded, other Germans rationalized the murder of Jewish children in the same way: them or us.

Today we think of the Nazi Final Solution as some dark apex of high technology. It was in fact the killing of human beings at close range during a war for resources. The war that brought Jews under German control was fought because Hitler believed that Germany needed more land and food to survive and maintain its standard of living — and that Jews, and their ideas, posed a threat to his violent expansionist program.

There is more and more evidence of China’s human rights abuses in Xinjiang.

Genocide is foundational to Canada: What are we going to do about it?

The final report on the National Inquiry into Missing and Murdered Indigenous Women and Girls took that acknowledgement several steps further. The report documents how Canada has committed and continues to commit colonial genocide through a range of composite acts.

Genocide: why a focus on prevention would produce a better outcome

One hundred and forty nine countries have signed the Convention on the Prevention and Punishment of the Crime of Genocide of 1948. These signatories present themselves as the authorities who are committed to and entrusted with preventing genocide. But none of these countries are held accountable when they ignore the duties set out in the convention. One need look no further than Cambodia, Rwanda, the Democratic Republic of Congo, the Balkans, and Myanmar for evidence of a serious flaw in the Convention

Why There Should Never Be Another Columbus Day

By all historical accounts, Christopher Columbus was a father of genocide. So why does the United States still have a national holiday to honor him?

History unfortunately does repeat itself. Two thousand years ago the Romans laid siege to Carthage, killing more than half of the city's residents and enslaving the rest. Hitler attempted to annihilate the Jews in Europe. In 1994 the Hutus turned on the Tutsis in Rwanda. The Khmer Rouge killed a quarter of Cambodia's population. After the breakup of Yugoslavia, Serbs slaughtered thousands of Bosnians at Srebrenica in July of 1995. Last year when Buddhists attacked Rohingya Muslims in Myanmar, many people were shocked to hear that mass killings still occur in the 21st century. But they do – and there's growing evidence that these events follow familiar patterns. And if they do, we should be able to see them coming.

Human rights advocates are too quick to use the G-word to describe mass atrocities. But in the case of the Rohingya, it applies.

Genocide 101: What is Genocide?

In order to become a successful advocate against genocide, one must have a concrete understanding of what the crime of “genocide” is.

Genocide As The Extreme Denial Of Human Dignity

What if I told you that genocide is simply the extreme denial of human dignity? This statement may sound too simplistic, and of course, it is not the legal definition of genocide, but it is not far from the truth.

In the Face of Genocide

Following the Holocaust, it was famously declared that the world would “Never Again” stand by as one ethnic group set about systematically eliminating another. But more than a few such situations have, in fact, occurred.

Mr. President, Mr. Secretary: It is Genocide. Say so!

Review: ‘Anatomy of a Genocide’ Reveals There Was Always a Choice

In hyperpolarized environments, many take comfort in the idea that our conflicts with other people arise mainly from misunderstandings, that if we just took the time to get to know those people as human beings, we might all get along. It will be harder to take such comfort after reading Omer Bartov’s “Anatomy of a Genocide.”

Joseph Nkurunziza, the co-founder and director of Never Again, a peace-building organization focused on preventing genocide, calls it a "genocide of proximity," in which neighbors and even relatives turned against one another.

Survivors of the Armenian Genocide

Armenians commemorate April 24, 1915, as the start of the genocide by the Ottoman Empire, and it is generally said to have continued through 1917. The Armenian population went from some two million to fewer than 400,000 by 1922, as some 1.5 million were killed in what most historians consider a genocide.

The anatomy of a modern-day genocide

Modern genocide is a form of social engineering, and often a long-term process. It begins not with mass murder, but with the dehumanisation, isolation, and systematic weakening of a target group. Conceptualising genocide in this way enables us to identify the genocidal process while in motion, and to intervene before it’s too late.

Today we confront the same crucial choice between science and ideology that Germans once faced. Will we accept empirical evidence and support new energy technologies, or allow a wave of ecological panic to spread across the world? Denying science imperils the future by summoning the ghosts of the past.

NeverAgain.com is dedicated to genocide remembrance and awareness, which rallies under the #neveragain hashtag. We also support human and civil rights causes. Most recently, we have championed the cause of gun regulation in the U.S., and we support the efforts of the Parkland students.

The Enough Project seeks to build leverage for peace and justice in Africa by helping to create real consequences for the perpetrators and facilitators of genocide and other mass atrocities.

iACT provides humanitarian action to aid, empower, and extend hope to those affected by mass atrocities.

Stop Genocide Now (SGN) seeks to change the way the world responds to genocide by putting a face to the numbers of dead, dying and displaced.

Survivors Fund (SURF) works to rebuild the lives of survivors of the genocide against the Tutsi in Rwanda. Our vision is a world where survivors are respected and integrated.

Fusing iThe Sentry is an investigative and policy team that follows the dirty money connected to African war criminals and transnational war profiteers and seeks to shut those benefiting from violence out of the international financial system.magery, analysis, and advocacy to end genocide and crimes against humanity.

World Without Genocide works to protect innocent people around the world; prevent genocide by combating racism and prejudice; advocate for the prosecution of perpetrators; and remember those whose lives and cultures have been destroyed by violence.

Dedicated to the study, research and affirmation of the Armenian Genocide.

Fact Check Armenia is a website dedicated to exposing the real story about what happen in and before 1915. For too long, the Armenian diaspora has been a loud voice presenting its own version about what happen during these tragic events while neglecting the desperate situation their country finds itself in today. Fact Check Armenia is dedicated to providing accurate and reliable information to the world about the events that led up to and during 1915. It provides historical data on the Armenian uprisings that gave way to the Ottoman Turks actions and counters Armenian misinformation.

In Defense of Christians

We work to foster global awareness of the on-going plight of Middle Eastern Christians, encourage political advocacy in order to educate national and international policy makers so as to act toward this goal, and promote programs of humanitarian aid in solidarity with suffering Christian communities in the Middle East.

We Charge Genocide is a grassroots, inter-generational effort to center the voices and experiences of the young people most targeted by police violence in Chicago. Instances of police violence reveal the underlying relationship between marginalized communities and the state. This is a relationship of unequal access to power and resources. This is also a relationship where violence is too often used by the police to silence, isolate, control and repress low-income people and young people of color of color in particular.