Where in health am I? : Home / Health Cloud / StaynHealthy / Global Health / Human Trafficking

Although slavery is commonly thought to be a thing of the past, human traffickers generate hundreds of billions of dollars in profits by trapping millions of people in horrific situations around the world - Polaris 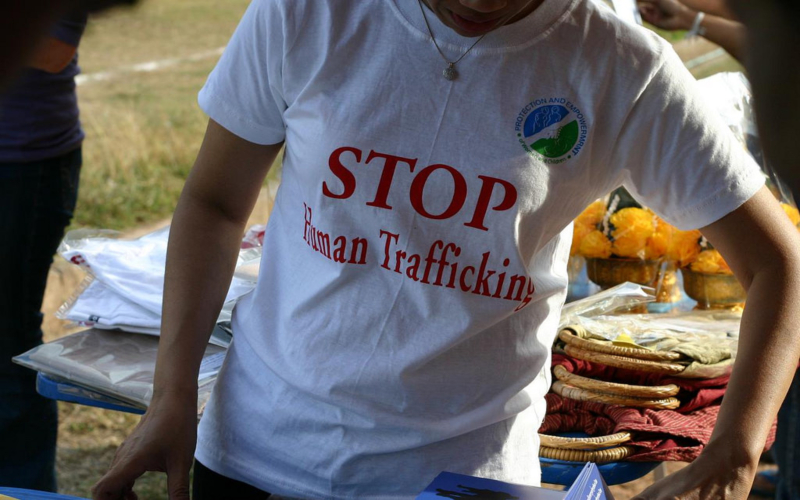 Human trafficking is a travesty that many consider a problem of the past, or at least one limited to outside the United States. Unfortunately, in today's globalized society, the problems of human trafficking are embedded in aspects of Americans' daily lives in ways that many may not be aware of – taking on new forms and presenting new challenges for human-rights defenders worldwide.

President Obama has called the fight against human trafficking one of the great human-rights causes of our time. Though statistics vary widely, human trafficking is estimated to impact between 600,000 and 800,000 people worldwide; between 14,500 and 17,500 people are trafficked into the United States…

The exploitation of women, men, and children for forced labor and sexual acts has permeated the global community unlike ever before. The Internet paradoxically creates both new opportunities for traffickers to exploit vulnerable people around the world, and a platform to identify traffickers in the multi-billion dollar industry.

Many people think that human trafficking only involves the sex trade. And, yes forced prostitution exists and it’s horrifying for it’s many victims, but in reality forced physical labor is far more common.

For victims of human trafficking, a physician visit can be a life-changing event that sets into motion the process of escaping a captive situation.

6 crucial facts about human trafficking — and how you can help

Human trafficking is a prevalent practice globally, with instances of exploitation and human rights violations being reported in the majority of nations each year. Still, it's very rarely talked about publicly.

For many, the term “human trafficking” evokes images of perversions hidden in illicit underground markets of developing nations. Ironically, the demand of developed nations like the United States drive the illicit markets domestically and overseas...

In the fight against human trafficking, child soldiers get ignored

The United States leads the world in efforts to end forced labor and modern slavery, devoting resources to protect and assist victims, creating laws to crack down on traffickers, and encouraging other countries to do the same. But there is one place where U.S. government action on trafficking is lagging: the recruitment and use of children—some as young as 10 years old—as soldiers.

150 years after the Emancipation Proclamation, buying and selling people into forced labor is bigger than ever. What "human trafficking" really means.

What being a flight attendant taught me about human trafficking

There are more slaves today than any other time in human history: Human trafficking is one of the fastest growing crimes in the world, second only to drug trafficking.

What is Human Trafficking?

Where the World’s Slaves Live

A new report estimates nearly 46 million people live in contemporary slavery, more than half of them in five countries.

World Day against Trafficking in Persons

In 2013, the General Assembly held a high-level meeting to appraise the Global Plan of Action. Member States also adopted resolution A/RES/68/192 and designated July 30 as the World Day against Trafficking in Persons. This resolution declared that such a day was necessary to “raise awareness of the situation of victims of human trafficking and for the promotion and protection of their rights.”

With 21 million people around the world in forced labor, what can we do?

The National Human Trafficking Hotline is a national anti-trafficking hotline serving victims and survivors of human trafficking and the anti-trafficking community in the United States. The toll-free hotline is available to answer calls from anywhere in the country, 24 hours a day, 7 days a week, every day of the year in more than 200 languages.

There are more slaves today than ever before. It's time to end human trafficking.

The Well of Life fights against human trafficking through prevention, intervention, and restoration of children, families, and communities, allowing them to be free, healthy, and able to build a life plan

Learn about slavery today, connect with an organization and browse ways to get involved in the fight against human trafficking and modern-day slavery.

We are a united group of multidisciplinary professionals dedicated to ending human trafficking and supporting its survivors, from a public health perspective.

Human Trafficking Search (HTS) is a global research database and resource hub on human trafficking for the purpose of educating and raising awareness of the issue. First developed in 2006, HTS has grown to manage thousands of multilingual sources on 120 countries...

A network to grow self-sustaining social projects with purpose-driven business to end exploitation and forced labor.

Physicians Against the Trafficking of Humans (PATH)

A subcommittee of AMWA that seeks to raise awareness about human trafficking and offers resources to healthcare providers.

Polaris is a leader in the global fight to eradicate modern slavery. Named after the North Star that guided slaves to freedom in the U.S., Polaris systemically disrupts the human trafficking networks that rob human beings of their lives and their freedom.

Stolen Innocence delves into a hidden world; the untold story of young women captured and forced into a life of sex slavery. Without a voice, without a choice, these girls are violently trafficked into the worlds largest sex ring.

We began after an investigation into the antislavery landscape found there was no one single galvanising global antislavery voice. We set up the Walk Free platform to bring together the voices of the hundreds of effective organisations doing invaluable work on the ground, and citizens around the world mobilised to take action, to spark social change so that modern slavery becomes unthinkable.

End child trafficking with ZOE. We strive to reach every person with the love of God and rescue every child from human trafficking. Through our comprehensive prevention, intervention, and restoration programs, we’re able to transform each child from her past and give her an opportunity for a better future.

Anti-Predator Project is a nonprofit organization dedicated to combating human trafficking and sexual predators in the United States through the use of specially trained private investigators. Along with providing investigative and protective services for those victims of these horrific crimes, Anti-Predator Project is also highly dedicated to educating the community about the reality of human trafficking in the United States.

Coalition Against Trafficking in Women

To end human trafficking in our lifetime.

FACESS (Freeing American Children from Exploitation and Sexual Slavery) is a non-profit organization that is dedicated to the care of young girls who have been rescued from sex trafficking and slavery here in the United States. It is an unfortunate misconception that this is not a problem that occurs in the U.S. But the truth is that the victims of child-sex-trafficking are from every state and every walk of life.

Free the Slaves is in the vanguard of the growing global movement to end one of history’s greatest human rights abuses. We work locally, in some of the world’s worst trafficking hot spots, to generate global change.

To mobilize the power, resources and thought leadership of the business community to end human trafficking, including all forms of forced labor and sex trafficking.

Guardian Group (GG) is committed to an aggressive, comprehensive approach to taking the fight to human trafficking.

The HTC’s goal is to use academic rigor, sound methodology, and reliable data to promote understanding of human trafficking and its causes, conditions, and cures. We build cooperation and community between academic institutions and the public and private sector to accomplish these goals.

Countering this crime that some call modern day slavery but is truly the civil rights issue of the 21st century. The newsletter is not only a compendium of news reports concerning state investigations and prosecutions, but also includes proposed and passed federal and state legislative action and federal and state court decisions.

I Will Bring Change

I WILL BRING CHANGE exists to PREVENT human trafficking and support the RESCUE, RESTORATION and REINTEGRATION of survivors.

Office on Trafficking in Persons

To combat human trafficking by supporting and leading systems that prevent trafficking through public awareness and protect victims through identification and assistance, helping them re-build their lives and become self-sufficient.

U.S. Catholic Sisters Against Human Trafficking is a collaborative, faith-based national network that offers education, supports access to survivor services, and engages in advocacy in an effort to eradicate modern-day slavery.

CNN wants to amplify the voices of the victims of modern-day slavery, highlight success stories and help unravel the tangle of criminal enterprises trading in human life.

Up to date news and in depth articles.