Where in health am I? : Home / Health Cloud / StaynHealthy / Global Health / Refugees 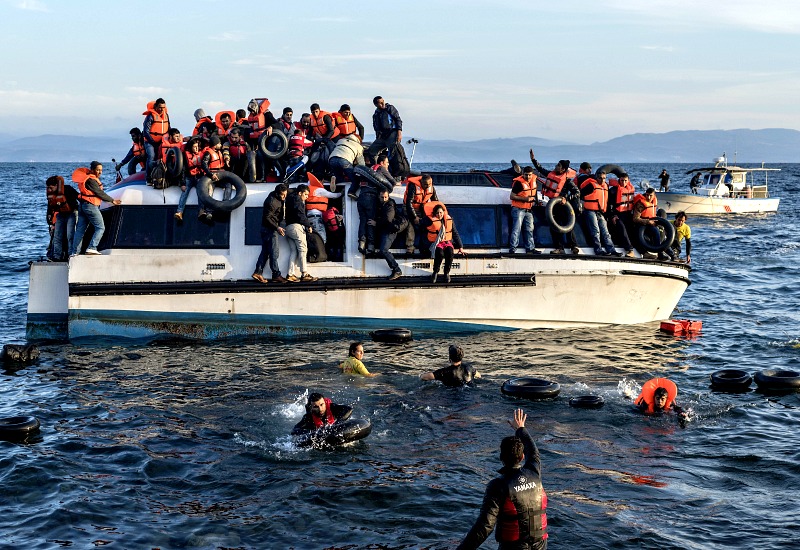 your neighbors running faster than you
breath bloody in their throats
the boy you went to school with
who kissed you dizzy behind the old tin factory
is holding a gun bigger than his body
you only leave home
when home won’t let you stay.

How you can help all refugees — from Ukraine and beyond

Let’s move past the myth of the “deserving” refugee to ease global suffering.

A Better Way to Absorb Refugees

Affluent city dwellers are some of the most vocal champions of refugee admission—and they’re in a position to assist.

National resettlement agencies are closing offices and laying off staff in response to the decline in arrivals, leaving the future of the program in the balance.

Refugees from other wars see themselves in fleeing Ukrainians

NPR's Mary Louise Kelly talks with people about the experience of being a refugee, how fleeing their home country has affected their life and what life is like now.

3 Humanitarian Crises The World Needs To Pay More Attention To...

We end the year with about 65 million people ― the most since World War II – uprooted from their homes, primarily by war, civil unrest and violent insurgencies.

Bono: Time to Think Bigger About the Refugee Crisis

I’VE recently returned from the Middle East and East Africa, where I visited a number of refugee camps — car parks of humanity. I went as an activist and as a European. Because Europeans have come to realize — quite painfully in the past year or two — that the mass exodus from collapsed countries like Syria is not just a Middle Eastern or African problem, it’s a European problem. It’s an American one, too. It affects us all.

Can the Welfare State Survive the Refugee Crisis?

Climate effects, in turn, will cause geographically widespread and frequent food and water shortages that lead to population displacement. The resulting migrants are, in a simple but controversial phrase, “climate refugees.”

The Refugee Crisis Is Humanity’s Crisis

Humanity is in crisis —- and there is no exit from that crisis other than the solidarity of humans.

Add your name to the #WithRefugees petition to send a clear message to governments that they must act with solidarity and shared responsibility. We stand together #WithRefugees. Please stand with us.

As global warming tightens the availability of water, prepare for a torrent of forced migrations.

From Far and Wide

From Far and Wide is a series of stories profiling the Canadians who have welcomed Syrian refugees with compassion and support.

The National Network for Immigrant and Refugee Rights (NNIRR) is a national organization composed of local coalitions and immigrant, refugee, community, religious, civil rights and labor organizations and activists. It serves as a forum to share information and analysis, to educate communities and the general public, and to develop and coordinate plans of action on important immigrant and refugee issues

At Refugee Action, we help refugees who’ve survived some of the world’s worst regimes. We get them the basic support they need to live again with dignity. Then we help them build safe, happy and productive lives in the UK.

The Refugee Council is one of the leading charities in the UK working directly with refugees, and supporting them to rebuild their lives. We also speak up for refugees using our direct work as an evidence base, and ensure refugees have a stronger and more influential voice in decisions that will affect them.

The Refugee Research Blog provides a platform for academic and non-academic research and comment on issues surrounding people seeking asylum and refugees.

Because the issue is much more complicated than we initially realized, we have set up this online community organizing center.

Refugees International advocates for lifesaving assistance and protection for displaced people and promotes solutions to displacement crises. We are an independent organization, and do not accept any government or UN funding.

The Ripple Refugee Project is a group of 17 concerned private citizens who live in downtown Toronto. Founded in May 2015, our group has no affiliation to any religious group or ethnic association – we are working independently due to our members' desire to contribute to mitigating the refugee crisis.

We work to ensure that everybody has the right to seek asylum and find safe refuge, having fled violence, persecution, war or disaster at home.

Welcome to the Victorian Refugee Health Network. We work to develop responsive health service systems that meet the needs of people from refugee backgrounds, including asylum seekers.

We’re a team of passionate people who believe in pursuing the flourishing of all people, everywhere.

We advocate for the rights and protection of women, children, and youth fleeing violence and persecution.