Where in health am I? : Home / Health Cloud / StaynHealthy / Global Health / Sanitation

Although we take it for granted, sanitation is a physical measure that has probably done more to increase human life span than any kind of drug or surgery - Deepak Chopra 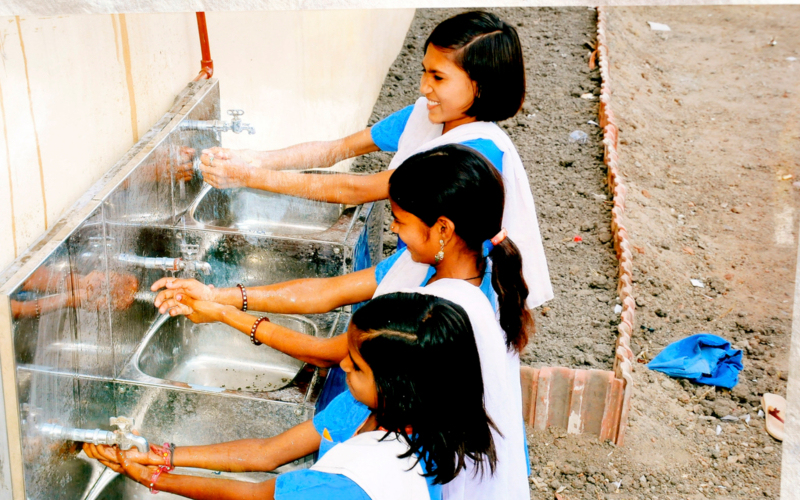 Why A Toilet Alone Won't Do The Job: The 'Software' Of Sanitation Innovation

Since 2008, the “International Year of Sanitation,” the topic of toilets has more frequently appeared in media all over the world. Despite many efforts, today there are still 2.5 billion people worldwide without access to improved sanitation. Why? Because a toilet alone won’t do the job.

Inadequate sanitation can lead to the spreading of diseases and severe health issues; the most devastating example is the 4,000 people who die from diarrhea every day, making this the second deadliest disease in the world. Recent rape incidents in India have highlighted once again the safety issues and vulnerability of girls and women when not being able to access a toilet facility. Improving sanitation…

Why Investing In Innovative Water And Sanitation Systems Benefits Us All

It’s not pretty. But it’s everyone’s business. Around the world, 2.5 billion people lack access to adequate sanitation, and as a result, drink contaminated water. Even as glaciers melt and sea levels rise, clean and affordable water is a luxury for many.

It's easy to forget that having clean and accessible water is a luxury that many in the world do not have.

In China, Bill Gates Encourages the World to Build a Better Toilet

Bill Gates believes the world needs better toilets. Specifically, toilets that improve hygiene, don’t have to connect to sewage systems at all and can break down human waste into fertilizer.

In Europe, 14 people die each day from unsafe water, sanitation, and poor hygiene

The WHO data shows that 57 million people in Europe do not have piped water at home, and 21 million people still lack access to basic drinking water services. Those people then have to find ways to have a steady supply of water. Unfortunately, this has led affected people to walk for over 30 minutes to collect water from unprotected dug wells and springs.

The situation in India reveals startling information about the link between waste pollution and stunted growth, even in a food-secure world. To help ensure a brighter future for India’s youth, the nation requires an investment in waste-treatment infrastructure, including toilets and waste-water treatment.

The New Economy of Excrement

Entrepreneurs are finding profits turning human waste into fertilizer, fuel and even food. Muspratt is part of a growing band of entrepreneurs trying to address one of the biggest challenges in public health—poor sanitation—and to turn a profit doing it.

Gandhi strongly and repeatedly condemned the Indian practice of hiring people from the lowest rungs of the Hindu caste system, who were once called “untouchables,” to manually clean out primitive dry latrines or collect waste from fields where villagers relieved themselves, urging his countrymen to clean up after themselves.

The report by the World Health Organization and Unicef, the United Nations Children’s Fund, said one in three people worldwide, or 2.4 billion, still live without sanitation facilities. That includes 946 million people who defecate in the open, raising the risk that reservoirs and wells will be contaminated.

Let’s Be Real: Americans Are Walking Around With Dirty Anuses

Several bidet companies have tried to market their products in North America on a variety of different measures, from their technological impressiveness to the evidence of the health benefits they offer. But they have yet to overcome the significant hurdle that exists because North American consumers simply aren't used to considering the purchase of a toilet for any reason but an immediate need for one.

Shared Sanitation: Bathroom Access and Facilities Around the World

Questions of bathroom access tend to have the greatest impact on the poor and the marginalized.

The complicated, century-long relationship between swimming pools and chlorine

Even worse, when pool chlorine mixes with urine—as it often does—the chemical interaction generates troublesome compounds. Chloramines form when free chlorine compounds bond with urine or other chemicals. They’re the real source of that chlorine pool smell and can cause skin irritation, burning eyes, and respiratory problems. In fact, frequent swimming in chloramine-saturated pools appears to increase the risk of asthma and some allergies...

The hygiene hypothesis: How being too clean might be making us sick

Over the past few decades, doctors have arrived at a counterintuitive hypothesis about our modern, ultra-sanitized world. Too much cleanliness may be causing us to develop allergies, asthma, inflammatory bowel diseases, and other autoimmune disorders. The idea is that for many children in the wealthy world, a lack of exposure to bacteria, viruses, and allergens prevents the normal development of the immune system, ultimately increasing the chance of disorders within this system down the road. This is called the hygiene hypothesis.

What Happens When There’s Sewage in the Water?

Raw sewage flows into many of Rio’s Olympic venues every day. As the prospect of a full clean-up before the Games dims, the world is left wondering, who will get sick, and how?

Why Sanitation Business Is Good Business

"Sanitation is more important than independence," Mahatma Gandhi said in 1925. In 2006, Ashoka Fellow David Kuria decided Gandhi was right—improving sanitation by thinking beyond the toilet became his chosen mission. In this post, Nikki and Rob Wilson explore why David's innovation has been so successful in urban settings.

Why A Toilet Alone Won't Do The Job: The 'Software' Of Sanitation Innovation

Since 2008, the “International Year of Sanitation,” the topic of toilets has more frequently appeared in media all over the world. Despite many efforts, today there are still 2.5 billion people worldwide without access to improved sanitation. Why? Because a toilet alone won’t do the job.

We work with local partners and communities to improve access to sustainable water and sanitation services and to promote good hygiene. We campaign to bring about a world where these essentials are normal for everyone, everywhere by 2030.

India Water Portal is a website that shares knowledge and builds communities around water and related issues in India. Managed by Arghyam, the Portal has become a valuable archive of resources, working papers, reports, data, articles, news, events, opportunities and discussions on water.

We create physical, emotional and environmental wellbeing through waterless sanitation. Wherever there is a need for non-sewered toilets, people deserve a clean, safe, and desirable experience. Chemical toilets, bucket toilets, and pit latrines are make do answers that just won’t do. Loowatt provides waterless flush toilets for homes and pop-up locations everywhere.

WE ARE a start-up team based out of Stanford University, funded by a Grand Challenges Explorations Phase 1 grant from the Bill and Melinda Gates Foundation. We strive to deliver hygienic and aspirational sanitation service to some of the poorest urban households on the planet.

Since 2006, SOIL has been transforming wastes into resources in Haiti. Through the use of ecological sanitation, SOIL is working to create a revolutionary social business model for providing access to safe, dignified sanitation that produces rich, organic compost as a natural resource for Haiti’s badly-depleted soils, while also creating economic opportunities in some of the world’s most under-resourced communities.

Infrastructure is not enough. Community empowerment is critical to transforming the norms and habits that keep people healthy and ensure the long-term sustainability of wells and other infrastructure.

X-runner’s mission is to bring reliable and responsible sanitation to urban households that do not have a toilet. We improve their daily lives and create a cleaner, healthier environment for the entire family.