Where in health am I? : Home / Health Cloud / StaynHealthy / Global Health / War on Science 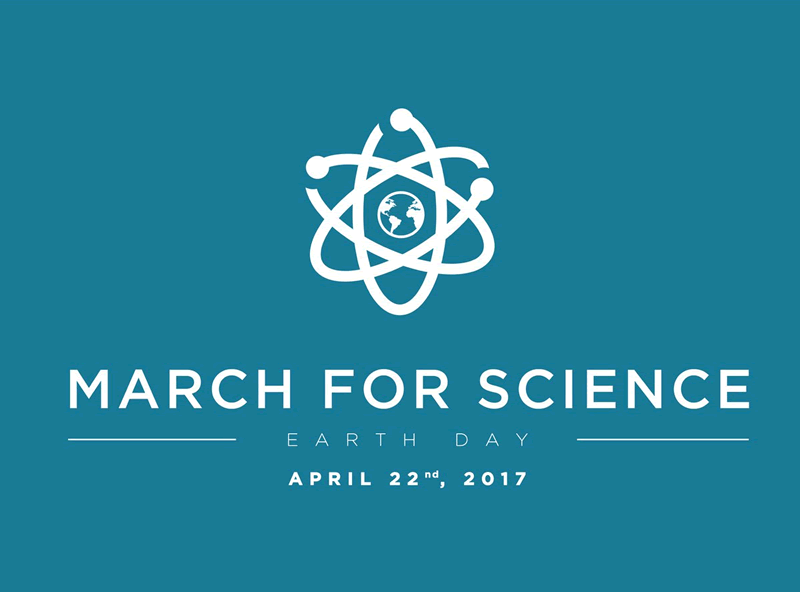 image by: March For Science

A Plan to Defend against the War on Science

The challenge of creating a public able to parse evidence-free “facts” rests with the press, educators and other thought leaders.

President Trump is waging a "war on science," but rogue scientists—including many within the government—are fighting back.

How Do We Combat The Intensifying War On Science?

Despite the ever worsening raid on natural resources, documented climate change, and scientific advances in the medical field, there is still a movement fomenting within the U.S. that regards scientific fact as fiction. These conspiracy theories even exist in the halls of power, conspiring with a kind of general apathy among other leaders when it comes to environmental issues to create a tepid response to a list of growing concerns that, if treated with inaction or denial, may bring broad-reaching economic, medical, and natural consequences over time.

Is There Really a War on Science?

People who oppose vaccines, GMOs and climate change evidence may be more anxious than antagonistic.

Maintaining a Healthy Balance of "Fair and Balanced"

Not all opinions are created equal. So why do news media so often go out of their way to place those hocking scientifically unsupported fringe beliefs on the same footing as those espousing the near unanimity of the scientific community?

The Science of Irresponsibility: Why Even Republicans Shouldn't Stand for Playing Politics with Science

Very few scientists are Republicans. And it's no wonder when you consider how Republican lawmakers are walking and talking when it comes to science. But while this may be politics as usual, it's no good for any of us—including Republicans themselves.

The War on Science Is a Trap

In the same way that fighting the War on Journalism delegitimizes the press by making it seem partisan and petty, so might the present fight against the War on Science sap scientific credibility. By confronting it directly, science activists may end up helping to consolidate Trump’s support among his most ardent, science-skeptical constituency. If they’re not careful where and how they step, the science march could turn into an ambush.

Is Greenpeace committing a crime against humanity? A letter from 110 Nobel laureates suggests as much. It urges the environmental group to drop its campaign against genetically modified foods, particularly so-called “Golden Rice,” which could help prevent millions of deaths in the developing world.

How a Washington ‘war on science’ could imperil my career

We are scared that fear of science will bring back diseases we’ve beaten, slow progress toward treating others, and create a world where anything that feels wrong is wrong. I’m scared of that world. You should be too.

So begins the war on science, fact and the environment

We don’t yet know what the ultimate result of these freezes and gag orders may be particular if their happens to be a food safety or health issue that occurs while these organization are prohibited from informing the public about these hazards, because they can’t talk to the press.

The Subterranean War on Science

The war against science

The war on science isn’t really against science, per se. It’s about keeping the game of politics in the arena of belief rather than knowledge by denying facts at all costs.

The War on Science: Can the US Learn From Canada?

Given the swift and cutting nature of the US government’s response to science, I thought I’d collate some resources here on what Canadians experienced during the War on Science, and what they did to fight back.

We're Losing The War on Science

Millennials are different. They’re connected through social media, and by and large they aren’t as self-absorbed. They are much more egalitarian in their views, and believe in justice, diversity, and tolerance in ways that the Boomers did not. So I think that there is an opportunity there for a large sea-change to happen.”

Why Trump Will Lose His War on Science

When rising oceans swamp coastal communities or unvaccinated children fall to outbreaks of measles or mumps or whooping cough, you can’t pin that on a crooked media or a rigged election. It's simply the way the fact-based world works. That's a lesson the Trump Administration had best learn — before we all pay the price.

The mission of 500 Women Scientists is to promote a diverse and inclusive scientific community that brings progressive science-based solutions to local and global challenges.

The March for Science is a celebration of our passion for science and a call to support and safeguard the scientific community. Recent policy changes have caused heightened worry among scientists, and the incredible and immediate outpouring of support has made clear that these concerns are also shared by hundreds of thousands of people around the world.

Since 2008, we have crowdsourced thousands of questions about the top science issues affecting us, from climate change to healthy foods to vaccines to energy and jobs, and asked the candidates for president and congress what they would do. Asking these questions has changed the national dialogue, media coverage, and the presidency.

The Union of Concerned Scientists puts rigorous, independent science to work to solve our planet’s most pressing problems. Joining with citizens across the country, we combine technical analysis and effective advocacy to create innovative, practical solutions for a healthy, safe, and sustainable future.