Where in health am I? : Home / Health Cloud / StaynHealthy / Global Health / WHO

When you're dealing with new and emerging diseases, you have no idea and you can't predict in advance what would happen - Margaret Chan, Director-General of the World Health Organization 2006–17 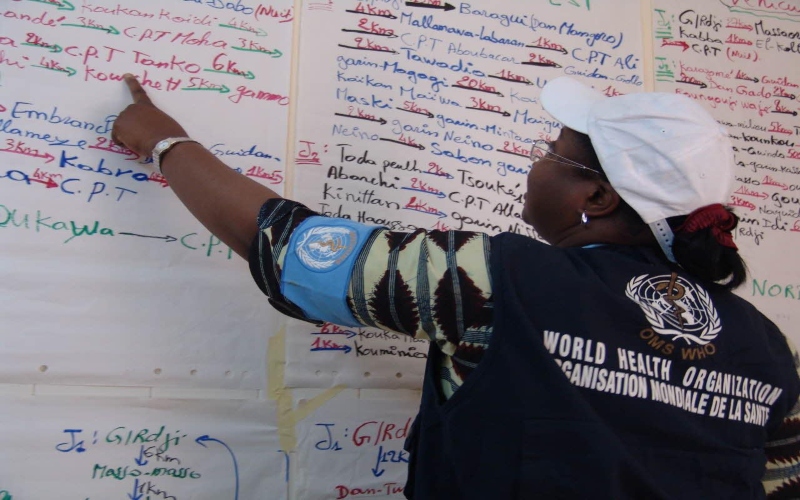 image by: World Health Organization (WHO)·

Some change inevitably will come to the World Health Organization (WHO) after its deadly failures during the Covid-19 pandemic. But real reform will require more than technocratic tweaks, and member states should focus on fundamental questions about the agency’s purpose.

In 1948 the first World Health Assembly declared WHO’s mission as “the attainment by all peoples of the highest possible level of health.” Despite the lofty rhetoric, donor countries initially envisioned a more limited role for WHO, which focused on controlling and preventing the spread of epidemic disease. It made sense for a global body to coordinate the response to germs that don’t recognize borders. Working through WHO, wealthy countries funded and implemented health campaigns in poorer countries to fight diseases like smallpox and river blindness.

This “vertical” focus on discrete diseases led to some success. Malaria was relatively well-understood and treatable, with methods to reduce spread, when WHO launched the Global Malaria Eradication Programme in 1955. The initiative helped eliminate the disease in 15 countries over the next 15 years. In India cases fell to fewer than a million in 1968 from 110 million in 1955. By 1970 the number of people living in malaria-infested regions shrunk by one billion.

The agency’s vertical approach slowly gave way to a horizontal one, as WHO began dealing with all aspects of health. In 1979 the United Nations General Assembly endorsed “health for all” and “primary health care” as WHO’s new goals. This expanded the organization’s mandate, and the mission creep has continued.

“WHO would no longer focus primarily on disease-specific programs, but would now promote health ‘development’ more broadly by improving health systems, building infrastructure, and fighting chronic diseases,” according to a 2009 article by Roger Bate and Karen Porter of the American Enterprise Institute. “WHO expanded into many highly politicized areas where it had less technical ability, managerial competence, or experience, duplicating the efforts of other organizations.”

The agency developed a clear preference for top-down, statist solutions. Officials often showed disdain for the private economy, especially large pharmaceutical firms. And Donald Trump isn’t the first American leader irked by WHO. As the organization encouraged countries to create their own domestic pharmaceutical industries—an unrealistic, even dangerous proposal for many developing countries—the U.S. withheld funding in 1985.

Today, amid a once-in-a-century pandemic, the agency finds time to tweet about mental health, domestic violence, obesity and the need for government-run health care. WHO officials defend their expansive goals by arguing that infectious diseases like Covid-19 can’t be defeated if countries lack adequate health-care systems. That’s true, but this is a job for national health departments—not an international organization.

WHO mandarins naturally try to expand their writ, but ultimately member states are responsible for the organization’s direction. Only about 17% of WHO’s 2018-19 funding came from assessed contributions. About 77% of the agency’s budget was voluntary donations for specific programs. Rather than pour money and effort into preparing for a pandemic—an unpredictable event—countries and private donors funded a dizzying range of other projects. Only about 15% of WHO funding is dedicated to pandemic response, says the Heritage Foundation’s Brett Schaefer.

Covid-19 is the most serious challenge WHO has faced, and this should prompt a review of its purpose. The Trump Administration could find sympathetic ears in the World Health Assembly that meets Monday if it pushes to remove programs like “integrated people-centered health services” from WHO’s agenda. The organization should return to its roots and focus on preventing and countering outbreaks of infectious diseases.

If reform fails, there’s no reason for Washington to continue funding the agency at current levels. One option would be to shift funding to a new agency devoted exclusively to pandemic response, as Mr. Bate suggested to us. We’re skeptical of creating new international institutions, but a limited agency like Interpol could be an effective coordinator for pandemic response if WHO is unreformable.

The world will face a disease like Covid-19 again. We’ll handle it better next time if a lean and effective agency leads the response.

Explainer: What Does The World Health Organization Do?

The World Health Organization describes its job as "the global guardian of health." It is now possibly facing the most devastating global health threat in its 72-year history: the coronavirus pandemic. WHO is devoting hundreds of millions of dollars and an all-hands-on-deck approach to the effort to vanquish the virus. And it is being accused of failing to uphold its mission.

The WHO has also become more action-oriented, so it’s not just committees classifying diseases. WHO does a lot of work with disease-eradication and disease-control programs. The most successful one was smallpox, a disease we no longer have. It’s the biggest achievement in the history of the WHO. Some say the biggest achievement of humanity in the 20th century was the eradication of that disease.

The WHO Shouldn’t Be a Plaything for Great Powers

Trump’s defunding ploy will only make the organization’s problems worse.

W.H.O., the world’s most important global health organization, is in peril and is suffering from an identity crisis. Some important tasks have shifted to other organizations, like the Global Fund to Fight AIDS, Tuberculosis and Malaria, and the Institute for Health Metrics and Evaluation, which is financed by the Gates Foundation. The W.H.O. has also been charged with missteps in doing what it should do best: coping with epidemics, including the 2014 Ebola epidemic and last year’s yellow fever epidemic in Africa. The organization, which gets about a third of its $2.2 billion annual budget from member countries, is also facing a severe funding shortfall.

Former C.D.C. Officials: The W.H.O. Is Our Best Bet

They say partnership with the agency is critical to global public health programs. And doctors say it’s our best chance in fighting the pandemic.

How China Deceived the WHO

"They actually compounded Chinese authorities’ misinformation for a few weeks. That is, to me, unforgivable.”

How to fix the WHO, according to an expert

President Trump’s decision to withdraw from the World Health Organization won’t change it. Here’s what might.

The World Health Organization has failed to apply scientific rigor to traditional medicines. That’s bad for everyone.

What the W.H.O. Does, and How U.S. Funding Cuts Could Affect It

Though President Trump’s decision to halt funding centered on the W.H.O.’s response to the coronavirus, the cut could affect programs like polio eradication and developing vaccines.

When disasters like Ebola hit, the world needs the World Health Organization. And it's failing.

In theory, the WHO still has a crucial role to play in responding to deadly disease epidemics; it's the only global body that can declare a pandemic and mobilize internationally in the face of health threats such as Ebola. But to do so, it will have to change radically.

How WHO Lost Its Way

Some change inevitably will come to the World Health Organization (WHO) after its deadly failures during the Covid-19 pandemic. But real reform will require more than technocratic tweaks, and member states should focus on fundamental questions about the agency’s purpose.

Better health for everyone, everywhere. We are building a better, healthier future for people all over the world.