So once again, in attempt to become extremely healthy by ridding ourselves of bacteria, we may have actually become less so - James Hamblin 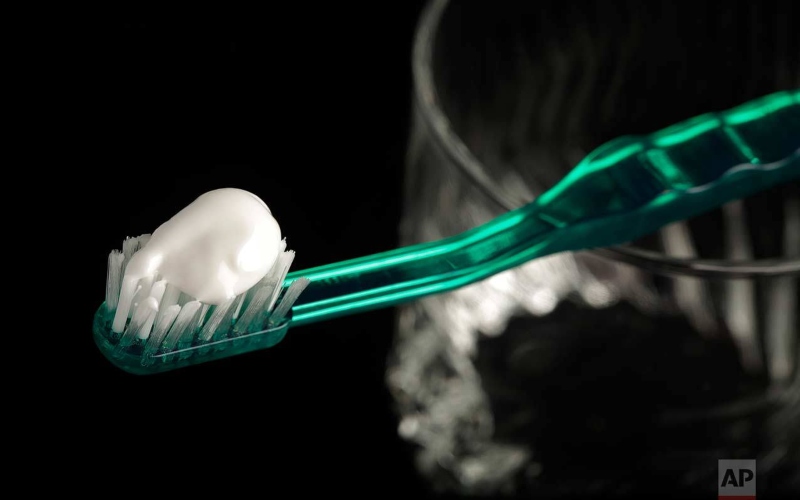 Are We At The Beginning Of The End For Triclosan?

If you happen to head into the soap, cosmetics, and dental aisles, you will no doubt find at least a few products highlighting the word, antibacterial. The word itself can bring about feelings of increased safety and improved health. It also may make you believe the product has the same benefits of an antibiotic without, of course, the need for a prescription.

The term, antibacterial, refers to products containing one of 22 different chemicals with a variety of names such as povidone iodine, phenol, and the nearly unpronounceable nonylphenoxypoly (ethyleneoxy) ethanoliodine. But the most common of these molecules is relatively familiar to anyone who has read the label of an antibacterial…

Triclosan, a common antimicrobial in toothpaste and other products, linked to inflammation and cancer in the gut

The antimicrobial chemical triclosan is in thousands of products that we use daily: hand soaps, toothpastes, body wash, kitchenware and even some toys. Work in our lab suggests that this compound may have widespread health risks, including aggravating inflammation in the gut and promoting the development colon cancer by altering the gut microbiota, the community of microbes found in our intestines.

The antimicrobial chemical triclosan is in thousands of products that we use daily: hand soaps, toothpastes, body wash, kitchenware, and even some toys. Work in our lab suggests that this compound may have widespread health risks, including aggravating inflammation in the gut and promoting the development of colon cancer by altering the gut microbiota, the community of microbes found in our intestines.

This common toothpaste ingredient could be wreaking havoc on your gut

Triclosan is everywhere, but its days seem to be numbered.

Why a Chemical Banned From Soap Is Still in Your Toothpaste

Colgate Total is the only toothpaste in the United States that contains triclosan. For some critics, the decision to take triclosan out of topical products but leave it in an oral product is a bit of a head-scratcher. “We put soap on our hands, and a small amount gets into our body,” said Rolf Halden, a director for environmental security at the Biodesign Institute at Arizona State University, who has tracked triclosan for years. But through the gums, “chemicals get rapidly absorbed into the bloodstream.”

Purge this Toxic Ingredient from Your Life — Here's Why

Even if you’re not an obsessive hand-sanitizer user, you likely have some products containing triclosan, the germ-killing active ingredient in many antibacterial products. Triclosan is found in many soaps and sanitizers, and it often shows up in toothpastes, clothes, furniture and toys. But come Jan. 1, 2017, triclosan will be banned in Minnesota, according to legislation passed by the state this May. Minnesota is the first state to ban the substance, though the Food and Drug Administration was already looking into the health hazards of triclosan.

Can Triclosan Be Harmful to Human Health?

Two hormones that triclosan is suspected to mimic are estrogen, which is produced by the ovaries and controls female sex characteristics; and thyroid hormones, which control metabolism—the conversion of food into energy. Triclosan is thought to mimic these hormones because of some general similarities in their structure. Many health concerns about triclosan center on this mimicry.

Scientists Call For Tighter Limits On Use Of Ubiquitous Antimicrobial Chemicals

Triclosan, an antimicrobial chemical, is tough to avoid., which probably explains why it's been found in the urine of most humans who've been tested. Last September, the Food and Drug Administration gave manufacturers one year in which to stop using triclosan in liquid soaps, due to a lack of evidence that it’s safe and effective. And yet, the chemical is still allowed in a surprising array of products, ranging from toothpaste to tablecloths to tarps, according to the new “Guide to Triclosan” from the Environmental Working Group, or EWG, a Washington, D.C.-based nonprofit.

The Ingredient to Avoid in Soap

Using some antibacterial soaps may promote tumor growth, according to a study just published in Proceedings of the National Academy of Sciences. The findings add to a body of concerns about triclosan, one of the most common antimicrobial chemicals in consumer products from detergents to cosmetics, including links to allergy development in children, and potentially to breast cancer via disruption of hormone signals that may also cause thyroid dysfunction and weight gain.

Are We At The Beginning Of The End For Triclosan?

Over the last few years, triclosan has been the subject of much debate. Those in favour of these products hail their ability to keep bacteria at bay. Those against suggest there is no real benefit in everyday consumer home use whereas the risks -- both to humans and the environment -- are too great.