Overall, the conclusion is that you are better off washing your hands with the classic soap and water - Grace Cooney 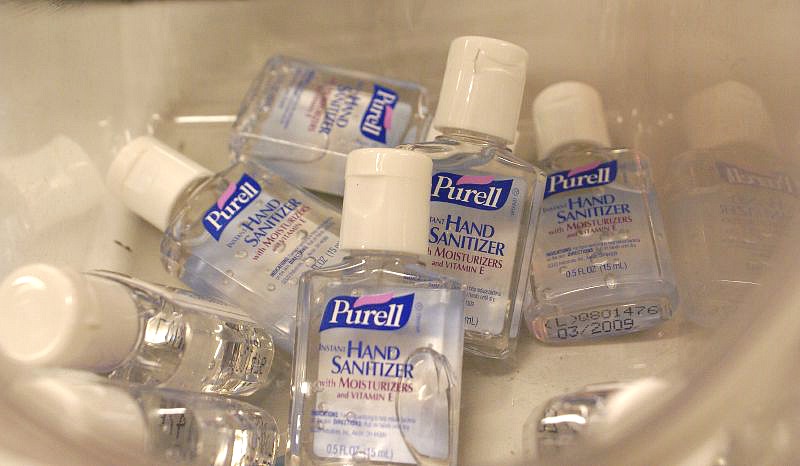 It’s easier than ever to make hand sanitizer. But eased restrictions have come with consequences.

Weeks before the pandemic shut down the country, Robin Christenson woke up in the middle of the night. Initial fears about the virus had started to materialize, and she was worried. Then she came across an article about how there was a shortage of hand sanitizer. Christenson, one of the owners of Blinking Owl, a craft distillery in California, saw an opportunity for her businesses to grow.

“So the next day, I ran to work and I sat down with my head distiller and I said, ‘Can we make hand sanitizer?’” Christenson said.

In March, Americans panicked. They rushed to grocery stores, stockpiling everything from toilet paper to baking yeast, hoping to soothe their anxieties and…

The agency has moved to keep several of the products, which it found to have inadequate concentrations of alcohol, from entering the United States.

How to Make Your Own Hand Sanitizer

No Purell? No problem! When disinfecting gel sells out everywhere, you can just make some yourself with stuff you (maybe) already have at home.

Coronavirus: not all hand sanitisers work against it – here’s what you should use

As a result, the best and most consistent way of preventing the spread of the coronavirus – and reducing your risk of contracting it – remains washing your hands with soap and water as a first choice, and avoiding touching your face as much as possible.

Agency found wood alcohol, which can be fatal when ingested, in dozens of products originating from companies in Mexico.

Don't use hand sanitizer if you're handling fireworks... experts warn. That's because hand sanitizers typically contain 60% to 70% alcohol, which is highly flammable. And fireworks — well, the word "fire" is in the name.

Keep The Hand Sanitizer Away From The Kids

Most exposures are mild because hand sanitizer is not particularly toxic. Homemade sanitizers do run the risk of skin irritation if they are not manufactured properly. After an exposure, the usual recommendation is to wash the area with water. If sanitizer has been ingested, eating or drinking something can help settle the stomach. Hand sanitizer tastes bad, which means kids usually imbibe just small amounts.

Although alcohol-based hand sanitizers can inactivate many types of microbes very effectively when used correctly, people may not use a large enough volume of the sanitizers or may wipe it off before it has dried. Furthermore, soap and water are more effective than hand sanitizers at removing or inactivating certain kinds of germs, like Cryptosporidium, norovirus, and Clostridium difficile.

Whaaat? Stuff You Sterilize Other Stuff With May Not be Sterile

When one works in the trauma field, or medicine in general, we deal with the need for sterility all the time. We use equipment and devices that are sterile, and we administer drugs and fluids that are sterile. In surgery, we create sterile fields in which to use this sterile stuff. In the past few years, we’ve come to the realization that the sterility we take for granted may not always be the case.

What to Know Before Making Your Own DIY Sanitizer

Just remember: sanitizer is not a substitute for washing your hands.

No, there's no proof that it's harmful. They could theoretically lead to antibacterial resistance. But that hasn't been proven. In the hospital we don't see much resistance to alcohol-based hand sanitizers at all.

COVID-19 and frequent use of hand sanitizers; human health and environmental hazards by exposure pathways

Current review was designed with main objective to highlight the toxic and serious health risks to human health and environment by frequent using hand hygiene products with alcohols based formulations. Increased use of hand rubs as preventive measures of COVID-19 are not environmental friendly and hazardous for human health.

Alcohol based sanitizers are fairly effective and safe. Any hand-sanitizers with over 60% alcohol are good at killing bacteria.

Health Check: should we be using alcohol-based hand sanitisers?

They’re everywhere in hospitals, travellers’ backpacks and the aisles of pharmacies in winter, but do we really need to use alcohol-based hand sanitisers? And what should we make of the marketing claims they’re needed to kill germs?

Purell is basically ethanol and water and perfume. It’s very good at eradicating germs and limiting the spread of illness, and because it’s cheap, effective and easy to use, it more or less sells itself — especially in the middle of an international health crisis, when disease is rampant and proper sanitation can literally save lives.

Is Purell good or bad for you?

Overall, the conclusion is that you are better off washing your hands with the classic soap and water.

Purge this Toxic Ingredient from Your Life — Here's Why

Even if you’re not an obsessive hand-sanitizer user, you likely have some products containing triclosan, the germ-killing active ingredient in many antibacterial products. Triclosan is found in many soaps and sanitizers, and it often shows up in toothpastes, clothes, furniture and toys. But come Jan. 1, 2017, triclosan will be banned in Minnesota, according to legislation passed by the state this May. Minnesota is the first state to ban the substance, though the Food and Drug Administration was already looking into the health hazards of triclosan.

"I always thought of alcohol as being like a sledgehammer," says Price, who was not affiliated with the study. "But clearly, these are innovative organisms. And evolution happens pretty fast when you're dealing with populations that can double every 30 minutes and travel in packs of billions." The particular type of bacteria, enterococci, is most often found in hospitals. But this research has implications for any bacteria that may begin tolerating alcohol. For instance, organisms like C. diff, another rapidly rising infection that is difficult to treat, have hard shells that make it difficult for alcohol to kill them; the best way to get rid of them is to wash them down the drain.

It’s easier than ever to make hand sanitizer. But eased restrictions have come with consequences.

But despite a world that is filthy with microbes, I will disarm like the health officials suggest, at the same time keeping in mind what Ronald Reagan said: Trust but verify. One sniffle, though, and I’m reloading.

Are you addicted to using hand sanitizers? Well, here are eight reasons not to use it.

How to make your own hand sanitizer, test it, and scare yourself with this one easy trick.

FDA is advising importers, consignees, distributors, retailers and others not to distribute or sell certain hand sanitizers, even if the manufacturer of the product has not recalled it, due to the dangers of methanol or 1-propanol contamination, including death. The agency is maintaining a list of dangerous hand sanitizers, and recommends entities involved in distributing and selling hand sanitizers continuously check this list as it is being updated regularly.