Where in health am I? : Home / Health Cloud / StaynHealthy / Infant Health / Febrile Seizure

We do not remember days, we remember moments – Cesare Pavese 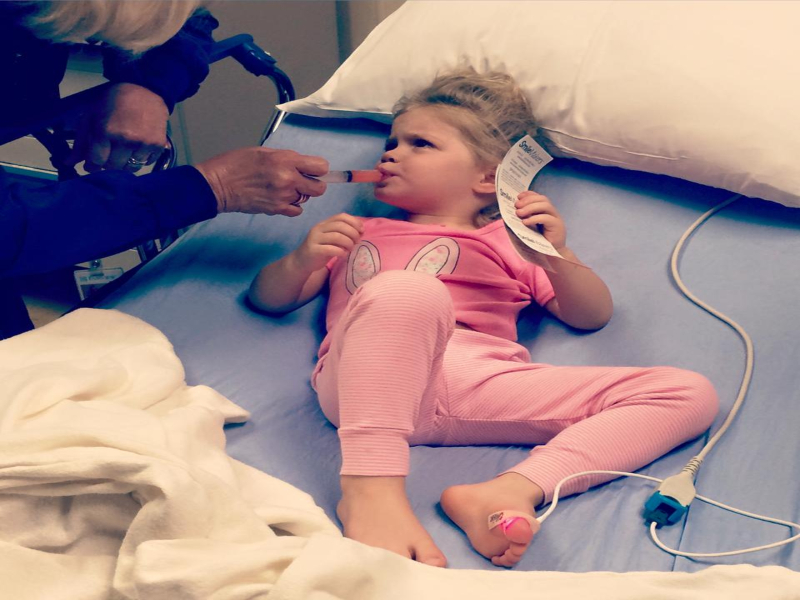 Having a sick toddler: Is it harder on them or us? Obviously they’re the ones hurting. I know this. Yet as I watch my little pneumonia-ridden 2-year-old run around, laugh, giggle and cause her general ruckus, I have to wonder, as I rub my eyes and take a big, desperate gulp of black coffee.

We spent hours upon hours at the hospital last night with Abby, who was rocking a fever of 104° F. Normally, we wouldn’t go to the hospital at the onset of a fever. Kids get fevers. They’re normal, and letting them ride out a low-grade fever is supposed to be good for them.

Not in this house. Not anymore. Specifically for my daughter. This past July, she had a low-grade fever which hadn’t…

My Baby Suffered a Febrile Seizure

They’re more common than I knew, and I wish I’d known what to do

You see a new patient on the board. It is a 20 month-old male who came in as a hospital transfer for evaluation of first-time seizure. You go to bedside to start your evaluation. Parents tell you that he had three episodes of seizures in the past 6 hours. All of them lasted for less than 15 minutes, did not require medication for cessation, one of them was described as partial-focal and two were described as generalized tonic-clonic seizures, and the patient had complete return to baseline behavior a few minutes after each episode.

From the Hippocratic era of medicine, the two accepted characteristics of febrile seizures were that they occurred in childhood, with high susceptibility of a child to have febrile seizures during the first 2–3 years of life, and that the child convulses with the accompaniment of a fever.

Febrile Seizure in Children: Things We Should Know

They are scary to witness but remember that they are fairly common. But they are usually not serious and have NO long term bad effects on brain.

My aim in sharing this horror story is to bring about awareness of febrile seizures and the aftermath. If left unattended, they could become far more serious. Please take some time to learn more about febrile seizures so you can act quickly and appropriately.

definitely started to feel better about the whole thing after all the reassurances I got from medical professionals, including good old Dr. Google. But it took me a few days to get that panicky feeling out of my body — because it’s one thing to rationalize it when something scary happens to your kid, and it’s another to actually experience it.

Febrile Seizures: What Are They and Can They Be Prevented?

In most children, simple febrile seizures slightly increase the risk of developing epilepsy, to 2 percent to 5 percent.

Febrile Seizures: What You Need to Know

Children who have had a febrile seizures are more prone to subsequent ones, however, the risk is raised if the child’s first seizure was before the age of 15 months.

Babies inoculated with a commonly used five-in-one vaccine to protect against a range of potentially lethal childhood diseases face up to a six-fold increased risk of fever-associated seizures on the day they are vaccinated, according to a study of nearly 380,000 Danish children. The latest study is the most thorough large-scale study to date of the risk of febrile seizures following inoculation with the DTaP-IPV-Hib vaccine, which protects against diphtheria, tetanus and pertussis (whooping cough), as well as polio and Haemophilus influenzae type b.

I Heard God Laugh. And It Sounded Like Screaming

My Toddler Had a Seizure: What I Learned

A febrile seizure occurs in about 1 out of every 25 children between the ages of 6 months and 5 years... I can’t believe that I had never heard of this before? And after asking for advice on Facebook, I had so many friends who have gone through this as well. A febrile seizure really can’t be prevented – so you should never feel guilty that perhaps you did anything wrong.

The combination measles–mumps–rubella–varicella (MMRV) vaccine currently used in Canada (Priorix-Tetra) may increase the risk of febrile seizures relative to the separate vaccines (MMR and varicella) previously administered. We determined the risk of febrile seizure after the first dose of MMRV, as well as any additional risk for children at high risk for seizures because of pre-existing medical conditions.

Deficiency of vitamin D is associated significantly with simple febrile seizures and their recurrence is negatively correlated with it.

The thing about febrile seizures is that I feel like no one ever talks about them despite the fact that one in every twenty five children will have one in childhood. ONE IN TWENTY FIVE. That’s a lot of kids.

What Parents Should Know About Febrile Seizures

Upwards of 1 in 25 young children will have one. Why you shouldn’t be alarmed and what to do.

We didn’t know that 1 in 25 children have febrile seizures. If they’re so common, why didn’t I know about them?

Young children between the ages of about 6 months and 5 years old are the most likely to experience febrile seizures; this risk peaks during the second year of life. The fever may accompany common childhood illnesses such as a cold, the flu, or an ear infection. In some cases, a child may not have a fever at the time of the seizure but will develop one a few hours later.

Febrile seizures are further classified as simple or complex. A febrile seizure is complex if it is focal, prolonged (lasting for more than 10 minutes, or multiple (occurrence of more than one seizure during the febrile illness). Conversely, it is simple if it is an isolated, brief, generalized seizure.

The long-term outlook is excellent, however. The vast majority of children with febrile seizures do not have seizures without fever after age 5.

Febrile seizures are convulsions that can happen during a fever (febrile means "feverish"). They affect kids 3 months to 6 years old, and are most common in toddlers 12–18 months old. The seizures usually last for a few minutes and are accompanied by a fever above 100.4°F (38°C). While they can be frightening, febrile seizures usually end without treatment and don't cause other health problems. Having one doesn't mean that a child will have epilepsy or brain damage.

Febrile seizures occur with a fever higher than 38 C or 100.4 F and no other seizure-provoking etiologies.... The highest fever necessary to cause febrile seizures is specific to the individual as each child's threshold convulsive temperature varies.

Febrile seizures usually occur on the first day of illness, and in some cases, the seizure is the first clue that the child is ill. Most seizures occur when the temperature is higher than 102.2ºF (39ºC).