Where in health am I? : Home / Health Cloud / StaynHealthy / Infant Health / Infant Mortality 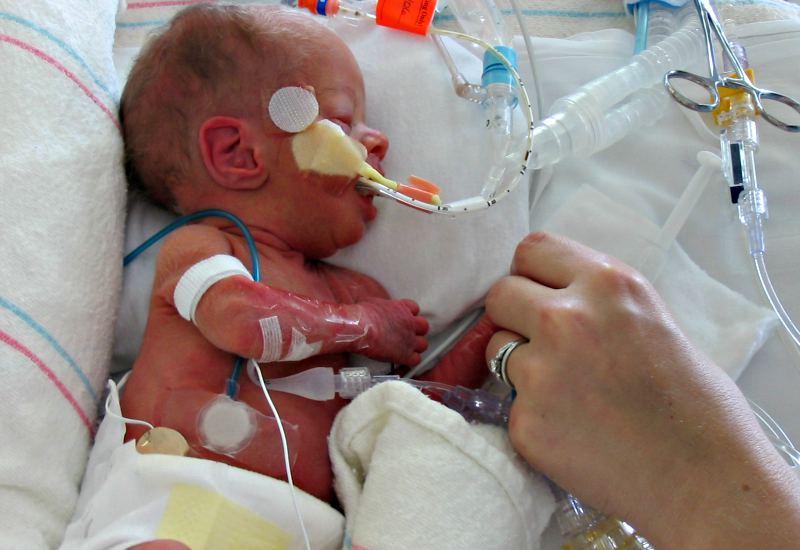 image by: The Hudson Family

Being born early is now the chief cause of infant death

The tide is turning on child mortality. For the first time, infectious diseases like measles, malaria and diarrhoea are no longer the leading killers of young children around the world. That position is now taken by complications resulting from premature birth, a problem for both wealthy and low-income countries.

While deaths from infectious diseases have been steadily declining as a result of research and medical intervention, preterm birth has remained a much more difficult problem, say the authors of a recent study that collated child mortality rates and their associated causes between 2000 and 2013. For the purposes of their research, preterm birth was defined as any child born…

In the U.S., Black infants die at over twice the rate of white infants. And there's an even greater racial disparity when you look at the mortality rates of the person giving birth.

A Startlingly Simple Way To Help The Infant Mortality Crisis

It is a problem that has vexed public health experts for decades, but a new study offers up one tantalizingly simple and effective way to help ensure fewer babies die: Elect more women.

Giving black moms health insurance may save their babies’ lives

Even in cities that have tried to address the problem, babies are still dying more often than one would expect for a developed nation.

The U.S. Infant Mortality Rate Is Falling, But Still Worse Than Peer Nations

There is no straightforward solution for high rates of infant mortality, because its contributing factors are numerous and tightly intertwined—that’s why policymakers use the rate as one marker for a nation’s health as a whole.

Throwing money at unproven programs for preventing prematurity, or at cash-cow NICUs, won't improve America's infant-morality rate. Instead, it's critical to follow the data—which suggest that we need fewer, not more, hospitals to take care of the sickest babies.

In the U.S., infant mortality gap costs the lives of about 4,000 black babies each year

f black infants born in the United States had all of the health and medical benefits enjoyed by white infants, nearly 4,000 fewer of them would die each year, new research suggests.

The difference is that disadvantaged babies die at a significantly higher rate in the US than in rich European countries. America's excess infant deaths are almost entirely a product of our level of inequality, and low-quality health care for the poor.

Infant deaths, stubbornly high in the US, continue a promising decline

The CDC data doesn’t credit any of these particular programs with lowering the infant mortality rate — it simply points out that the rate is in decline. But doctors see this data as an affirmation that their initiatives are working. “We’re really proud of our work,” Holmes said. But the US rate is still high by international standards, and clinicians’ efforts still continue.

The critics of the U.S. healthcare system are quick to point out that our country does not fare well compared to other high-income countries when it comes to infant mortality (IM) and healthcare costs. In the latest reminder of our failures, a 2015 study from the Commonwealth Fund found that the U.S. spends more on healthcare than other high-income nations, but has lower life expectancy, and worse health.

This information is not intended to minimize the problem or impact of infant mortality, but it is misleading at best for critics of any healthcare system to use it as an accurate gauge of its success or failure.

Infant Mortality Rate as a Measure of a Country’s Health: A Robust Method to Improve Reliability and Comparability

The infant mortality rate (IMR) is often regarded as a barometer for overall welfare of a community or country. As such, it has been used by researchers as an outcome to be explained or as an explanatory variable to capture the socioeconomic development of a country.

With hospitals suffering a catastrophic lack of supplies, the country’s babies are dying at a rate higher than Syria’s.

Poor Children Are Twice As Likely To Die Before 5th Birthday Than Rich: UN

Investing in education is key to improving the wellbeing of underserved children.

The U.S. Is Failing in Infant Mortality, Starting at One Month Old

Many more babies die in the United States than you might think. In 2014, more than 23,000 infants died in their first year of life, or about six for every 1,000 born. According to the Centers for Disease Control and Prevention, 25 other industrialized nations do better than the United States at keeping babies alive. This fact is hard for some to comprehend.

This Young Social Entrepreneur Hopes To Save One Million Babies

We have created a low cost, sustainable infant warmer that keeps preterm babies at an optimal body temperature. It works without constant need of electricity, making it ideal for rural areas in developing countries and has already saved over 150,000 babies. In order to help save more babies and reach our 1,000,000 baby goal, we have created a unique line of baby products for the US market called Little Lotus...

More deaths are averted per dollar of aid spent on those below the poverty line.

The United States has one of the highest infant-mortality rates in the developed world—but commonly cited statistics oversimplify why so many don't make it to their first birthdays.

Being born early is now the chief cause of infant death

The tide is turning on child mortality. For the first time, infectious diseases like measles, malaria and diarrhoea are no longer the leading killers of young children around the world. That position is now taken by complications resulting from premature birth, a problem for both wealthy and low-income countries.

Infant mortality is the death of an infant before his or her first birthday. The infant mortality rate is the number of infant deaths for every 1,000 live births.