Where in health am I? : Home / Health Cloud / StaynHealthy / Maternal Health / Childbirth / Episiotomy

But for some women, it is a little snip that shapes how they experience and remember giving birth, and that can have lasting physical and psychic consequences - Catherine Pearson 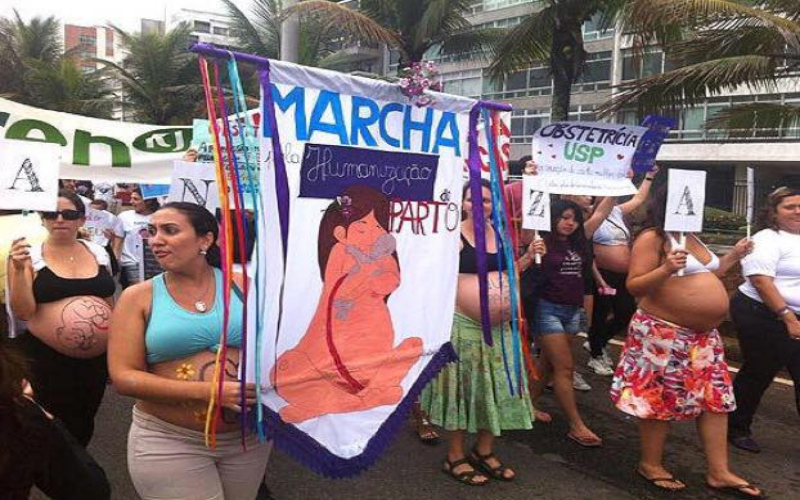 The Truth about Episiotomies and Lacerations

I laughed. I know I shouldn’t have, but I did. When I visited my best friend in the hospital after she had her baby and saw her waddle across the recovery room, all I could do was laugh. It turns out she had suffered from a serious laceration during birth and they had given her a pair of disposable panties they had prepared with a thick maxi pad, an ice pack, witch hazel pads and estrogen foam. The result was a pair of panties so lumpy she could barely walk. Fortunately, she was in good humor about the whole thing and giggled right along with me.

The next day, however, we had a serious conversation about the delivery experience and I could understand the post-baby waddle to a new level.…

A Brief History Of Vaginal Cutting During Childbirth

Today, episiotomies are rarely performed. But as recently as 1979, four out of five delivering moms were having the flesh between their anus and their genitals snipped during childbirth. What follows is an abridged version of the long, capricious history of the episiotomy.

There was a time when episiotomy — a surgical incision made in a woman’s perineum — was a routine part of childbirth in the United States, believed to help prevent the vaginal tears that can occur as babies emerge.

Episiotomies Still Common During Childbirth Despite Advice To Do Fewer

Episiotomy, a once-routine surgical incision made in a woman's vaginal opening during childbirth to speed the baby's passage, has been officially discouraged for at least a decade by the leading association of obstetrician-gynecologists in the United States.

Episiotomies – The Kindest Cut or the Unkindest?

As with many things about labor and delivery, there is a lot of conflicting information out there about episiotomies. Some people say they are never needed while other say that they can prevent more serious injury.

But for some women, it is a little snip that shapes how they experience and remember giving birth, and that can have lasting physical and psychic consequences.

Routine or prophylactic episiotomy (as opposed to episiotomy for specific indication such as fetal distress) is the quintessential example of an obstetrical procedure that persists despite a total lack of evidence for it and a considerable body of evidence against it.

Selective versus routine use of episiotomy for vaginal birth

What Is An Episiotomy? It's A Little Scary & A Lot Less Common

What You Don’t Know About Episiotomies Can Hurt You

More than half a dozen scientific studies done since the 1990s suggest that those doctors were wrong. Episiotomies are actually associated with more postoperative pain, a much greater likelihood of tears in the anus (ouch), and other complications.

The Truth about Episiotomies and Lacerations

Routine episiotomies are almost never used anymore. Unless the baby is in serious danger, this outdated procedure should be avoided. Instead, the mother’s body should be permitted to react as it will, even if that includes tearing. Researchers indicate these lacerations are most likely to be less severe and less painful, and heal better and more quickly, than those created due to an episiotomy.

12 Pros And Cons To Getting An Episiotomy

Which is best during delivery—episiotomy or natural tearing? During labor and delivery, a woman’s nether region will stretch and sometimes tear. Doctors may opt to do a procedure called an episiotomy to help in the delivery along. Not all women like the sound of having an episiotomy, and we can’t blame them, it sound scary and often women wonder how necessary is it to have one performed.

The first published account of episiotomy in a medical journal was in 1810, but it took another hundred years for it to become a normal part of obstetric practice. There are earlier reports from London in 1741. There has been considerable debate about the place of episiotomy - more often fuelled by preconceptions than evidence.