Exercise is like an addiction. Once you're in it, you feel like your body needs it - Elsa Pataky 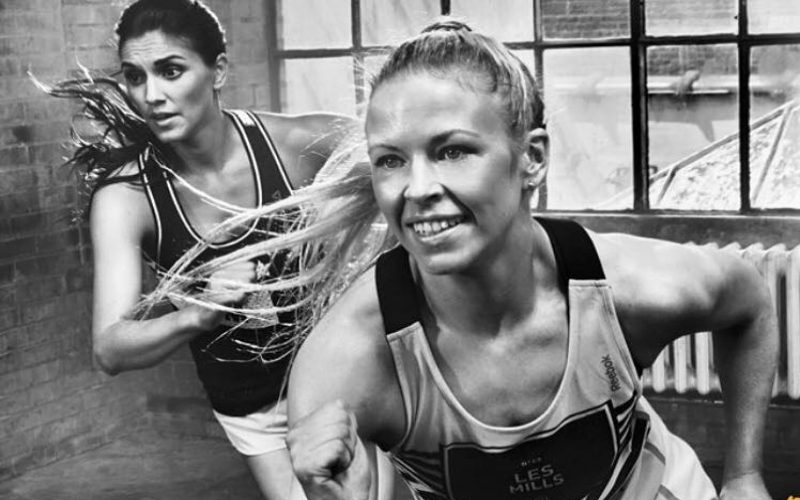 “Hey hun, have you seen my sneakers… the orange ones?”

My husband looked up from his phone and around the room. He located a pair of mismatched socks, flip-flops, my navy-blue Adidas, and a half-open umbrella, but my traffic cone-colored kicks were missing. I don’t have time for this, I thought. With a newborn, my day revolves around playtime, bedtime, feedings, and naps. Plus, the National Weather Service had just issued a warning: the air quality was crap and, according to my app, both heat stroke and exhaustion were possible. I slid my neoprene shorts on, one unshaven leg at a time. I downed a glass of lukewarm water, and I grabbed my keys, iPhone and headphones before lacing up a different pair of sneakers; no time to find the other, better ones. These would have to do.

“I’ll be back in a little bit,” I yelled — but that was a lie. One mile turned to two and two to four, and before I knew it, I was on the other side of this little island I call home because I have a problem. A huge problem. I am addicted to exercise. Specifically, I’m addicted to running.

“Exercise addiction often goes undiagnosed because it’s not recognized as a problem,” Alyssa Williamson — a psychotherapist in Dallas, TX who specializes in eating disorders — said. “We think of someone with an eating disorder as someone who is emaciated but never think that it could include elite athletes or that guy who talks about CrossFit and eats avocados.” But according to a 2011 study, 3% of adults in the United States work out more than they should, and Williamson told Vice that number may actually be higher.

“Because we glorify athleticism and thinness many people don’t see their relationship with exercise as a problem until their body starts developing complications, like heart issues, increased injuries, body density loss or loss of a menstrual cycle in women,” Williamson said. And that was the case with me. I was (and am) a “healthy” size and weight. My thighs appeared toned but full. My cheeks were rounded, not hollow, and my rib cage was concealed behind a decent layer of fat. Most saw me as nothing more than a distance runner, one who played hard, trained hard, and was “dedicated.” I was praised for my persistence, tenacity and grit. But my actions were not driven by passion or a desire to be fit: I ran because I had to. I “needed” to.

Like most addictions, my compulsions began benignly. I’ve battled mental illness most of my life and found running made me calmer and happier. When I was on the pavement, my anxiety lessened. The voices of fear and self-loathing were silenced by the screech of the subway and roar of traffic. But running became a problem in and of itself. Not running, I felt, put my mental and emotional health at risk.

No one suggested my behaviors were detrimental or dangerous. No one told me exercise was (or could be) bad. In fact, both my psychiatrist and general practitioner applauded me for my dedication. The former even worked running into my overall wellness plan, and for good reason. Numerous studies have proven that exercise is a natural mood booster.

But after eight years, I knew things were off. I was running further and longer. Unexpected storms or interruptions in my fitness schedule would induce panic attacks, and I felt controlled by it.

I continued to work out, through blizzard watches and heat warnings. I exercised when I was happy, sad, angry, afraid or alone. I’ve ended relationships, lost friendships, and skipped out on brunches, lunches, dinners, and dates to run. I’ve avoided vacations and changed entire itineraries of trips. I’ve turned down work and run in spite of illness and injury, and I can tell you what it's like to push my body beyond its boundaries. I’ve sprained my ankle twice and torn my Achilles tendon twice. I’ve run through muscle pains, strains and plantar fasciitis, and once I fell while running. I bruised my calf and my hip, tore open my knee, but kept going.

After I couldn't find my orange sneakers, I logged 10 miles before returning home. And today, I ran to the point of blacking out, and passing out. The bile in my stomach rose in tandem with the sun, and tears streamed down my face. The salty blend of sweat and sadness combatted the bitterness which flowed up (and through) my throat.

Of course, I was — and am — not alone. “A lot of muscle and skeletal injuries result from over-exercising,” Alice Holland, a doctor of physical therapy and director of Stride Strong Physical Therapy in Portland, told Vice. What’s more, since exercise addiction is not yet recognized by the Diagnostic and Statistical Manual of Mental Disorders (DSM-IV), the problem persists. However, Hillary Cauthen, a doctor of psychology and executive board member for the Association for Applied Sport Psychology, explained the difference between a healthy habit and dysfunctional one is one of drive. For those addicted to “exercise [the act] is a compulsion, a desired behavior… they must do,” though Cauthen noted there are several other symptoms. Irritability, anxiety and frustration are common — particularly if/when the addict must take time off — as are obsessive thoughts.

I struggle to sleep because, when I am not running, I am lost and empty. I struggle with pain. My legs tremble constantly. I feel like I am in motion even when I am still, and I can tell you what it's like to measure life not in moments, but in miles. The absence of exercise caused me anxiety in and of itself. And that is when I knew my self-administered cure had crossed a line. Instead of healing my hurt, I was causing it.

Social media may also be affecting our relationship with health, wellness and exercise. We smile, sweat and log miles and laps for our “followers” to see. My Facebook was (and is) littered with pictures of my FitBit, not my family. But behind every fitness blog, Facebook post and Insta gram story is a person, and what we see is rarely what we get.

“Social media outlets, like Instagram, add to the mania and obsessive culture surrounding looking and feeling your best,” Holland said. “A constant fear of missing out or needing to keep up to ideals make[s] this addiction worse.”

Things have gotten better. I haven’t competed (or completed) a double digit-mile run since April. I’ve been honest: with myself, my psychologist and my psychiatrist. I have a problem. My addiction was one which had gotten out of control, and I’ve learned to sit, with myself and my thoughts . But the latter has been difficult as my mind still races. Stillness still hurts. Plus, I feel like I should be going. There is a voice in my head that tells me I'm not good enough or strong enough, that I’m pathetic and useless, a voice that I have a nagging feeling could be silenced if I just logged a few miles. But I don’t. Instead, I try to stay present, and allow myself to feel frustration, anger, sadness and pain; I’m working with my doctors become comfortable with the uncomfortable. We work on alternative therapies where I write or meditate to make space for myself. The compulsion is still there: Yesterday, I gave in and went on a run. I do not consider myself cured, and may never be. But I try to take life one minute, one step, and one day at a time.

We might assume a person that goes to the gym every day is “addicted” to exercise. But in reality, exercise addiction is a complicated condition that researchers still don’t fully understand.

How One Woman Overcame Her Exercise Addiction

Katherine Schreiber shares her story—plus, get to know the signs and symptoms of this surprisingly common disorder.

How to Know If You're Addicted to Exercise

Among the array of addictions, exercise may be unique in one respect: It's almost universally viewed as virtuous. Drink or smoke too much, and friends start to worry. Exercise too much, and everyone envies your dedication, which means it's easy to conceal the problem—even from yourself.

Why Do People Become Addicted to Exercise?

Exercise addiction is more than a love of sport or a craving for the endorphin release associated with intense physical exercise. It is the manifestation of mental illness. The following factors can help explain how exercise addiction can become grooved in an individual’s life, but they alone are not the causes.

When Exercise Becomes an Addiction

But for me, exercise has become a drug. It is a way to cope with everything else going on and numb out the pain I might feel, and it truly is an addiction, one I cancel plans over just to get my fix.

“Exercise addicts display all of the hallmarks of substance addicts: tolerance, craving, withdrawal and the need to exercise ‘just to feel normal,’

Over-exercisers also suffer from classic signs of addiction such as withdrawal and relapse, which are well known among drug addicts and alcoholics.

Exercise Addiction: 'working Out Used to Be Something That Other People Did - Then I Got Addicted'

I was addicted to exercise: Here's how to spot the signs

I’ve already been to hot yoga early this morning and worked out for the last eight days in a row. Even so, I had to come this evening. Why? Because I’m addicted. I am an exercise addict. This means I’m hooked on endorphins.

Passion or Problem? When Exercise Becomes an Addiction

Let’s not beat around the fitness bush here. There’s no denying I’m legitimately addicted to exercise. Yet few people (myself included) fully understand this "healthy" mania that researchers estimate affects 0.3 to 0.5 percent of the population.

Polar F6: My Enabler Way Back When

There’s nothing wrong with the watch or the strap – both are in perfect condition. But my HRM is a reminder of a bad time in my life, when lived at the gym and I was obsessed with exercise.

The Tale of a Fitness-Tracking Addict's Struggles With Strava

When did my exercise habit become a habitual exercise in tracking? Much has been written about the “social fitness” apps turning fun activities into cutthroat virtual competitions...

Exercise Addiction Is an Underdiagnosed Epidemic

For a long time, my doctors saw only a healthy person who exercised. But I had to learn to be honest with myself about how running was running my life.

Exercise addiction is a legitimate problem whose prevalence is thought to be highest amongst triathletes, runners, and individuals who suffer from eating disordersvii.