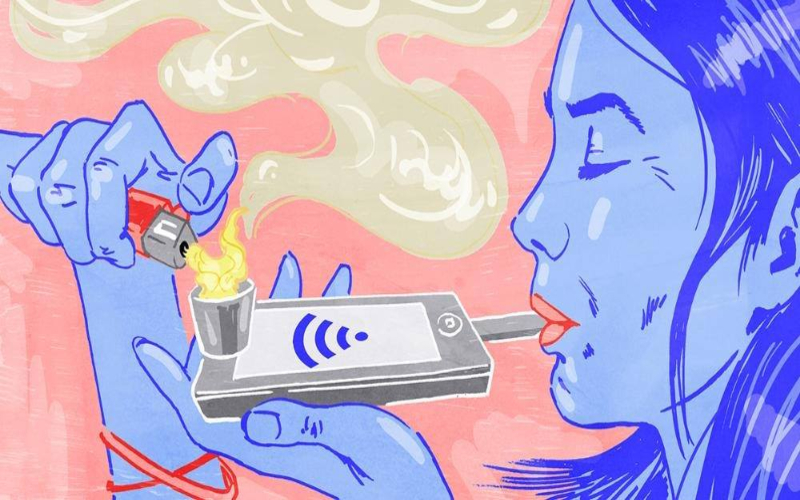 The leaders of Internet companies face an interesting, if also morally questionable, imperative: either they hijack neuroscience to gain market share and make large profits, or they let competitors do that and run away with the market.

In the Industrial Age, Thomas Edison famously said, "I find out what the world needs. Then I go ahead and try to invent." In the Internet Age, more and more companies live by the mantra "create an obsession, then exploit it." Gaming companies talk openly about creating a "compulsion loop," which works roughly as follows: the player plays the game; the player achieves the goal; the player is awarded new content; which causes the player to want to continue playing with the new content and re-enter the loop.

It's not quite that simple. Thanks to neuroscience, we're beginning to understand that achieving a goal or anticipating the reward of new content for completing a task can excite the neurons in the ventral tegmental area of the midbrain, which releases the neurotransmitter dopamine into the brain's pleasure centers. This in turn causes the experience to be perceived as pleasurable. As a result, some people can become obsessed with these pleasure-seeking experiences and engage in compulsive behavior such as a need to keep playing a game, constantly check email, or compulsively gamble online. A recent Newsweek cover story described some of the harmful effects of being trapped in the compulsion loop.

The release of dopamine forms the basis for nicotine, cocaine, and gambling addictions. The inhalation of nicotine triggers a small dopamine release, and a smoker quickly becomes addicted. Cocaine and heroin deliver bigger dopamine jolts, and are even more destructive.

In the past, companies used customer surveys, focus groups, interviews, and psychological tests to figure out how to make products more appealing to customers. In 1957, Vance Packard published The Hidden Persuaders, in which he identified eight hidden needs -- including a consumer's desire to love and be loved, or a yearning for power -- which advertisers could exploit to create demand for their products.

Packard, who questioned the morality of exploiting emotions in order to sell products, died in 1996. Were he alive today, he would surely be shocked to see how primitive the exploitation techniques he described now seem.

Today we can monitor the brain's response with NMR (nuclear magnetic resonance) imaging to more accurately measure what people are experiencing when they play online games, interact with smart devices, or gamble. Luke Clark, a neuroscientist at the University of Cambridge, used brain scans to determine that when gamblers felt they could exert control over a game's outcome -- for example, by throwing the dice harder, or pulling the lever on a slot machine with more force -- it increased their interest in playing. Also, such near misses as getting two out of three matching symbols on a slot machine stimulated the desire to continue to play. Other experiments have shown that optimizing a slot machine's frequency of near misses can extend gambling times by 30 percent. Neuroscientists have also found that it is the unpredictability of winning large rewards that stimulates the dopamine releases that compels gamblers to return.

In the 1990s, concern over obsessive-compulsive behavior associated with computer games and the Internet began to grow. Until roughly 2000, compulsive behavior remained a side effect -- not an intentional element of game design and other Internet applications. Application providers were simply supplying customers with services that made their products more appealing.

But before long, people were referring to their BlackBerries as CrackBerries, and parents were beginning to worry about the number of hours their kids spent on video games. We now believe that the compulsion to continually check email, stock prices, and sporting scores on smartphones is driven in some cases by dopamine releases that occur in anticipation of receiving good news. Indeed, we have grown so addicted to our smartphones that we now experience "phantom smartphone buzzing," which tricks our brains into thinking our phone is vibrating when it isn't.

By the time Web 2.0 rolled around, the key to success was to create obsessions. Internet gaming companies now openly discuss compulsion loops that directly result in obsessions, and the goal of other applications is the same: to create the compulsion to gather thousands of friends on Facebook, thousands of followers on Twitter, or be pleasantly surprised to discover from Foursquare that a friend you haven't seen for years is nearby.

In the past, society has been able to put physical barriers in place to make it more difficult to satisfy unhealthy obsessions. For example, gambling casinos were primarily segregated in Nevada. Things are very different today. In the first place, there is no physical barrier between people and the obsession in question. Smartphones and portable electronic devices travel with us in our pockets.

When compulsive behavior undermines our ability to function normally, it enters the realm of obsessive-compulsive disorder. By some estimates around 2 to 4 percent of serious gamblers are addicted, and some 10 percent (it may be less or more since most people under-report addiction ) of Internet users have become so obsessed with the Internet that its use is undermining their social relationships, their family life and marriage, and their effectiveness at work. As the performance of Internet-connected devices improves, and as companies learn how to use neuroscience to make virtual environments more appealing, that number will undoubtedly increase.

Many Internet companies are learning what the tobacco industry has long known -- addiction is good for business. There is little doubt that by applying current neuroscience techniques we will be able to create ever-more-compelling obsessions in the virtual world.

There is, of course, no simple solution to this problem. The answer starts with recognizing that our virtual environment has very real consequences. For my own part, I create physical walls around my virtual environment. I will read books and newspapers anywhere in my home on my iPad, but I answer emails only in my office. When I am talking with my wife, listening to my daughters discuss the challenges they face in raising their children, or playing and laughing with my grandsons, I not only shut off my iPhone, I put it out of reach.

I'm learning that to function effectively and happily in an increasingly virtual world, I have to commit a significant amount to time to living without it.

This Is Your Brain Online

We live in the information age, yet we know less and less. We are manic about photographing our lives, but we remember less and less.

Cyberbullying Is a Bigger Problem Than Screen Time Addiction

The harms that can come to children who use technology excessively — including depression, behavioral problems and poor academic performance — are not just caused by too much screen time. It is the nature of the interactions that take place through the screen that count. Simply limiting screen time ignores the many benefits of technology for teenagers.

Do You Have an Internet Addiction?

We often equate the word “addiction” to substances like drugs and alcohol. However, in the digital age, more and more people struggle with Internet addiction.

How to Break Your Smartphone Addiction

If you're a millennial like me or an avid smartphone user of any age, I'm sure you'd agree you would benefit from learning how to break your smartphone addiction. Smartphones have become our digital appendages, where we can tweet, text, snap a picture, shop, watch videos and more within a matter of seconds. While this accessibility can be convenient, it can also be overwhelming and even detrimental in the event of cell phone addiction.

Internet Addiction Isn’t An ‘Official’ Diagnosis, But This Center Is Devoted To Treating It

What are you supposed to do when the Internet “crosses from a hobby to a crutch”?

We now know that those iPads, smartphones and Xboxes are a form of digital drug.

Obsessed with the Internet: A Tale from China

But in China’s rigid, hypercompetitive society, the Internet explosion represents more than a disciplinary annoyance. It is seen as an existential threat. And that helps explain why treating kids with supposed Internet addiction has become a national obsession.

Compulsions are rarely harmless. The internet is not the opioid crisis; it is not likely to kill you (unless you’re hit by a distracted driver) or leave you ravaged and destitute. But it requires you to focus intensely, furiously, and constantly on the ephemera that fills a tiny little screen, and experience the traditional graces of existence — your spouse and friends and children, the natural world, good food and great art — in a state of perpetual distraction.

Tristan Harris believes Silicon Valley is addicting us to our phones. He’s determined to make it stop.

The Rise of the Internet-Addiction Industry

Treatment centers are opening across the U.S., but mental-health experts still disagree on whether excessive time on the web qualifies as a disorder.

Exploiting the Neuroscience of Internet Addiction

Much of what we do online releases dopamine into the brain's pleasure centers, resulting in obsessive pleasure-seeking behavior. Technology companies face the option to exploit our addictions for profit.

Helping connect digital media users with what matters most - life. Our innovative program model assists the digitally distracted discover their passion and purpose in life. At reSTART, we understand that problematic Internet and gaming use often co-occurs with other mental health conditions.

The center for Internet addiction...your source since 1995.