Where in health am I? : Home / Health Cloud / StaynHealthy / Mental Health / ADHD

Forgive your child and yourself nightly. You didn't ask to live with the effects of ADHD any more than did your child - Martin L. Kutscher 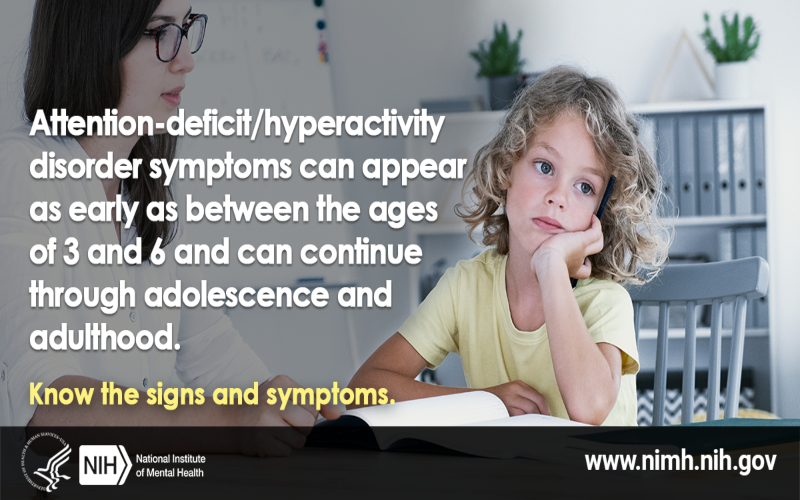 What It’s Like to Have ADHD As a Grown Woman

Start talking about a disorder people can’t see and you learn to expect a certain amount of doubt, along with the occasional conspiracy theory involving drug companies, gluten, mass delusions, and other byproducts of this, our modern age. I understand (some) of where they’re coming from. ADHD, a chronic behavioral disorder, is complicated, confusing, and undeniably overdiagnosed.

If you’re female, the conversation is even more fraught. For decades ADHD was seen as a young boy’s disorder. New evidence suggests that it likely affects males and females equally, but that girls are far less likely to be diagnosed. For years the diagnosis ratio of males to females was 10:1. These…

Natural ADHD treatments have been around for many years and their effectiveness proven. ADHD stimulant medications may well help control symptoms for a short period of time but that only masks the problem rather than fix it at the root.

A Reason to Think Twice About Your Child’s ADHD Diagnosis

ADHD: The High Price Of A Quick, Quick Fix

The experts are finally admitting that medication isn’t the most cost-efficient way of dealing with ADHD after all. More recent studies have called into question whether the benefits from a pill last as long as behavioral therapy coupled with techniques to improve long-term academic and social functioning.

A new study of 2,500 teenagers suggests that frequent use of digital media can lead to higher risk of developing ADHD-related symptoms.

Helping Kids With A.D.H.D., and Their Families, Thrive

Families should not expect simple answers, or short-term solutions. Parents have to take care of themselves, and pay attention to the family dynamic, looking for ways to help everyone thrive.

There’s a growing concern about overdiagnosis of ADHD, since the treatment can come with adverse effects.

People With ADHD Have Different Brains

Certain brain structures related to emotion and reward are smaller in people with the disorder, new research finds.

The Underlying Gift Of Having ADD Or ADHD

If you suspect a personal diagnosis of ADD or ADHD, what if you could view that diagnosis as a gift, rather than a curse? Come again? Yes, a gift, given that you can't change the diagnosis or the symptoms. Let’s review the situation a bit, and then you decide if you have been given an unintended gift or an intended curse.

Why ADHD can be a valuable bonus for entrepreneurs

ADHD – Attention Deficit Hyperactivity Disorder – is a common neuro-development psychological disorder characterised by problems with focus, impulsivity and high activity level. It is normally associated with a range of negative consequences such as crime, social exclusion, and academic under-performance. But in an entrepreneurial context, we have found, it is a condition which brings clear advantages.

Research into the mysteries of Attention Deficit/Hyperactivity Disorder (ADHD) is booming. By early 2017, more than 31,000 research studies and papers had been published in medical journals about this most-common childhood mental disorder that now affects an estimated one in 12 kids and teens 1 —and persists for one in 25 adults.

Hackers tried to imply Simone Biles was doping. She used the leak to reduce ADHD stigma instead.

25 Questions: Is This Your Child?

These questions will help determine if your child is affected by ADD/ADHD-like symptoms.

Does a diagnosis of attention deficit hyperactivity disorder increase one's risk of dying young? Though some studies have suggested there may be a link, they weren't large enough to tell for sure. Now, a new, well-designed study in the Lancet gets pretty close to demonstrating this disturbing correlation.

ADHD Is Different for Women

The standard conception of the disorder is based on studies of "hyperactive young white boys." For females, it comes on later, and has different symptoms.

At a time when health care professionals are over prescribing stimulants like Ritalin, medicating the so-called “symptoms” of ADHD out of existence, it’s worth noting that some of the trait’s most common characteristics – creativity, multi-tasking, risk-taking, high energy and even resilience– are, in fact, strengths when leveraged in the right way and in the right career.

Apps for Kids with ADD/ADHD

Smartphone and Tablet technologies have been a game-changer for people with ADD/ADHD when it comes to improving social skills and self-confidence. The Social Navigator is having a positive impact on the lives of children with Attention Deficit Disorder and Attention Deficit Hyperactivity Disorder.

Can Adults Get a Different Kind of ADHD?

“I don’t have any problem with the idea that some adults do not have clear signs or symptoms of ADHD in childhood,” he says. “But that does not mean they have a different condition. It just emerges a little bit later in life.”

The rise of ADHD diagnoses over the years has generated $13 billion in revenue for the companies that produce ADHD medication in the United States. Find out how the increase in attention deficit hyperactivity disorders is resulting in a big payday for big pharma.

How Childhood Trauma Could Be Mistaken for ADHD

Some experts say the normal effects of severe adversity may be misdiagnosed as ADHD.

People With ADHD Can Actually Focus So Hard it's Scary

People with hyperfocus tend to block out everything else going on around them.

The Benefits of Fidgeting for Students With ADHD

The Selling of Attention Deficit Disorder

The rise of A.D.H.D. diagnoses and prescriptions for stimulants over the years coincided with a remarkably successful two-decade campaign by pharmaceutical companies to publicize the syndrome and promote the pills to doctors, educators and parents. With the children’s market booming, the industry is now employing similar marketing techniques as it focuses on adult A.D.H.D., which could become even more profitable.

The Upside of ADHD

The gene responsible for our hyperactive downfall might be the key to keeping nomads healthy.

When should a child be tested for ADHD?

The first signs of ADHD usually manifest over a few years in early childhood, and most children with the condition show clear signs by first grade. Elementary school teachers are often the ones who recommend that parents have their child tested for ADHD, but many parents and preschool teachers suspect the condition at an earlier age and wonder if testing would be beneficial.

Why is ADHD more common in boys than girls?

About one in 20 children are diagnosed with attention deficit hyperactivity disorder (ADHD) at some point during their school life. Interestingly, for every girl diagnosed, there are between three and seven boys who receive an ADHD diagnosis.

While ADHD diagnoses on their own may not seem all that troubling at first glance, experts note that ADHD plays out very differently in girls and can lead to very different, “horrendous” outcomes for women.

How researchers are using computer games to treat pain, aging, ADHD, and other ailments.

What It’s Like to Have ADHD As a Grown Woman

I still have ADHD. I’m still disorganized. My room isn’t what you’d call clean. I still have to fight to stay on top of things that seem easy for others. Getting diagnosed wasn’t a cure, it was a key

Whether you are a caregiver or an educator for children and teens that may be experiencing symptoms of ADHD or that have already been diagnosed, you’ve come to the right place. Here, you’ll find the information and resources necessary to make a difference.

The internet blog of Dr.Kenny Handelman.

Living Well with Attention Deficit...ADDitude has provided clear, accurate, user-friendly information and advice from the leading experts and practitioners in mental health and learning for almost 10 years.

Dr. Ned Hallowell and Melissa Orlov blog about marriage when one or both spouses has ADHD. What is it like? What are common themes in marriages with ADHD? What strategies can be used to improve these relationships?

A Blog about Adults with Attention Surplus Condition (aka ADHD) by Adult ADD Coach Pete Quily.

Children and Adults with Attention-Deficit/Hyperactivity Disorder- CHADD - is the nation's leading non-profit organization serving individuals with AD/HD and their families.

myADHD subscribers have been using this website to help care for children, adolescents, and adults affected by Attention-Deficit Hyperactivity Disorder. Our subscribers are clinicians such as physicians, mental health professionals, coaches, parents, adults with ADHD, and educators. With myADHD they have instant access to important myADHD Tools including rating scales, history forms, and treatment ideas.

Information on ADHD including signs, symptoms and treatment.

Signs, causes, symptoms, and treatment of ADHD and ADD in children.

ADHD sometimes known as Attention Deficit Disorder is a condition that becomes apparent in some children in the preschool and early school years. It is hard for these children to control their behavior and/or pay attention. It is estimated that between 3 and 5 percent of children have meet criteria for diagnosis, or approximately 2 million children in the United States.

Attention deficit hyperactivity disorder is one of the most common childhood brain disorders and can continue through adolescence and adulthood. Symptoms include difficulty staying focused and paying attention, difficulty controlling behavior, and hyperactivity (over-activity).

An introduction to ADHD with further links and resources.