Where in health am I? : Home / Health Cloud / StaynHealthy / Newborn Health

All of a sudden, you have this newborn you have no training for. It's frightening - Bridget Moynahan 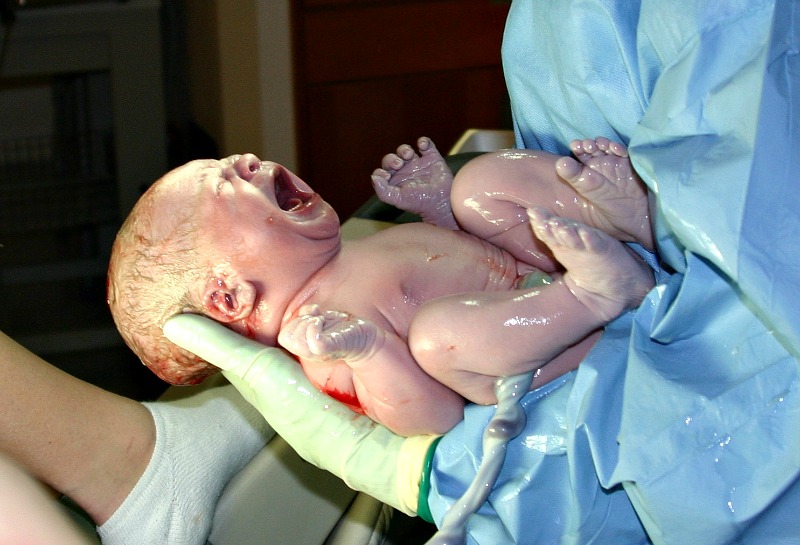 A wave of innovation in newborn care is giving infants a better start in life—and could improve Americans’ health far into the future.

These advances cover a range of conditions and treatments. Maternal- and fetal-medicine specialists are finding new ways to prevent premature birth, which affects one in 10 infants and can cause serious and costly mental and physical disabilities. In the neonatal intensive-care unit, doctors are adopting new procedures, devices and techniques to diagnose and treat complications that can harm future development.

At the same time, researchers are gaining new insights into genetic and environmental influences on the fetus, such as a mother’s obesity…

Mothers who breastfeed their babies within an hour of giving birth offer their newborns the best possible start to life (pdf). But three out of five babies around the world aren’t breastfed in that timeframe—putting them at risk of disease, developmental delays, and infections, according to a new report (pdf) by the World Health Organization and the United Nations Children’s Fund (UNICEF).

The answer to the disparity in death rates has everything to do with the lived experience of being a black woman in America.

Every year, more than 400,000 women in America have babies who are preterm, low birthweight, or who die before their first birthday.

Everything You Need For Your Baby, According to Science

This detailed, carefully-researched guide takes you through everything you need to care for your baby, according to science. There are countless products out there aimed at new parents, designed to make your transition into parenthood as smooth as possible. However, the quantity of merchandise out there can make it hard to know what’s necessary and what’s a waste of money. Read on to to become an expert at choosing baby products.

Kangaroo Mother Care Could Save Millions of Lives In Poor Countries

The technique was developed in 1979 by Edgar Rey, a doctor in Bogotá, Colombia, who confronted the challenges a neonatologist in a poorly funded clinic grapples with even today: not enough incubators and lots of infections. His solution did more than just cover for a lack of machinery.

Deaths of babies in their first month of life have been considered an intractable problem – but it's one that could be prevented by an easy-to-use, inexpensive, everyday antiseptic that's found in mouthwash.

Julia’s story mirrors that of hundreds of thousands of Americans who are prescribed pain killers like Vicodin or OxyContin to heal from an accident, surgery, or cancer, and find themselves addicted and unable to stop – even when pregnant. Her newborn child is one of more than 27,000 born annually addicted to opioids—one born every 25 minutes. Instead of being placed in a mother’s arms, babies like Julia’s are rushed to the Neonatal Intensive Care Unit (NICU) where they stay for weeks at a time.

The Unconscionable Difficulty of Getting Health Insurance for a Newborn

My own plan only covered my child as an extension of me for the first two days. After that, he was on his own.

Your Two Week Old - What You Need To Know

Your baby will probably have regained most or all of the weight that he lost in his first week. At this age, you can expect your baby to look at your face, startle with loud noises, lift his head and begin to smile spontaneously. He may even begin to recognize familiar objects and sounds.

A host of high-tech advances are giving newborns a better shot at avoiding a range of ailments. The long-term impact could be profound.

The Newborn Foundation is the only organization of its kind dedicated to leveraging technology innovation to save newborn lives and improve health outcomes for the newest, most vulnerable citi

We have committed ourselves to being the world's best source of baby product comparison information.

European Standards of Care for Newborn Health is an interdisciplinary European collaboration to develop standards of care for key topics in newborn health.

Maternal health is closely linked to newborn survival. While great strides have been made in reducing global child mortality, newborns now account for 44 percent of all childhood deaths.

Innovations accelerates the discovery and testing of creative solutions to understand and overcome barriers that prevent essential health services from reaching women and children.

The Maternal Health Task Force believes that a strong, well-informed and integrated community with equitable access to high-quality technical evidence is critical to our goal of eliminating preventable maternal mortality and morbidity worldwide.

Overview of problems in newborns.

The Newborn Health Initiative represents a coordinated effort of healthcare stakeholders – individuals and organizations – to support legislation that has been introduced in the United States Senate to address the dire gap in our innovation pipeline for neonatal therapies.

P&N shares the excitement of pregnancy and early parenthood with women across the U.S. and in Canada.

The first month of a child’s life – the neonatal, or newborn, period – carries the highest risk of death. It is also the most dangerous period for the newborn’s mother.

While the world has achieved impressive reductions in mortality of children aged under five since 1990, the survival of newborns (young infants in the first month of life) has lagged behind.

This section contains RHL summaries of published systematic reviews on care of the newborn infant, newborn nutrition and feeding and management of unwell newborns.