Where in health am I? : Home / Health Cloud / StaynHealthy / Nutrition / Choline

Just as you thought you had your diet sorted, along comes another nutrient for you to consider. Choline is an essential nutrient that has until recently flown under the radar - Australian Eggs 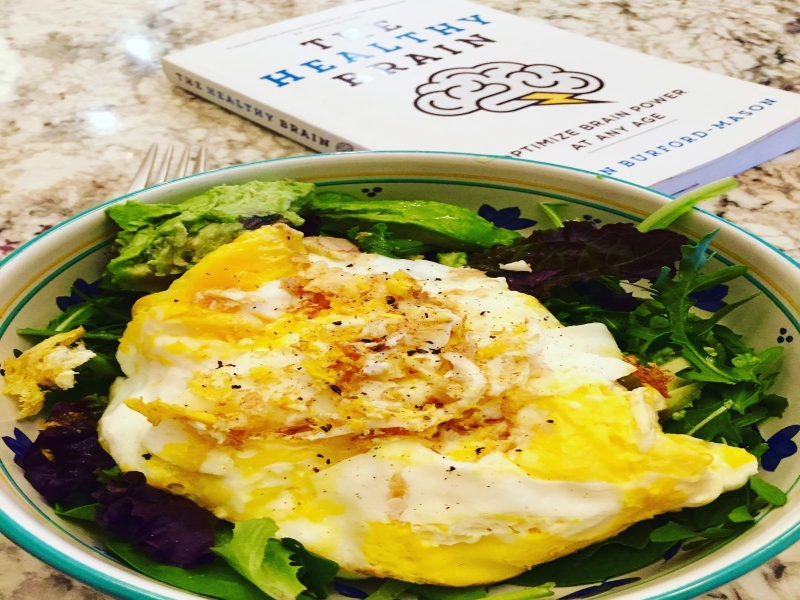 Choline: The forgotten vital nutrient we’re not getting enough of

Standard nutritional advice to cut down on meat and dairy may be stopping us getting enough of an essential nutrient named choline. Should we be worried?

WHETHER we follow it or not, most of us know the standard advice for eating healthily. Not too much red meat, fill up on whole grains for fibre, eat oily fish for the omega-3 oils, and have plenty of fruit and veg for the vitamins and minerals.

But there is another essential nutrient that most of us have never heard of – and that standard advice may be stopping us getting enough of it. The substance is called choline and Emma Derbyshire at Nutrition Insight, a consultancy in Surrey, UK, recently argued in the journal BMJ Nutrition,…

Choline: The important prenatal nutrient you might be hearing about for the first time

Never heard of choline? You’re not alone. Prenatal nutrition has focused almost exclusively on folate (aka folic acid) for supporting fetal neural tube (brain, spine, and spinal cord) development. However, recent research suggests that choline is equally essential in neurodevelopment, as well as for many other crucial functions.

The brain nutrient vegans need to know about

People who eat vegan or plant-based diets should ensure they are getting enough of a key, but little-known, brain nutrient, say experts. Choline, which helps transfer signals between nerve cells, is highest in dairy foods and meat.

The Underconsumed and Underappreciated Essential Nutrient

Choline’s role in human health begins prenatally and extends into adulthood and old age. Its functions are complex and include but are not limited to neurotransmitter synthesis (acetylcholine), cell membrane signaling (phospholipids), lipid transport (lipoproteins), and methyl-group metabolism (homocysteine conversion to methionine). Choline must be integrated into the prenatal supplement regimen.

You might already know about nootropics, and almost certainly take your daily supplements religiously – so why are we only just hearing about the brain-boosting nutrient choline?

Choline - the unknown but essential nutrient

Just as you thought you had your diet sorted, along comes another nutrient for you to consider. Choline is an essential nutrient that has until recently flown under the radar. It helps metabolise fat, maintain healthy cell membranes and may improve brain functioning and memory. Plus, recent research out of the US has highlighted the importance of choline during pregnancy and early infancy.

Another health benefit of eggs is their contribution to the diet as a source of choline. Although our bodies can produce some choline, we cannot make enough to make up for an inadequate supply in our diets, and choline deficiency can also cause deficiency of another B vitamin critically important for health, folic acid. Choline is a key component of many fat-containing structures in cell membranes, whose flexibility and integrity depend on adequate supplies of choline.

Is choline something vegans should actually be worried about?

Professor Tom Sanders of King’s College London rejected Derbyshire’s claims about choline, which is also found in nuts, beans, mushrooms and cruciferous vegetables such as broccoli. “There is no justification for suggesting that a plant-based diet risks damaging brain development. My own research on vegans and those of others in Europe and the US finds that the growth and development of vegans and vegetarians is normal. "Choline can be made in the body and it is also abundant in many plant foods, including soybeans," he said.

Can Mental Illness Be Prevented In The Womb?

The prospects of choline supplementation in pregnancy have piqued medical interest, but also notes of caution. "I think the choline research is really intriguing, and we're starting to investigate maternal choline levels as well," says Catherine Monk, an associate professor in psychiatry and obstetrics and gynecology at Columbia University Medical Center. "Some prenatal vitamins do contain it and foods rich in choline are readily available. But we have a lot more research to do before we start recommending it widely."

Because of its wide-ranging roles in human metabolism, from cell structure to neurotransmitter synthesis, choline-deficiency is now thought to have an impact on diseases such as liver disease, atherosclerosis and possibly neurological disorders.

Choline: Exploring the Growing Science on Its Benefits for Moms and Babies

The importance of ensuring adequate choline intakes during pregnancy is increasingly recognized. Choline is critical for a number of physiological processes during the prenatal period with roles in membrane biosynthesis and tissue expansion, neurotransmission and brain development, and methyl group donation and gene expression.

Food for thought: the smart way to better brain health

The human brain is made of food, so what we eat and drink affects our ability to keep a healthy, alert and active mind

Choline: The forgotten vital nutrient we’re not getting enough of

Standard nutritional advice to cut down on meat and dairy may be stopping us getting enough of an essential nutrient named choline. Should we be worried?