Where in health am I? : Home / Health Cloud / StaynHealthy / Nutrition / Glycemic Index 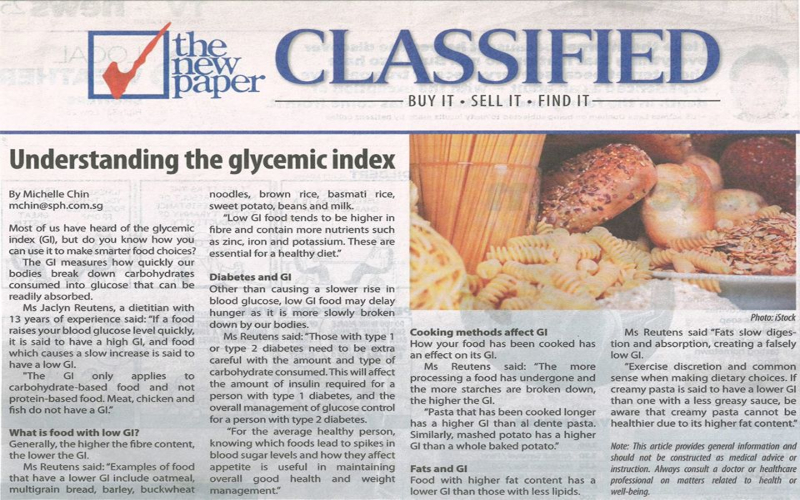 Benefits Of A Low Glycemic Approach To Eating

Eating foods with a lower glycemic index may confer health advantages. Not only can it help you to live heart healthy, it may reduce the risk of developing diabetes and metabolic syndrome, which can increase your risk of having a heart attack or suffering a stroke.

Four Myths About the Glycemic Index

Research developments are giving more insight into how a low glycemic diet affects your health. If you choose mostly low glycemic foods you can get better glucose control, feel more satisfied, improve heart health, decrease risk of stroke and even control food cravings. Just watch out for those generalized statements and broad assumptions.

In recent years the glycemic index (GI), a measure of a carbohydrate's impact on blood sugar, has assumed a major role in discussions about diets and nutrition. Now a new study suggests that by itself, within the context of an otherwise healthy diet, GI may not be an important factor in improving cardiovascular risk.

The Fats You Don’t Need to Fear, and the Carbs That You Do

The concept of a glycemic index, proposed in 1981 by David Jenkins and his colleagues in The American Journal of Clinical Nutrition, has since been validated repeatedly and is now accepted as a good way to distinguish between the kinds of carbohydrates that are health-promoting or at least neutral and those that have negative health effects.

The Myth of GI- How and Why You've Been Fooled

GI isn't the be all to end all for our health and body composition as it's sometimes labelled to be.

10 Myths About the Glycemic Index

Plenty of myths are floating around about the glycemic index these days. It seems like just about everyone knows something about it and is happy to tell you which foods to eat as well as which high-glycemic foods to avoid. The truth is that measuring the glycemic effect of foods is a highly precise and scientific process that requires specific testing.

Science moves quickly, but urban legends move with the speed of light. Sometimes the most well-meaning scientists and educators get caught up in the lighting strike (including this author). The glycemic index (GI) is the science, but the following three myths surrounding it are the urban legends that have been caught up in the lightning strike surrounding the science.

Welcome to the home of the glycemic index – the official website for the glycemic index and international GI database based in the Boden Institute of Obesity, Nutrition, Exercise and Eating Disorders and Charles Perkins Centre at the University of Sydney.

Is the Glycemic Index Reliable and of Any Use?

The glycemic index has crept upon our food experience. Once a term used by people in white lab coats, reserved to diabetes clinics, it’s now part of popular weight-loss programs (South Beach, Zone) and disease prevention plans; the low glycemic index claim is now a selling point plastered on food labels. Haven’t immersed yourself in the glycemic index yet? It’s never too late. Or maybe it’s still too early.

The Glycemic Index: Are Carbs Friend or Foe?

Most of us have heard of the glycemic index (GI). Even if we’re not familiar with how it works exactly, we know it’s something worth paying attention to when considering our food choices. So what’s it all about?

The Good, the Bad And the High Glycemic