Where in health am I? : Home / Health Cloud / StaynHealthy / Nutrition / Minerals / Zinc

Vitamin C might not do anything to prevent or treat the common cold, but the other widely-used cold supplement, zinc, may actually be worth taking. A mineral that's involved in many different aspects of your cellular metabolism, zinc appears to interfere with the replication of rhinoviruses, the microbes that cause the common cold - Joseph Stromber 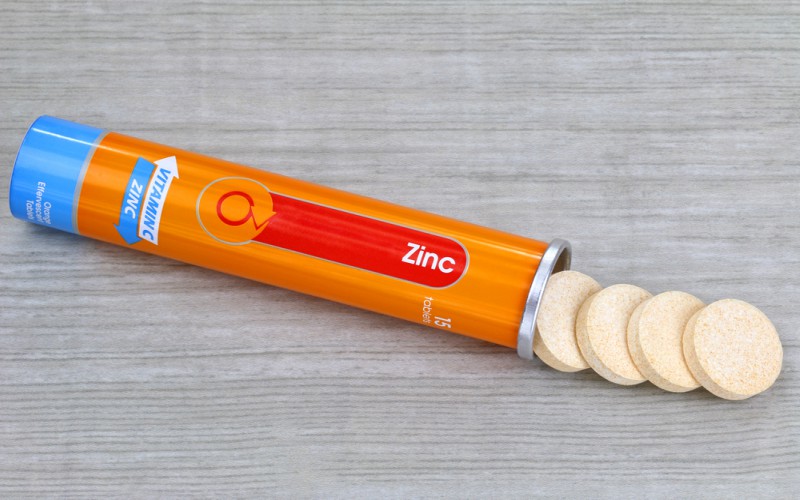 Zinc for the common cold? Not for me

Media channels are atwitter with the news that zinc can beat the common cold. CBS News, the L.A. Times, the Huffington Post, and hundreds of others are treating a quiet research report as big news that will have a life-changing effect. After reading the report and doing a little digging into the dark side of zinc, I’m not rushing out to stock up on zinc lozenges or syrup.

The latest hubbub about zinc was sparked by a report from the Cochrane Collaboration. This global network of scientists, patients, and others evaluates the evidence on hundreds of different treatments. In the latest review, on zinc for the common cold, researchers Meenu Singh and Rashmi R. Das pooled the results of…

The Truth About Vitamin D, Zinc, and Other Coronavirus Rumors

What might work, what probably doesn’t, and what’s flat-out wrong. There is no research yet on whether zinc will impact the novel coronavirus, officially named SARS-CoV-2. However, zinc may interfere with the other six coronaviruses, including the original SARS and the four coronaviruses that cause the common cold. Whether zinc can prevent infections hasn’t been studied as much as its therapeutic properties. Verdict: If you feel yourself getting sick, it might be worth taking zinc supplements, but they won’t prevent you from getting the virus.

Will zinc keep the coronavirus away?

We have no evidence that any supplement or herbal treatment can prevent or treat COVID-19. But Zinc has had mixed results in trials as a common cold treatment and may have some possible benefit as an anti-inflammatory agent in reducing the length and severity of a viral infection.

Which Zinc Products Are Best for Treating a Cold or Reversing Zinc Deficiency? See Our Zinc Test Results and Find Out!

Are You Getting Enough Zinc?

Do Zinc Supplements Have Any Dangerous Side Effects?

Zinc supplements, when used improperly, have extremely dangerous side effects. Zinc is a tricky vitamin because it is vital to your health and well being, but it is also detrimental if it is over-used or under-used. The recommended daily zinc requirement is 8 mg for adult women and 11 mg for adult men. Whether your zinc intake is provided by the foods you eat or the vitamins you take, there is such a thing as too much zinc.

The 'Cold' Facts About Zinc

The Cochrane review evaluated 15 scientific studies looking at the impact of zinc on zapping cold symptoms and included 1,360 people of all ages and different types of zinc [1]. Zinc, if taken within 24 hours of the first sign of cold symptoms, reduced the duration and severity of the common cold in otherwise healthy adults and children. This was the case if adults used lozenges and children used zinc syrup

The 2020 Practitioner's Guide to Zinc and Zinc Supplements

The human body absorbs approximately 400kg zinc over the average 70-year lifespan and at any one time there should be 2-4 gm zinc in the body. It is the second most abundant mineral ion ( Magnesium is the first) in the body and is the only metal that appears in all enzyme classes.

The Truth About Zinc and Drug Tests

The Internet is teeming with claims regarding the use of zinc supplements as a strategy for thwarting drug tests. But is there any hard science to support these anecdotes? The answer is "yes" -- and "no."

Zinc for acne: The Ultimate Guide to Erasing Acne With Zinc

Science clearly shows that zinc can help acne. People with acne have lower zinc levels than people with clear skin, perhaps because acne puts more demand on zinc. Zinc improves most causes of acne. Consequently, studies show zinc supplementation can reduce acne by 50%. None of this makes it a miracle pill, but it certainly merits consideration.

Zinc May Help Fight The Common Cold After All

First they said no, now they say yes! Turns out zinc, a historically hotly debated supplement, can in fact help reduce the length of the common cold. This, according to a new review conducted by the Cochrane Collaboration, the same group of researchers that in 1999 found zinc to be little more effective than a placebo.

Zinc not Vitamin C is best for fighting colds

Researchers have found that zinc is the best supplement for warding off colds, while Vitamin C is likely to be a waste of money.

Zinc Supplementation on Trial: What does the Research Say?

Manufacturers of zinc supplements such as ZMA claim that consuming their products will boost your testosterone, strengthen your immunity, and improve your athletic performance. But are these lofty claims backed up by credible research? And is there really a need for athletes and the general population to consume these supplements?

A cure for the common cold has been the holy grail for medical researchers, drug companies and marketers of dietary supplements. So far nothing has stood up to scientific scrutiny, though you wouldn’t know it if you read the claims often made for most over-the-counter cold medicines and countless supplements. Besides vitamin C and echinacea (neither found to be of value), the most widely promoted supplement for colds has been zinc in various forms. Enthusiasm for zinc has seesawed over the years as positive and negative studies have alternated in the news.

Zinc for the common cold? Not for me

Media channels are atwitter with the news that zinc can beat the common cold. CBS News, the L.A. Times, the Huffington Post, and hundreds of others are treating a quiet research report as big news that will have a life-changing effect. After reading the report and doing a little digging into the dark side of zinc, I’m not rushing out to stock up on zinc lozenges or syrup.

The health benefits of Zinc include proper functioning of the immune and digestive systems, control of diabetes, reduction of stress levels, energy metabolism, and an increased rate of healing for acne and wounds.

Be aware that zinc deficiency is not only prevalent in malnourished individuals or developing countries. Rather it is widespread in the U.S. and the UK, and it is particularly common in areas where the population eats a large amount of cereals and grain proteins.

Zinc is a nutrient that people need to stay healthy. Zinc is found in cells throughout the body. It helps the immune system fight off invading bacteria and viruses. The body also needs zinc to make proteins and DNA, the genetic material in all cells. During pregnancy, infancy, and childhood, the body needs zinc to grow and develop properly. Zinc also helps wounds heal and is important for proper senses of taste and smell.

Zinc is an essential mineral involved in regulating many enzymes. It is an antioxidant and immune-boosting supplement. Zinc is most commonly supplemented to reduce the frequency of illness and to support optimal levels of testosterone.

The body needs zinc for normal growth and health. For patients who are unable to get enough zinc in their regular diet or who have a need for more zinc, zinc supplements may be necessary. They are generally taken by mouth but some patients may have to receive them by injection. Zinc supplements may be used for other conditions as determined by your health care professional. Lack of zinc may lead to poor night vision and wound-healing, a decrease in sense of taste and smell, a reduced ability to fight infections, and poor development of reproductive organs.

Zinc is used for treatment and prevention of zinc deficiency and its consequences, including stunted growth and acute diarrhea in children, and slow wound healing. It is also used for boosting the immune system, treating the common cold and recurrent ear infections, and preventing lower respiratory infections. It is also used for malaria and other diseases caused by parasites. Some people use zinc for an eye disease called macular degeneration, for night blindness, and for cataracts. It is also used for asthma; diabetes; high blood pressure; acquired immunodeficiency syndrome (AIDS); and skin conditions such as psoriasis, eczema, and acne.

A Cochrane review found that zinc supplements may reduce the duration and severity of cold symptoms if they are taken within 24 hours of onset of the symptoms but caution was advised due to heterogeneity of the data. •Lozenges containing at least 75 mg have been the most widely studied but their use needs to be balanced against side-effects of nausea and bad taste. •No sufficient evidence was found to support prophylactic zinc supplementation for the common cold.