Where in health am I? : Home / Health Cloud / StaynHealthy / Nutrition / Mushrooms

The fungus has a mechanism that helps to protect its DNA from damage, giving it one of the most stable genomes in the natural world - Kayleen Devlin 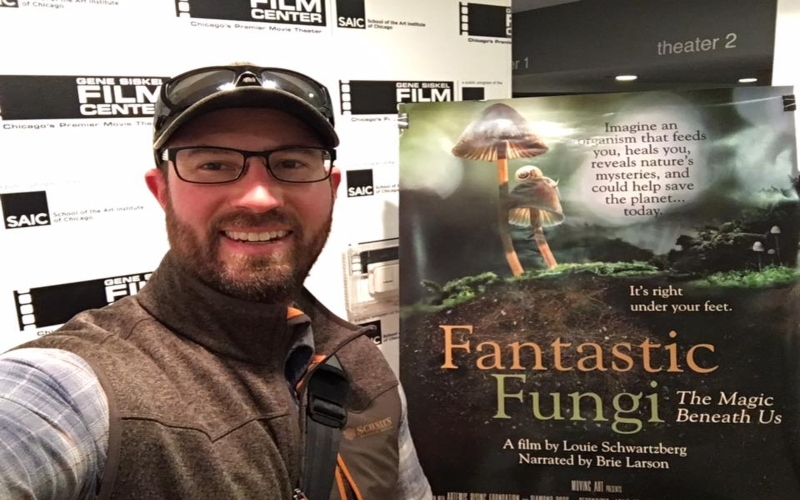 How the lowly mushroom is becoming a nutritional star

Mushrooms are often considered only for their culinary use because they are packed with flavor-enhancers and have gourmet appeal. That is probably why they are the second most popular pizza topping, next to pepperoni.

In the past, food scientists like me often praised mushrooms as healthy because of what they don’t contribute to the diet; they contain no cholesterol and gluten and are low in fat, sugars, sodium and calories. But that was selling mushrooms short. They are very healthy foods and could have medicinal properties, because they are good sources of protein, B-vitamins, fiber, immune-enhancing sugars found in the cell walls called beta-glucans, and other bioactive compounds.

Fantastic Fungi is a consciousness-shifting film about the mycelium network that takes us on an immersive journey through time and scale into the magical earth beneath our feet, an underground network that can heal and save our planet. Through the eyes of renowned scientists and mycologists like Paul Stamets, best-selling authors like Michael Pollan, Eugenia Bone, Andrew Weil and others, we become aware of the beauty, intelligence and solutions that fungi kingdom offers in response to some of our most pressing medical, therapeutic, and environmental challenges.

The unexpected magic of mushrooms

Normally associated with rot and decay, fungi may be a great overlooked resource that could help humanity deal with some of its greatest problems. The fungus has a mechanism that helps to protect its DNA from damage, giving it one of the most stable genomes in the natural world

Are Mushrooms the Future of Wellness?

Long thought to have medicinal benefits, fungi including reishi, lion’s mane and chaga are gaining popularity in the wellness world.

Mushroom magic: why the latest health fad might be on to something

Fungi are increasingly touted as a cure-all by health and wellness gurus. We took a look at the claims of immune support, stamina and longevity.

Mushrooms Are Good For You, But Are They Medicine?

Mushrooms have been used in Eastern medicine for centuries to treat everything from asthma to gout. Now they're being marketed in the West as functional or medicinal mushrooms that can prevent cancer or stimulate higher brain function, but there are relatively few trials in humans to back up these claims. There are more than 2,000 species of edible mushrooms on the planet, but many of us probably only know a few kinds. Sauteing or grilling up white button mushrooms and portobellos may sound familiar to Americans, but in other parts of the world, particularly Asia, soups and stews might contain shiitake, maitake, oyster or lion's mane.

Mushrooms May Reduce the Risk of Memory Problems

Older men and women who ate mushrooms several times a week were at reduced risk of developing mild cognitive impairment.

What Explains Our Mania for Mushrooms?

The fungus among us may be the future of food, thanks to rich umami flavors that make it a popular substitute for meat. Humans have been gathering various wild fungi since ancient times, but never before have mushrooms been such big business.

What Is the Health and Nutritional Value of Mushrooms?

Mushrooms may lack the deep green or brilliant red hues consumers have come to associate with nutrient-rich fruits and vegetables, but they are a “powerhouse of nutrition” and not a white food to be avoided, said Angela Lemond, a registered dietitian nutritionist and spokeswoman for the Academy of Nutrition and Dietetics.

The versatile mushroom comes in all different shapes, sizes and colors; it stands up as a side and can replace meat as a main. The fungus is a favorite of nutrition professionals — packed with vitamins, minerals and other nutrients. Here’s what mushrooms can do for your health, and how to work them into your diet.

There’s nothing in the taste that tells you what you are eating is about to kill you.

Don’t Forget to Water the Logs: Mushrooms Are in for Home Gardens

Shade-loving fungi are sprouting amid a trend for pricey ‘functional’ foods that promise health benefits.

Mushrooms have been consumed since earliest history; ancient Greeks believed that mushrooms provided strength for warriors in battle, and the Romans perceived them as the “Food of the Gods.” For centuries, the Chinese culture has treasured mushrooms as a health food, an “elixir of life.”

Just a serving of mushrooms could make your meals more nutritious!

A new research suggested that adding a mushroom serving to the diet could work wonders for the human body.

Mushrooms Have Stunning Powers to Heal People and the Planet

As you’ve probably heard, mushrooms are good for you. So good, in fact, that people often use them as medicine. You may also be aware that almost every ancient civilization around the world has used mushrooms for their healing properties for thousands of years. (Ancient Egyptians even called them the plant of immortality.) But you may not realize just how powerful edible mushrooms can be for healing people — and also for healing the planet.

Ultimately, we must strike a delicate balance with our mushroom brethren. They can certainly help us reduce our carbon footprint and heal our ailing minds, but mycological history makes one thing abundantly clear: Fungi can be downright fearsome.

either plant nor animal, mushrooms have confounded humans since ancient times. Now, they’re a reminder of our tenuous place in an uncertain world.

Mushrooms: The Best Way to Cook Them Is Totally Surprising

Mushrooms are healthy because of the significant amount of dietary fiber, protein, amino acids, vitamins (including B1, B2, B12, C, D and E) and trace minerals that they contain, as well as the fact that they’re low in fat and calories. But, according to researchers from the Mushroom Technological Research Center of La Rioja in Spain, mushrooms’ composition, antioxidant capacity and nutritional content can be negatively affected by the cooking process.

The Mushrooms Will Survive Us

In our ruined global moment, watching something busily transform trash into fleshy, sculptural fruit is a comfort.

The surprising world of mushrooms

Whilst there’s still so much more for science to discover about the fascinating members of the fungi family we do know the following facts about one of the kingdom’s most recognisable members... Whilst there is little scientific evidence to support the medicinal benefits of mushrooms, they’ve featured in traditional Chinese medicine for centuries.

How the lowly mushroom is becoming a nutritional star

In 1928 Alexander Fleming accidentally discovered penicillin produced from a fungal contaminant in a petri dish. This discovery was pivotal to the start of a revolution in medicine that saved countless lives from bacterial infections. Perhaps fungi will be key to a more subtle, but no less important, revolution through ergo produced by mushrooms. Perhaps then we can fulfill the admonition of Hippocrates to “let food be thy medicine.”

A mushrooming list of reasons to embrace fungi. Even setting aside magic mushrooms, our favorite fungal fruiting bodies supposedly have some spectacular health benefits. Mushrooms are verging on a superfood at this stage. Search for the benefits of eating mushrooms and you’ll turn up pages of info about how they can treat or prevent everything from cancer to heart disease.

We are Hawaii’s citizen-science driven effort to studying, mapping, & preserving the mushrooms of Hawaii