Where in health am I? : Home / Health Cloud / StaynHealthy / Nutrition / Protein

Once and for all, protein is a nutrient, not a synonym for meat - Marion Nestle 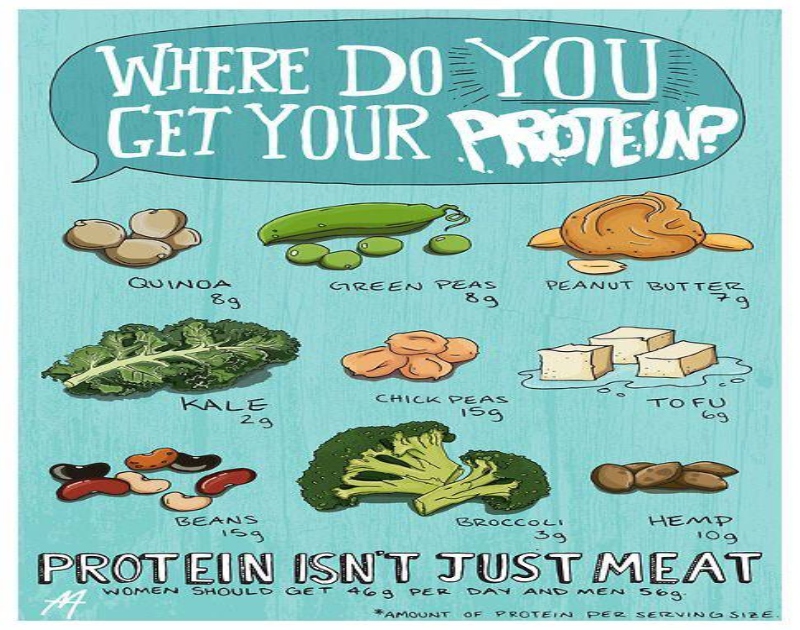 Can You Get Too Much Protein?

Protein has achieved a venerated status in the dietary world for everything from building muscle to preventing weight gain. But can you get too much of a good thing?

Protein powders that come in chocolate, strawberry, and cookies and cream flavors are doled out by the scoopful and mixed into smoothies, making it possible to effortlessly consume protein in amounts that far exceed dietary recommendations. A canned protein drink can contain almost as much protein as an eight-ounce steak, and snack bars or a small bag of protein chips can pack more of the macronutrient than a three-egg omelet.

But while some nutritionists have encouraged the protein craze, a number of experts…

Pea protein is everywhere, is it healthy?

Like the legumes from which it’s made, pea protein contains all the essential amino acids but it is low in one called methionine. That means it should be used as only one of many different protein sources, not the major choice throughout the day.

Animal Protein May Be Better Than Plant Protein For Building Muscle

The reason why animal proteins are generally considered “higher quality” when it comes to building muscle is down to the type of amino acids they contain.

Remarkable progress has been made in understanding the folding of proteins

It will help open up almost limitless vistas.

Walk down any aisle in any grocery store and you won’t miss it: protein is everywhere. Packaging for everything from snacks to cereal boast that they’ve been stuffed with the muscle-building nutrient. There are seven grams in each serving of “Cheerios protein,” 10 in a Kind nut bar, and 15 in a small bag of something called a “protein chip.”

Protein powder and bars are trendy supplements for bodybuilders to bulk up. But, is it really necessary for us regular folks to consume these products in order to lose weight and build muscle? Before supplementing your diet with protein, determine if you are already getting enough from the foods you eat.

How Much Protein Do We Need?

It seems that many people who are not elite athletes are now hyper-focused on protein consumption. How much protein does the average adult need to consume daily?

Once and for All, Protein Is a Nutrient, Not a Synonym for Meat

A plea to keep our terms clear when we discuss nutrients and foods. Protein is a nutrient, and beef and pork aren't even the best sources of it.

Selling the Fantasy of High-Protein Everything

Coca-Cola wants Americans to buy its new, hyper-fortified milk—regardless of what nutrients their diets actually lack.

Soylent Is Healthier Than the Average North American Diet

Whether or not this start-up has hit on the magic formula for perfect nutrition, it’s a sure bet that society at large hasn’t.

Study: Eat Protein in the Morning

People who got 35 grams of protein at breakfast were less hungry throughout the day and saw favorable changes in the hormones and brain signals that control appetite.

The Best Protein You Can Eat, According To Nutritionists

Protein is the key to keeping cravings at bay, building lean muscle and dropping those last few pounds. But according to a new review published in Applied Physiology, Nutrition and Metabolism, it’s not just how much protein you eat that’s important: It’s where you get your protein that also matters.

Companies are searching for all sorts of substitutes. Mealworm powder, anyone?

Virtually everything you eat, including vegetables, contains protein, and we don't actually need that much to be healthy. Yet many meat-eaters and vegetarians alike are preoccupied with this nutrient, and it's driving a market boom.

Why Meat And Protein Are Not The Same

So what do we do? The answer actually hasn’t changed very much over the years, despite the apparent uptick of conflicting evidence: Eat adequate but not excessive amounts of protein, certainly from plants, and possibly from fish, eggs, and poultry. And if you’re going to indulge in red meat (and there is evidence that some people perhaps should), just about everyone advises to do it sparingly.

Are you getting enough protein? The question provides its own answer: if you are worrying about the amount of protein in your diet, then you are almost certainly eating more than enough.

Nuts Are a Bad Source of Protein

These alternatives are far more efficient.

However, scientists now realise that it may actually be the quantity of specific nutrients – such as amino acids (the building blocks of proteins) – that are linked to longevity, rather than the amount of calories consumed.

Can You Get Too Much Protein?

Protein has achieved a venerated status in the dietary world for everything from building muscle to preventing weight gain. But can you get too much of a good thing?

Proteins are constructed of amino acids...

The Protein Society (TPS) is a not-for-profit scholarly society. Since 1985, TPS has served as the intellectual home of investigators across all disciplines - and from around the world - involved in the study of protein structure, function, and design.