Where in health am I? : Home / Health Cloud / StaynHealthy / Nutrition / Protein / Lectins

It’s critical to note that the majority of lectin studies have been done with isolated lectins, not actual foods, and have been conducted in test tubes or in animals, not in people - Cara Rosenbloom 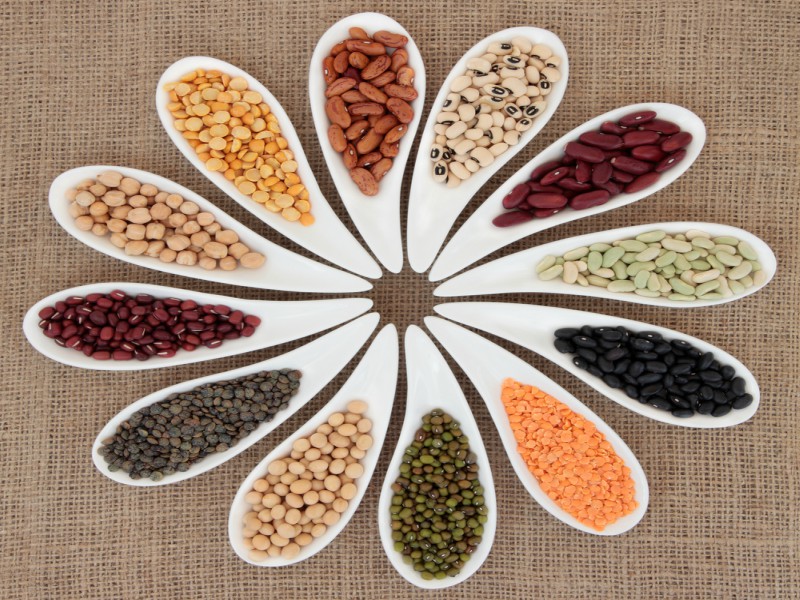 The real story on lectins

Unfortunately, nutritional misinformation abounds and the consumption of health fortifying nutrient-rich plant foods in our society is dangerously low. In fact, the Centers for Disease Control and Prevention (CDC) has stated that 75 percent of healthcare spending goes to treating chronic diseases, most of which are preventable and diet-related. One example of this misinformation is the recommendation by Paleo diet advocates to avoid beans and grains; also a new book alleges that these foods, plus nuts, tomatoes, eggplant, peppers, and more are harmful to our health, because of mysterious proteins called lectins.

The truth is, the scientific evidence does not support the view that lectins…

This post is for the commitment-phobes. You know who you are. I used to be you. Should I do the Plant Paradox or shouldn’t I? What if it backfires and make me feel worse? Do I really believe lectins are killing me? Who do I trust?! I’m still trying to figure out the answer to that last one.

Do We Dare To Eat Lectins?

So, do you need to fear lectins now? Dr. Gundry, who reportedly will be happy to sell you supplements to replace the nutrients present in the foods he is telling you not to eat, says: yes. I say: hold your breath, and count to a thousand while contemplating the theoretical toxicities of oxygen. Long before you finish, the truth will likely come to you in a gasp.

Foods High & Low in Lectins + Why Lectins Are Bad

Lectins are one of the most significant sources of food sensitivity. The Lectin Avoidance Diet is key to discovering what foods work best with your body, allowing you to live a healthier life. This elimination diet aids you in discriminating low-lectin foods from high-lectin foods as well as discovering other major causes of inflammation, giving you the tools you need to live a happier, healthier life.

In the diet world, a new buzzword is emerging: lectins. Have you heard of lectins? Ten years ago, you probably hadn’t heard of gluten, either. Going “lectin-free” is primed to become the next big thing in dieting, but this diet seems more fad than fact.

Is Going Lectin-Free The Next Big Thing In Wellness?

EVER REACHED a point of “wellness fatigue”? As much as we love learning about natural health and nutrition and everything in between, everyone has their limit. Somehow, we found ours when it came to the topic of “lectins”.

Lectins and the Plant Paradox

Could it be that the foods that we are constantly encouraged to eat more of are actually making us sick?

The Truth About Lectins

Food fads come and go. Certain foods or compounds are demonized, and rightfully so at times, but sometimes not so rightfully. Right now, lectins have become a focus for some to avoid. But are lectins really bad? Or is it just another marketing or low carb/high protein fad?

The Truth About Lectins And The Plant Paradox By Dr. Steven Gundry

So many people pour their time, energy, and hard-earned cash into shake mixes, supplements, and specialty products. And they think this time and money is well spent because they’re making the “healthy” choice. But what if they’re wrong? What if those healthy choices aren’t ACTUALLY healthy at all? That’s why I created The Plant Paradox eating program.

What we say is that yes, lectins can cause digestive or other ills. And yes you need to cook your beans before consuming them. But don't eliminate foods that are on the whole beneficial because they could be problematic under the wrong circumstances.

Keeping up with the latest food trends can prove difficult. What’s in fashion today could fall out tomorrow and vice versa. However, when it comes to keeping healthy, notice is taken.

Plant proteins called lectins are an emerging source of confusion and fear.

The Plant Paradox by Steven Gundry MD– A Commentary

So, what, specifically, is wrong with plants? According to this book, it’s not only about that awful gluten that we have heard so much about but about a whole class of “highly toxic, plant-based proteins called lectins” of which gluten is a member.

The Plant Paradox: Can You Trust Dr. Gundry?

Are Americans really struggling with health from eating lectin-rich foods? Too much whole grain bread? Did we get fat by eating too much brown rice and beans and salsa? Too many tomatoes and sunflower seeds? Too much quinoa? Too much barleygrass juice? Really?

A new diet trend, the lectin-free diet, has been growing in popularity lately. This fad diet, contrary to what some diet gurus are saying, is not based on good science.

The real story on lectins

The Plant Paradox: The Hidden Dangers in “Healthy” Foods That Cause Disease and Weight Gain (2017) by Steven R. Gundry, MD, reveals how eating plants can actually be harmful to health. Gundry’s “Plant Paradox” diet explains how to prepare and eat plant foods when they’re in season and in the right amounts to achieve optimal health...

Hello, my name is Dr. Steven Gundry – founder of Gundry MD. If you’re interested in feeling more vital energy, getting your body into shape, and giving yourself the best possible chance at a long and happy life… I’d like to assure you: You are in the right place.