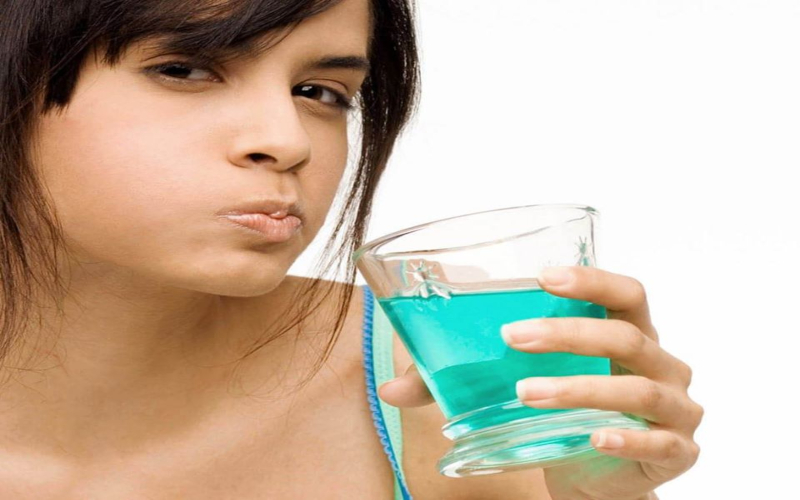 Ahhh — who doesn’t love that minty kick that comes from a swig of mouthwash? And your oral rinse could be doing more than just giving your breath a makeover, according to many mouthwash makers — it could be chockfull of health benefits, too.

Just check out the label on your mouthwash container, and you may find that it’s a plaque zapper, a teeth whitener, perhaps even a gum-disease fighter. But are the claims true? Is mouthwash really good for your mouth? Turns out, the answer is yes and no.

There is More to Your Mouthwash Than a Minty Taste

Mouthwash: Does It Really Work?

Head down to your local grocery store, and chances are you'll find rows upon rows of mouthwash products, all of them making seemingly impossible claims about what they can do. Some of them take a page from the suntan lotion industry by offering "12-hour protection" from plaque and bacteria. Others say they'll make your teeth 50 percent stronger. Leaving aside all the marketing-speak, does using mouthwash actually make much of a difference?

Every time you gargle an ounce or two of mouthwash after a meal or just before bed, you might think you're benefiting from the latest advances in chemistry and medical science. In fact, people have been using varieties of mouthwash for millennia. The history of mouthwash can be traced back 4,000 years, with ancient Chinese and Indian texts containing references to liquids used for sanitation of the mouth, though exactly what they were swishing remains a mystery.

Is Mouthwash Bad For Your Long-Term Health?

There are a few things to consider, regarding mouthwash. First, like most toothpastes, some mouthwashes contain sodium lauryl sulphate, a detergent without which it is very, very difficult to get your teeth really clean. Effective as it is, however, it's a source of sodium, if swallowed, and most westerners get too much sodium already.

Is Your Toothpaste or Mouthwash Toxic?

As with the other products we’re putting on our skin, we cannot assume that dental products are safe just because they’re manufactured for use in our mouths. The same germ killers—phenol, cresol, and ethanol—that are used in bathroom disinfectants are also formulated, though in lower concentrations, in a product designed for use in the mouth. These ingredients could be swallowed and will be absorbed through your mouth’s soft tissue. Other ingredients in mouthwash include formaldehyde and ammonia. Yet this should come as no surprise. Why else would the label warn against swallowing?

Regular Use Of Mouthwash May Increase Risk For Diabetes

Just as brushing our teeth is part of our daily oral care routine, no one would think twice about using mouthwash to go with it. But a new study now raises questions of whether regular use of mouthwash may increase risk for developing type 2 diabetes in those persons who are already at higher risk for the disease.

Figures don’t exist, but it seems reasonable to assume that sales to drunks hiding their addiction must account for a significant percentage of profits, meaning that assisting alcoholics in sabotaging their recoveries and fooling their co-workers and families is worth millions of dollars.

Many mouthwashes contain ethanol, which is the same kind of alcohol that is in beer or wine. Alcohol kills bacteria, which is why it is used in mouthwash: to fight bad breath. Scope® contains 15% alcohol (about the strength of wine) and Listerine ® contains 22% alcohol (about half the strength of vodka or whiskey). Mouthwash is a pretty blue or green color and can be sweet, minty and tasty. If a 25 pound toddler drank just 1 ounce of Listerine®, he or she would be legally drunk and drinking 3-4 ounces is enough to cause major toxicity like low blood sugar or coma. Other household substances that contain ethanol include body splash, perfume, aftershave, and hand sanitizer.

What's Inside Freshburst Listerine? It's 44 Proof!

FreshBurst Listerine is almost 44 proof. To keep it from being taxed as liquor, Johnson & Johnson denatures it — making it unpalatable. The company won't give its recipe, but perhaps coincidentally, denaturant formula 38-B contains eucalyptol, menthol, methyl salicylate, and thymol. The chemicals are coming from inside the house!

Mouthwash makers say the benefits of oral rinse go beyond just kissable breath — but some people worry that alcohol-containing rinses come with a number of health risks. Here's what you should know.