Where in health am I? : Home / Health Cloud / StaynHealthy / Personal Health / Social Interaction

For those seeking a health-promoting lifestyle, it’s not enough to focus on eating your veggies and getting regular exercise. Don’t forget to connect - Emma Seppala 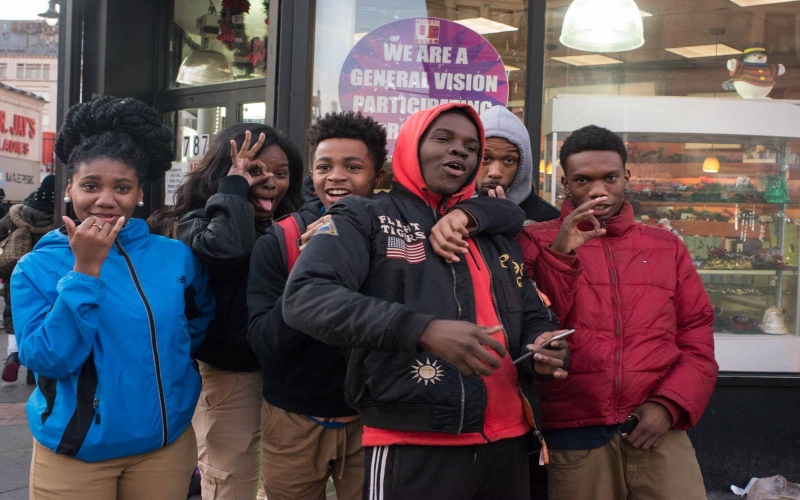 Hurray for the HotBlack Coffee cafe in Toronto for declining to offer Wi-Fi to its customers. There are other such cafes, to be sure, including seven of the eight New York City locations of Café Grumpy.

But it’s HotBlack’s reason for the electronic blackout that is cause for hosannas. As its president, Jimson Bienenstock, explained, his aim is to get customers to talk with one another instead of being buried in their portable devices.

What a novel idea! Perhaps Mr. Bienenstock instinctively knows what medical science has been increasingly demonstrating for decades: Social interaction is a critically important contributor to good health and longevity.

Personally, I don’t need research-based evidence to appreciate the value of making and maintaining social connections. I experience it daily during my morning walk with up to three women, then before and after my swim in the locker room of the YMCA where the use of electronic devices is not allowed.

The locker room experience has been surprisingly rewarding. I’ve made many new friends with whom I can share both joys and sorrows. The women help me solve problems big and small, providing a sounding board, advice and counsel and often a hearty laugh that brightens my day.

And, as myriad studies have shown, they may also be helping to save my life.

As the Harvard Women’s Health Watch reported, “Dozens of studies have shown that people who have satisfying relationships with family, friends and their community are happier, have fewer health problems, and live longer.”

In a study of 7,000 men and women in Alameda County, Calif., begun in 1965, Lisa F. Berkman and S. Leonard Syme found that “people who were disconnected from others were roughly three times more likely to die during the nine-year study than people with strong social ties,” John Robbins recounted in his marvelous book on health and longevity, “Healthy at 100.”

This major difference in survival occurred regardless of people’s age, gender, health practices or physical health status. In fact, the researchers found that “those with close social ties and unhealthful lifestyles (such as smoking, obesity and lack of exercise) actually lived longer than those with poor social ties but more healthful living habits,” Mr. Robbins wrote. However, he quickly added, “Needless to say, people with both healthful lifestyles and close social ties lived the longest of all.”

In another study, published in The New England Journal of Medicine in 1984, researchers at the Health Insurance Plan of Greater New York found that among 2,320 men who had survived a heart attack, those with strong connections with other people had only a quarter the risk of death within the following three years as those who lacked social connectedness.

Researchers at Duke University Medical Center also found that social ties can reduce deaths among people with serious medical conditions. Beverly H. Brummett and colleagues reported in 2001 that among adults with coronary artery disease, the mortality rate was 2.4 times higher among those who were socially isolated.

In a column I wrote in 2013 called “Shaking Off Loneliness,” I cited a review of research published in 1988 indicating that “social isolation is on a par with high blood pressure, obesity, lack of exercise or smoking as a risk factor for illness and early death.”

People who are chronically lacking in social contacts are more likely to experience elevated levels of stress and inflammation. These, in turn, can undermine the well-being of nearly every bodily system, including the brain.

Absent social interactions, blood flow to vital organs is likely to be reduced and immune function may be undermined. Even how genes are expressed can be adversely affected, impairing the body’s ability to turn off inflammation. Chronic inflammation has been linked to heart disease, arthritis, Type 2 diabetes and even suicide attempts.

In a 2010 report in The Journal of Health and Social Behavior, Debra Umberson and Jennifer Karas Montez, sociology researchers at the University of Texas at Austin, cited “consistent and compelling evidence linking a low quantity or quality of social ties with a host of conditions,” including the development and worsening of cardiovascular disease, repeat heart attacks, autoimmune disorders, high blood pressure, cancer and slowed wound healing.

The Texas researchers pointed out that social interactions can enhance good health through a positive influence on people’s living habits. For example, if none of your friends smoke, you’ll be less likely to smoke. According to the researchers, the practice of health behaviors like getting regular exercise, consuming a balanced diet and avoiding smoking, excessive weight gain and abuse of alcohol and drugs “explains about 40 percent of premature mortality as well as substantial morbidity and disability in the United States.”

Lack of social interactions also damages mental health. The emotional support provided by social connections helps to reduce the damaging effects of stress and can foster “a sense of meaning and purpose in life,” the Texas researchers wrote.

Emma Seppala of the Stanford Center for Compassion and Altruism Research and Education, and author of the 2016 book “The Happiness Track,” wrote, “People who feel more connected to others have lower levels of anxiety and depression. Moreover, studies show they also have higher self-esteem, greater empathy for others, are more trusting and cooperative and, as a consequence, others are more open to trusting and cooperating with them.

She suggested that a societal decline in social connectedness may help to explain recent increases in reports of loneliness, isolation and alienation, and may be why loneliness has become a leading reason people seek psychological counseling. By 2004, she wrote, sociological research revealed that more than 25 percent of Americans had no one to confide in. They lacked a close friend with whom they felt comfortable sharing a personal problem.

For those seeking a health-promoting lifestyle, it’s not enough to focus on eating your veggies and getting regular exercise. Dr. Seppala advises: “Don’t forget to connect.”

Greeting neighbours or gossiping with a colleague can boost your health and well-being, but coronavirus lockdowns are putting that in jeopardy. Here’s how to stay connected

The ability to quickly detect and recognise the purpose of a social interaction is as indispensable today as it would have been to our ancient ancestors – but how does the brain do it?

The Science of Staying Connected

Evidence shows that social interaction is a biological requirement, much like eating, drinking and sleeping. Our ability to learn to talk, play, acquire new skills, fall in love, conduct business, and age in good health all hinge on our motivation to connect with other people, social neuroscientists have found.

You Should Talk to Strangers—Even During the Pandemic

Social distancing and isolation mean we’re missing out on serendipitous exchanges with strangers. Here’s why—and how—we should work to make them happen.

Coronavirus will also cause a loneliness epidemic

We need to take both social distancing and the “social recession” it will cause seriously.

Isolating the Elderly Is Bad for Their Health

Living alone without social interaction is implicated in higher rates of cardiovascular disease, worsening dementia and Alzheimer’s and shorter lives.

People Are Socialising More than Ever, Just In a New Way

A new culture is emerging as people all over the world are forced to stay at home to contain the spread of the coronavirus.

All Health Care Is Social: The Increasing Significance Of Social Interaction And Health

A new study suggests that each hour of screen time increases the severity of depressive symptoms in teens.

A new study suggests that socializing is always tiring, regardless of personality.

Sex educators and sexologists have some advice for coronavirus socializing. And it's kind of like in the bedroom: people must build trust, communicate their values and needs, and seek consent.

Social activity can be good for mental health, but whether you benefit depends on how many friends you have

There are many reasons being socially active is linked to better mental health and well-being. Social activities can be a way to establish new relationships, provide opportunities for social support and foster a sense of belonging within a community.

The Benefits of Social Relationships

Having and maintaining social relationships brings us not only rewards, but certain costs as well. These might include sacrificing some much-needed alone time in order to maintain a relationship, drawing on your emotional reserves when a friend needs support, and spending money for entertainment that you might not otherwise have spent. In general, we find these costs worth the friendship.

Evidence shows that social isolation is bad for your health, and that is especially true if you are older or a high-need patient—meaning you have two or more chronic illnesses and physical or cognitive limitations. That is because if you’re sick, being socially isolated makes you sicker and can even cause early death.

An Adult’s Guide to Social Skills, for Those Who Were Never Taught

It’s a shame so few of us are taught the basics of how to interact constructively with each other. If you never were, we’re here to help.

Social Interaction Is Critical for Mental and Physical Health

And, as myriad studies have shown, they may also be helping to save my life. As the Harvard Women’s Health Watch reported, “Dozens of studies have shown that people who have satisfying relationships with family, friends and their community are happier, have fewer health problems, and live longer.”