Where in health am I? : Home / Health Cloud / StaynHealthy / Skin Health / Tattoos & Piercings

My body is my journal, and my tattoos are my story ― Johnny Depp 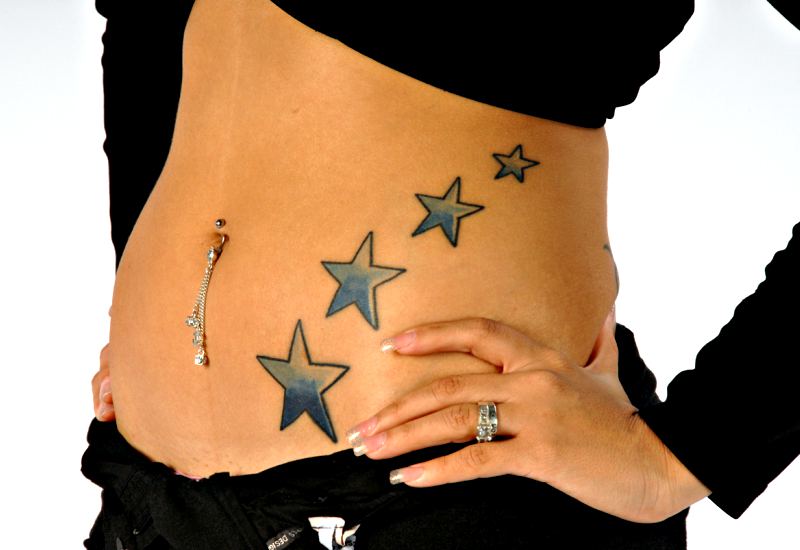 Why do people with visible tattoos and piercings get a bad rap? Just because someone has visible tattoos does not mean they are a bad person, nor are they yours to judge. Saying you don’t like tattoos is like saying you don’t like an entire art form, because yes, tattoos are art. People with tattoos have just as much right to go about their daily lives in peace, without having to deal with ignorant and insensitive questioning from a stranger. It is a choice that the person made to get what they have on their body, just like everything else they have on is. This runs the same with clothing or hairstyle; those aren’t yours to comment on either, so why do people think it is okay to comment on…

Ink Rx? Welcome to the World of Paramedical Tattoos

Tattoo Removal: How Much the PicoSure Laser Costs and How Much It Hurts

Spoiler alert: The answer for both is a lot.

Just 50 years ago, tattoos were incredibly rare — largely reserved for sailors, bikers, or ex-cons. Today, tattoos are everywhere. In 2015, nearly one in three Americans had at least one tattoo. You see ink on athletes, musicians, movie stars and politicians. Tattoo parlors are featured in reality shows, and the industry holds conventions all around the world. But the practice of marking our skin goes back to ancient civilizations, when tattoos served as a symbol of status, coming of age, or life achievements. So if humans have always marked themselves, why are so many people suddenly getting tattooed now?

Tattoos are permanent, but the science behind them just shifted

Your body never stops trying to contain the situation.

Tattoos: Addicted to the Needle

Humans have been marking their skin permanently for thousands of years. A tattoo can be a remembrance, a constant prayer, a warning, or simply an amazing work of art. The reasons behind it can be intensely personal, decorative, whimsical, or utilitarian. It can signify tribal allegiance, life history, or nothing at all. Collected below are recent images of skin art and a few glimpses into the owners of these tattoos and their reasons for modifying their own bodies.

Tattoos: The good, the bad and the bumpy

Tattoos can cause allergies — or they can prime the immune system.

What You Should Know Before Getting a Tattoo, According to Doctors

Tattoos are so popular, there are now official guidelines from pediatricians.

Temporary tattoos aren’t just for style anymore. Scientists have developed a new wearable sensor that looks and feels like a henna tattoo but can monitor electrical muscle activity and body temperature, too.

The truth about controversial aftercare products.

Banning piercings for under 18s may be medically a good idea, but it takes away choice and self-esteem

Teenagers are going to rebel, experiment and try new things. In the USA, more young people over 18 than ever before are getting piercings as well as tattoos. In the UK there has been a similar boom in young people getting piercings over the past 20 years – and having piercings has become a rite of passage for many. Something to get excited about – no different from a first alcoholic drink, or finally being able to call themselves an “adult” when they reach 18. The problem is that there can be serious health effects when getting a piercing.

Here’s What Kids Should Know About Tattoos and Piercings

“Tattooing is much more accepted than it was 15 to 20 years ago,” said Dr. Cora Breuner, lead author of the report, in a statement. “When counseling teens, I tell them to do some research, and to think hard about why they want a tattoo, and where on their body they want it.”

How to Identify and Fix an Infected Tattoo

You just got a new tattoo, and you are totally psyched about it. Maybe it’s your very first ink, maybe it’s your tenth time in the chair. Either way, you get a little nervous when it seems to be taking a long time to heal, and there’s more pain than there should be. It is entirely possible that your tattoo has become an infected tattoo, or that you are having an allergic reaction to the ink. Or worse.

Finding a good artist you vibe with is like finding a good doctor. Once you’ve found them, you go there for the rest of your life —owner, Dreamworx Ink.

No, My Tattoos and Piercings Do Not Make Me a “Bad Mom”

Piercings Are Back, Subtle and Sophisticated

Some piercings, like the tongue, eyebrow, lips and gauges that punch large holes through the ears are considered démodé: The look is too reminiscent of girls gone wild or simply not subtle enough to be considered cool.

Survival of the Tattooed and Pierced?

Body art may be evidence of high-quality genes in men.

For now, tattoo removal is still a challenge.

Humans have been marking their skin permanently for thousands of years. A tattoo can be a remembrance, a constant prayer, a warning, or simply an amazing work of art. The reasons behind them can be intensely personal, decorative, whimsical, or utilitarian.

Tattoos and infection: Think before you ink

Most people who get a tattoo come through the procedure with the design they desire and nothing more. It’s a testament to the safe practices of some tattoo artists and to the ability of the human body to resist infection. Here are a few tips for before and during tattooing to help prevent infection...

Tattoos in the Workplace: The Good, The Bad and The Ugly

Thinking about getting some ink? If so, you may want to check with your current or prospective employer about the workplace policy on tattoos. While tattoos can be seen as a form of self-expression, many hiring managers don’t see them as career building tools. In fact, 37 percent of HR managers cite tattoos as the third most likely physical attribute that limits career potential.

Tattoos: how the art gets under our skin

There’s something frustratingly arch about tattooing. Tattooists jealously guard their stencilled designs (called “flashes”) even as they create pieces that, by their very nature, come with their own sales reps.

Teen Wants A Tattoo? Pediatricians Say Here's How To Do It Safely

Marciano is part of a trend; 38 percent of millennials have at least one tattoo, according to the Pew Research Center, and 23 percent have a piercing somewhere other than an earlobe. That compares to just 6 percent of boomers with tattoos, and 1 percent with other piercings. The nation's pediatricians, who want teenagers and young adults to be aware of potential health issues with tattoos and piercings, released their first-ever recommendations on health and safety...

The Health Risks of Getting a Tattoo

The Identity Crisis Under the Ink

Americans—particularly Millennials—are getting more tattoos than ever. Is a shifting, increasingly uncertain culture to blame?

The Secret to a Tattoo's Permanence: The Immune System

The dye gets lodged deep in the skin thanks to hungry anti-inflammatory cells called macrophages.

These Color-Changing Tattoos Tell You Important Stuff About Your Health

Tattoo lovers and health fanatics are uniting over new technology from the brilliant minds of researchers at MIT and Harvard Medical School. By adjusting the standard tattoo ink formula, the team is converting body art into a personal health monitoring system that could revolutionize the way we connect with our bodies.

Warning Signs of an Infected Tattoo and How to Treat It

When Adolescents Want Tattoos or Piercings

Tattoos, which were once viewed in pediatrics as evidence of a somewhat marginal and high-risk lifestyle, have become sufficiently mainstream that it is now possible to hear college students talk of marking their individuality by not getting tattooed.

Why do people with visible tattoos and piercings get a bad rap? Just because someone has visible tattoos does not mean they are a bad person, nor are they yours to judge.

10 Things I Wish I Knew Before Laser Tattoo Removal

If you're reading this, you're probably in the tattoo regret phase. Or maybe you just want to fade your tattoo for a cover up. We created this list so you can start your journey of a safe tattoo removal.

42 Tattoo Tips for Beginners – Tattoo Placement, What to Expect and More

Getting your first tattoo is an exciting time. It can also be rather nerve wracking and overwhelming. With a few tips and tricks, it is very easy to escape anxiety and go get inked with confidence and comfort!

5 Reasons Why Tattoos Are a Bad Idea

Before I go on, I must clarify that there are many, many reasons why tattoos are a good idea (they can look really beautiful, amongst other reasons…) However in recent times, I have started to wonder whether people are really considering the permanence of a tattoo, before going ahead and getting inked.

Top 10 Reasons to NOT Get Tattooed

As an avid fan of body art, why would I discourage anyone from getting a tattoo? Well, there are some circumstances under which a person really shouldn't get tattooed - at least not yet - and here's the top list of those reasons you should probably wait.