Sex, sexual dynamics and how we define our sexuality, is one of the major deals in everyone's life - Molly Parker 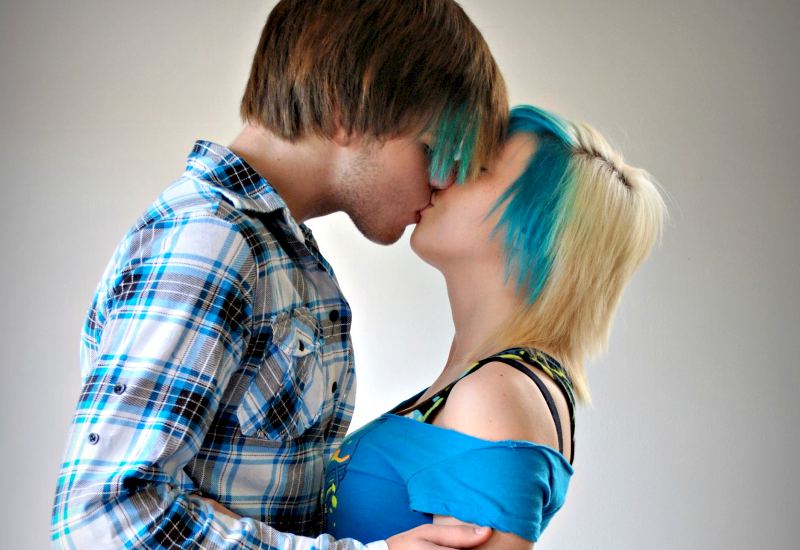 What You Should Know About Your Vaginal Health Before College

So, we turned to Dr. Jen Gunter, an ob-gyn, women’s health writer (for her own site and places like the New York Times), prolific tweeter, and author of the upcoming book The Vagina Bible: The Vulva and the Vagina—Separating the Myth from the…

The Case for Comprehensive Sex Ed

Why Are Young People Having So Little Sex?

Despite the easing of taboos and the rise of hookup apps, Americans are in the midst of a sex recession.

America’s sex education system is broken. This chatbot wants to be the solution.

Can a chatbot teach teens about sex? This episode of the Reset podcast uncovers alternatives to traditional sex ed.

Comprehensive, inclusive sexuality and relationships education (“sex ed”) teaches children and adolescents in age-appropriate ways that sexuality is a normal, healthy part of life. Good sex ed covers diverse topics such as human development, relationships and interpersonal skills, sexual expression, sexual health, society and culture, as well as how to prevent unintended pregnancy, sexually transmitted infections (STIs) and HIV. According to the United Nations, all young people have the right to information about sexuality. Without it, they’re vulnerable to coercion, unintended pregnancy and STI transmission.

Television programmes can influence the perceptions and behaviours of adolescents either negatively or positively. But if unregulated they can cause harm.

How physicians should talk to teens about sexual health

Talking to teens about their sexual health can feel like an awkward proposition even for physicians who regularly see teenagers, but it’s very important to their health, says LaTasha S. Perkins, MD, a family physician at Georgetown University Student Health Center in Maryland.

Let’s Stop Ignoring the Truths of Puberty. We’re Making It Even More Awkward

Sex education in U.S. schools is lacking, but new efforts to broaden its scope are bubbling up.

When it comes to talking about the “birds and the bees”, parents tend to focus on the risks of unprotected sex and the practicalities of safe sex. But if we only discuss the potential consequences of sexual activity, adolescents are likely to be less receptive than a bigger-picture approach. If we acknowledge that sex can be a positive experience, we are better able to portray sex and intimate relationships as something worth waiting for, rather than something to rush into.

Two teams of eight 16-year-old girls, from Spain and Albania, decided that assault and domestic abuse is an important issue that they wanted to tackle through designing apps. One of the teams has even won the senior division and received $15,000 to bring their ideas to life. The eight talented, courageous young women have lots to share that can inspire us.

Some researchers have found links between sexting and factors such as sexual activity, substance use (for example use of drugs and alcohol) and emotional health. Others have found no evidence of these associations.

What You Should Know About Your Vaginal Health Before College

Advocates for Youth champions efforts to help young people make informed and responsible decisions about their reproductive and sexual health.

Betty Dodson PhD and Carlin Ross JD launched this site in 2007 to promote the "Betty Dodson" method of selflove and feminist-based sex education. All of our content is based on questions submitted here and answered by Betty from users all over the world.

Straight talk for boys about puberty, sex and sexual development.

Free Teens Leadership Training is a reality-based, abstinence-centered HIV/AIDS, STDs, and Pregnancy Prevention program used in 38 states and in more than 70 countries around the world.

iwannaknow.org offers information on sexual health for for teens and young adults. This is where you will find the facts, the support, and the resources to answer your questions, find referrals, and get access to in-depth information about sexual health, sexually transmitted infections (STIs), healthy relationships, and more.

Our Bodies Ourselves (OBOS) is a nonprofit, public interest organization based in Cambridge, Mass., that develops and promotes evidence-based information on girls’ and women’s reproductive health and sexuality.

Power to Decide, the campaign to prevent unplanned pregnancy, works to ensure that all young people have the power to decide if, when, and under what circumstances to get pregnant.

Many people don't grow up knowing how to arrange for or manage healthcare. But you may be responsible for it now or very soon. Sexual healthcare is a kind of care that people often don't want parents or guardians involved in, so it may be that seeking out sexual healthcare is where you find you first need to navigate your healthcare on your own.

SexandU.ca takes a real-life approach to the questions and issues around sex and sexuality that matter most to Canadians. From talking about sex, to lifestyle choices, to contraception awareness and sexually transmitted infections, SexandU.ca provides accurate, credible, and up-to-date information and education on topics related to sexual and reproductive health.

Web site on sexual health that is written by teens, for teens and is part of the Teen-to-Teen Sexuality Education Project

The purpose of TeenSource.org, an online resource developed by the California Family Health Council, is to improve the health and well being of young people in CA by providing non-judgmental, accurate, and reliable sexual and reproductive health information and resources.

Information on sex and relationships, HIV and AIDS and resources...Wondering whether to have sex or to do other sexual activities with someone can be tricky, and people have really strong, varied views on it. Sometimes young people’s views on sex are influenced by their background, sometimes by their friends. As a young person, it’s good to learn about why people have sex, how young people can make decisions about their lives and what can happen after sex.

Candid web site answering questions about sex, sexuality, and other sex realted issues...We have a quick and easy online tour through the most important topics for teens who are sexually active now or just thinking about having sex. You have the right to complete and honest sex education. Demand information from your school, healthcare provider and parents.

Articles about puberty, menstruation, infections, and just about everything else you wanted to know, for guys and girls.